Born in wartime Yokohama on February 20, 1943, Inoki founded New Japan Pro Wrestling in 1972 before entering politics in 1989, when he was elected to the Japanese House of Councillors.

Known as Japan’s Dennis Rodman, he even fought boxer Muhammad Ali in the 1976 ’bout of the century’ – a fight which experts say served as a predecessor to modern day mixed martial arts. 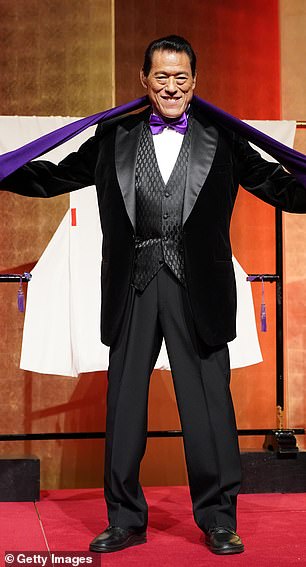 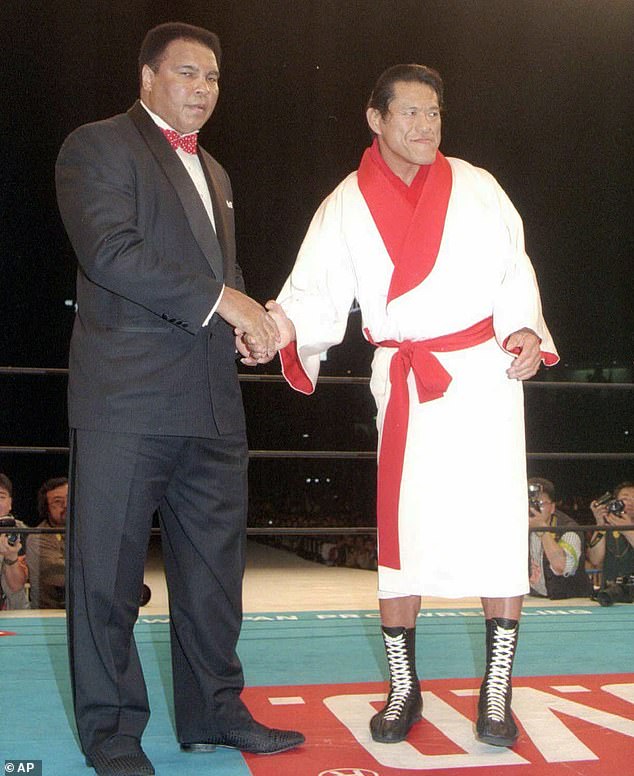 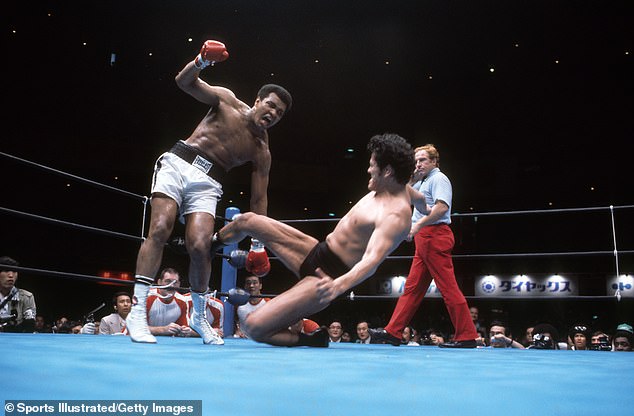 Known as Japan’s Dennis Rodman, Inoki fought boxer Ali in the 1976 ’bout of the century’ – a fight which experts say served as a predecessor to modern day mixed martial arts 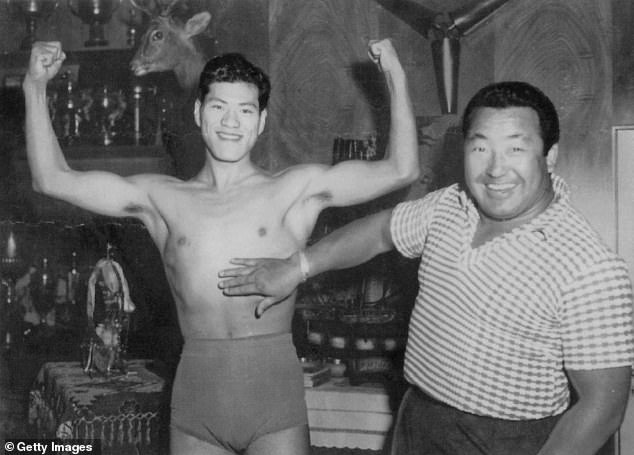 Rikidozan and Antonio Inoki in around 1960 in Japan 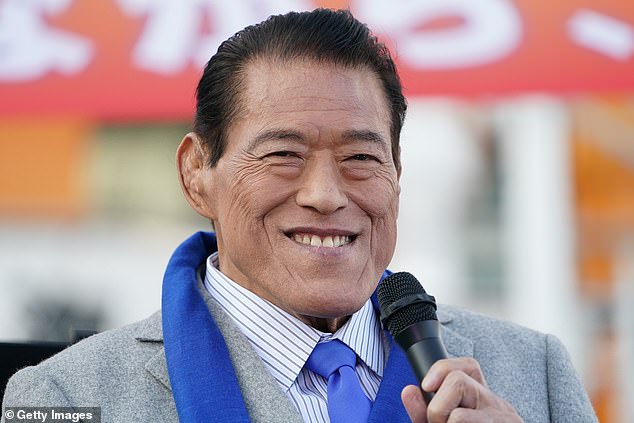 Professional wrestler Antonio Inoki speaks at an event on October 31, 2020

During his time in office, Inoki represented Japan in meetings with the likes of Cuba’s Fidel Castro and Iraq’s Saddam Hussein.

Inoki was also an ambassador for professional wrestling, bringing major events to places like Russia and China.

In 1995, Inoki fought American Ric Flair in what was called the ‘Collision in Korea,’ a two-day event held in Pyongyang’s huge May Day Stadium that drew a reported 380,000 spectators and guest attendees including Ali. 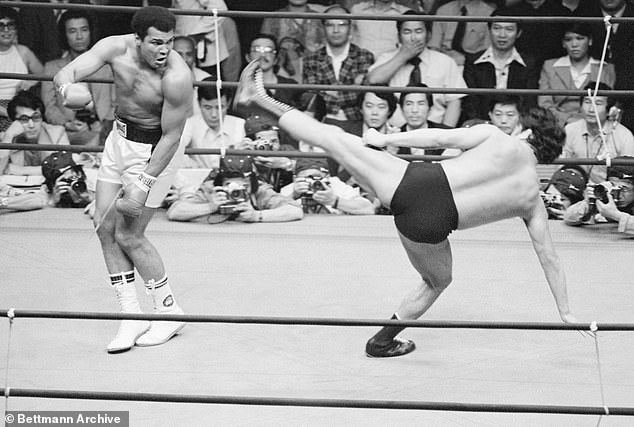 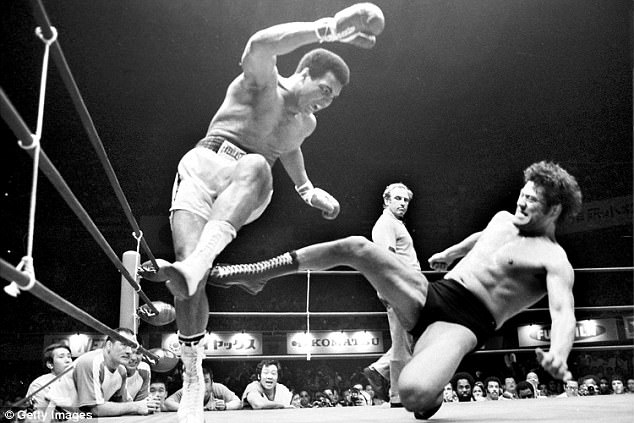 And in 2010, Inoki was inducted into WWE Hall of Fame.

Yahoo Japan reported that Inoki had passed away aged 79 following a string of health issues in recent years. No cause of death has been revealed.