Jared and Ivanka are in a ‘death match’ with John Kelly

The conflict between White House chief of staff John Kelly and Trump son-in-law Jared Kushner and his wife Ivanka Trump has has morphed into a pitched battle that only one side can win.

Kelly, who sought to streamline the staff and limit access to the president when he first came on board, was responsible for the new policy that resulted in Kushner losing his top level security clearance last week.

The move is being taken personally – including inside the Trump family.

The president’s eldest son, Donald Trump Jr., was angry about the media coverage that Kushner sustained Tuesday night as news broke that he had lost his top clearance, Axios reported.

Trump Jr. feels Kelly is leaving Kushner hanging out to dry, a source familiar with the situation told the publication. ‘Javanka and Kelly are locked in a death match. Two enter. Only one survives,’ said a White House official.

Kushner, meanwhile, is under the impression that Kelly’s new policy on security clearances was designed to single him out.

Kushner believes ‘everyone is out to get him,” a source told CNN. The president’s son-in-law has been asking: ‘Why is John Kelly doing this?’

The president – who has singled out Kelly for criticism online in the past – also has concluded that Kushner is getting a bad deal, and that the media has been unfair to him, according to the report.

Kushner, a senior White House advisor, had his security clearance downgraded last week following a review ordered by Kelly, it was revealed Tuesday.

Nevertheless, he remains a ‘valued member of the team,’ White House press secretary Sarah Huckabee Sanders said at a press briefing Tuesday. The White House cancelled its scheduled Wednesday briefing amid the continued fallout from the story. 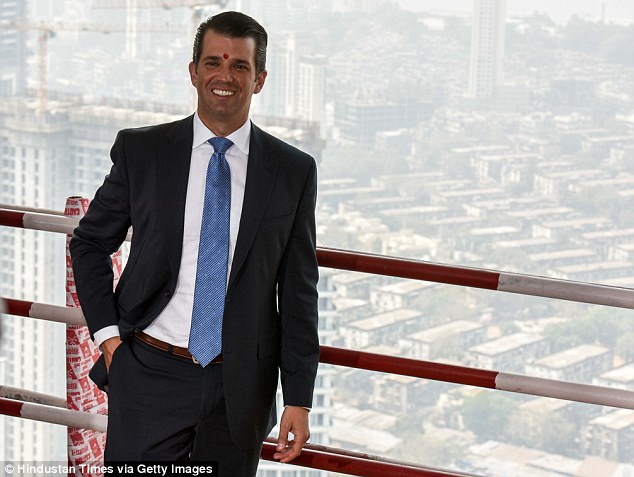 The president’s eldest son, Donald Trump Jr., was angry about the media coverage that Kushner sustained Tuesday night, according to a report

The downgrade took place along with other aides who were working on temporary or interim security clearances at the Top Secret/SCI-level level,  Politico first reported Tuesday.

It also followed the discovery of efforts by foreign government including Mexico and China to try to manipulate Kushner, the Washington Post revealed.

The foreign governments sought to capitalize on Kushner’s novice status to the world of politics and foreign policy – armed with knowledge his family business was anxious to find financial partners to ease overwhelming debt.

As part of the downgrade, he will suffer the loss of access to the president’s daily intelligence briefing.

He will now have to work through his extensive portfolio relying on information only at the top secret level.

Both women had told the FBI information about the allegations during the extensive background check process, but it did not prevent Porter from ferrying top secret information to the president’s desk on a daily basis.

The downgrade comes as the Post reported at least four countries privately discussed ways to manipulate Kushner – who was new to government in 2017 and oversaw a real estate empire that took on massive debt.

Among nations trying to work the angle in some cases by dealing directly with Kushner were United Arab Emirates, China, Israel and Mexico, according to the report.

The issue of Kushner’s foreign meetings was raised with National Security Advisor H.R. McMaster, who learned that the contacts were not lined up through the NSC. A former White House official told the Post people in the building were concerned Kushner was ‘naive and being tricked.’

According to a previous statement issued by Kelly: ‘I will not comment on anybody’s specific security clearance situation or go beyond the memo released last week. As I told Jared days ago, I have full confidence in his ability to continue performing his duties in his foreign policy portfolio including overseeing our Israeli-Palestinian peace effort and serving as an integral part of our relationship with Mexico.’ 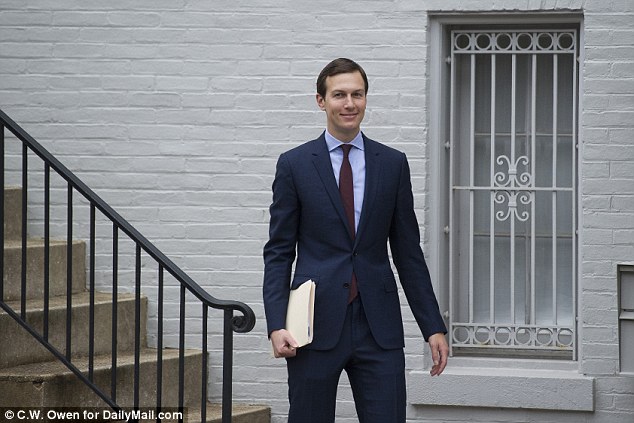 ‘Everyone in the White House is grateful for these valuable contributions to furthering the President’s agenda. There is no truth to any suggestion otherwise,’ he said.

The statement did not mention Kushner’s work with China, but an official said ‘he’s involved in the economic dialogue but that’s been his role on it for months.’

Raffel, who was promoted to the position of deputy communications director in the fall, had become the White House’s go-to crisis communications guy, while also having his hand in a number of policy areas.

A senior administration official said Tuesday: ‘The president said the other day … he has great faith and confidence in Jared. He feels like he’s being treated very unfairly  he never gets any credit, he works for nothing and we all know Jared works on major pieces of the president’s portfolio, foreign and domestic.’ 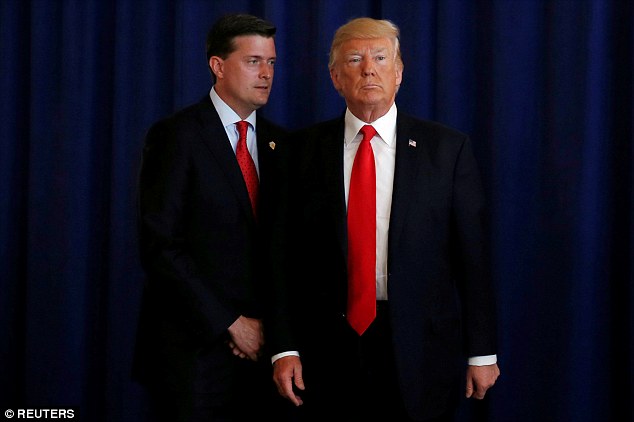 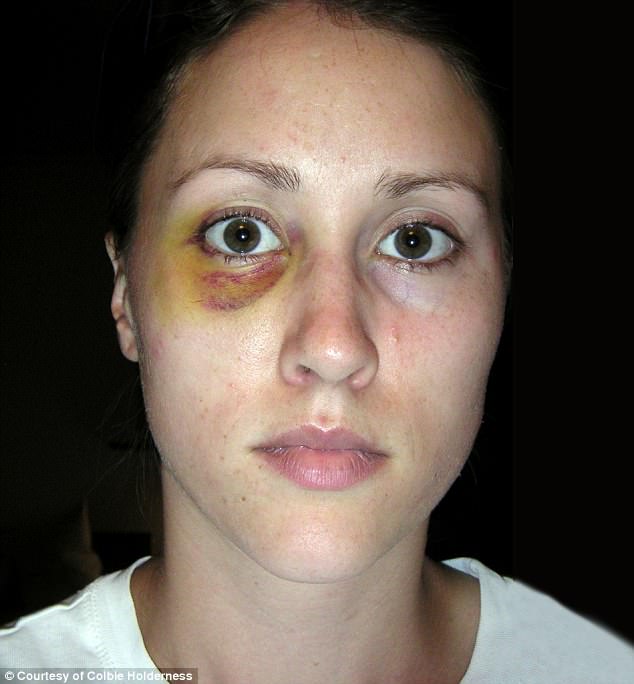 FALLOUT: Kushner’s downgraded clearance is yet more fallout from the DailyMail’s report of abuse allegations against former White House Staff Secretary Rob Porter. Here is an image of Colbie Holderness, the first wife of Rob Porter, who came forward with abuse allegations 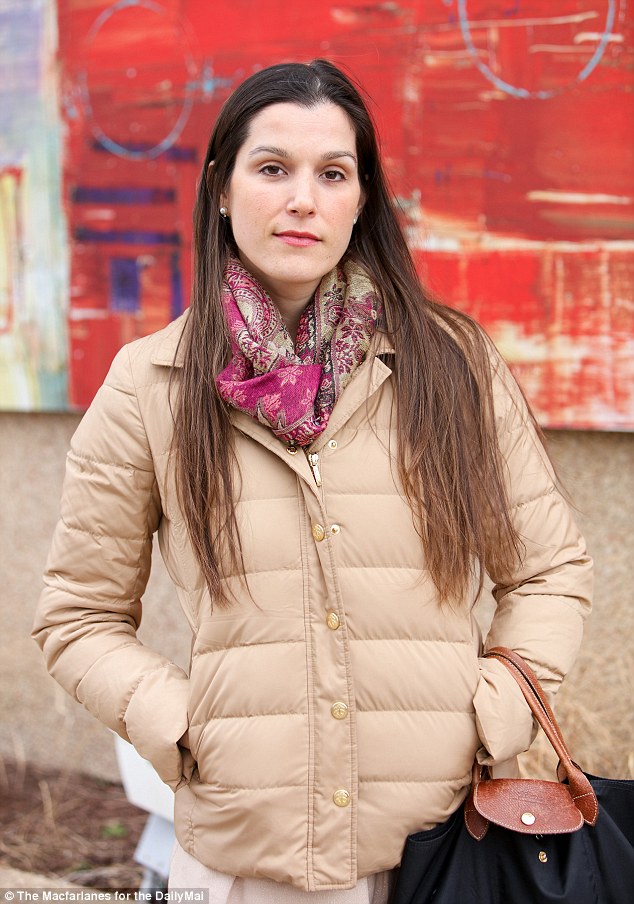 Jenny Willoughby speaks to DailyMail.com about her relationship with White House Staff Secretary Rob Porter, who worked in the White House on a series of temporary security clearances despite abuse allegations against him

A Hollywood public relations executive, Raffel was brought on to lead the communications team for the Office of American Innovation, which Kushner heads.

His position evolved to becoming the spokesperson for the first daughter and her husband, both top White House advisers.

News of Raffel’s departure comes as Kushner’s ability to tend to his vast portfolio is being questioned, while White House fault lines are spilling into the press, with Kelly reportedly saying privately that Ivanka Trump is merely ‘playing government.’

CNN reported that Kelly called one of her main policy proposals, the child tax credit, ‘a pet project.’

It was President Trump’s idea, according to a senior official from the White House, to send his daughter on the trip.

In another bad break for Kushner, a quote attributed to him that was included on a Trump campaign release Tuesday is in apparent violation of the Hatch Act.

The release naming Brad Parscale as campaign manager for 2020 issued a quote from Kushner praising him under the official government title ‘assistant to the president’ – which is prohibited.

‘Brad was essential in bringing a disciplined technology and data-driven approach to how the 2016 campaign was run. His leadership and expertise will be help build a best-in-class campaign,’ Kushner is quoted as saying. 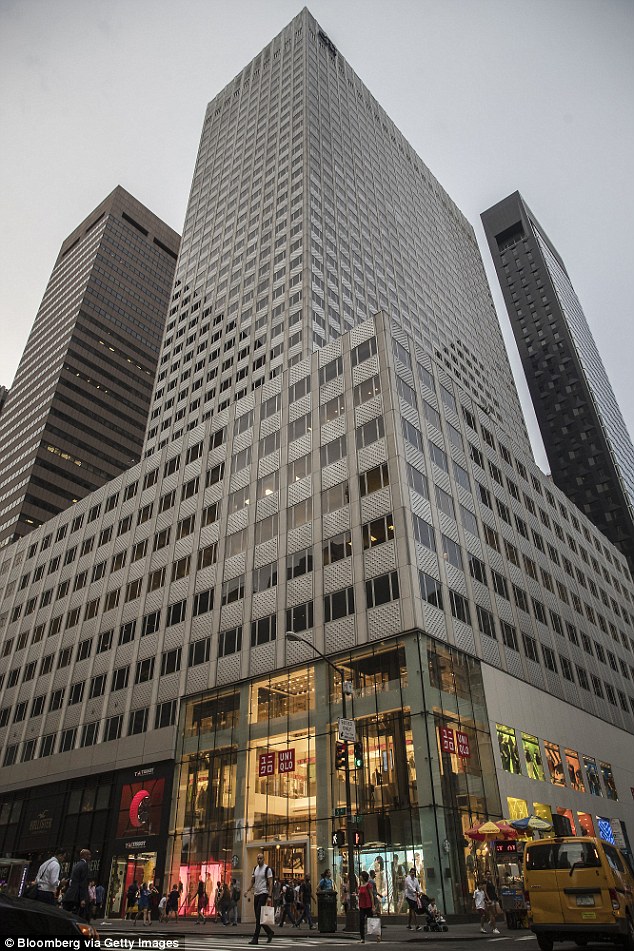 On the business front, Kushner Cos, which Kushner used to run, is in talks to buy the remainder of its stake in flagship property 666 Fifth Avenue 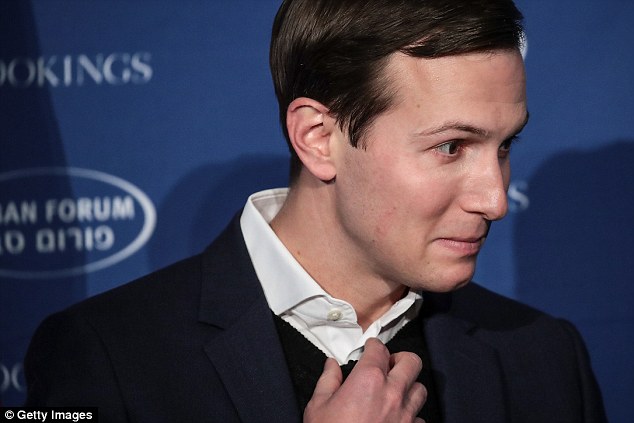 White House Senior Advisor to the President Jared Kushner speaks during a conversation with Haim Saban at Saban Forum, December 3, 2017 in Washington, DC

After the AP asked the campaign about the title, it was removed from the online version Tuesday.

According to a statement by Citizens for Responsibility and Ethics in Washington, ‘Two weeks ago we sent a complaint to Chief of Staff John Kelly outlining why it was a national security risk to allow Jared Kushner to continue accessing top secret information while his full security clearance has still not been adjudicated after more than a year, and requesting that his temporary clearance be revoked. We are glad that Kushner and the rest of the White House officials still on interim clearances have now lost access to top secret information.’

The statement continued: ‘There continue to be serious questions as to the Trump administration’s handling of secure information; failure to at least downgrade Kushner’s temporary clearance would have set a dangerous precedent by signaling a willingness to tolerate unacceptable national security risks.’

But on the business front, Kushner Cos, which Kushner used to run, is in talks to buy the remainder of its stake in flagship property 666 Fifth Avenue, Reuters reported.

Vornado Realty Trust owns a 49 per cent stake in the Midtown building. Kushner Cos got the building in 2006 for $1.8 billion, but has been investors to inject cash for a major redevelopment project.

A former Qatari prime minister is among those who considered investing millions in the deal.

In the fallout from the Porter scandal, Kelly released a memo telling aides to discontinue the use of interim clearances for people with applications pending since June 1 – a group that included Kushner.

‘As we’ve said many times before, we’re not going to discuss individual clearances. That goes to a broader number or an individual number so I’m not going to get into that today just as I haven’t in the past,’ she said.

On Tuesday, minutes before the news broke, Sanders said: ‘He is a valued member of the team and will continue to do the important work he has been doing since he started in the administration.’ 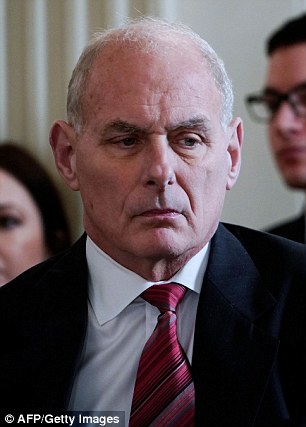 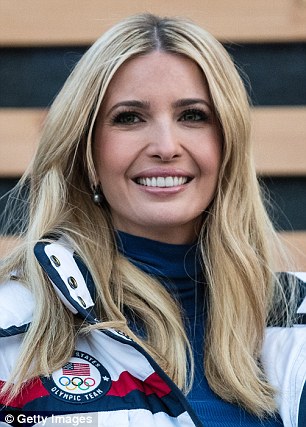 Chief of Staff John Kelly (left), according to CNN, was not enthusiastic about sending first daughter and top White House adviser Ivanka Trump (right) as the U.S. delegation’s leader to the closing ceremony of the PyeongChang 2018 Olympic Winter Games 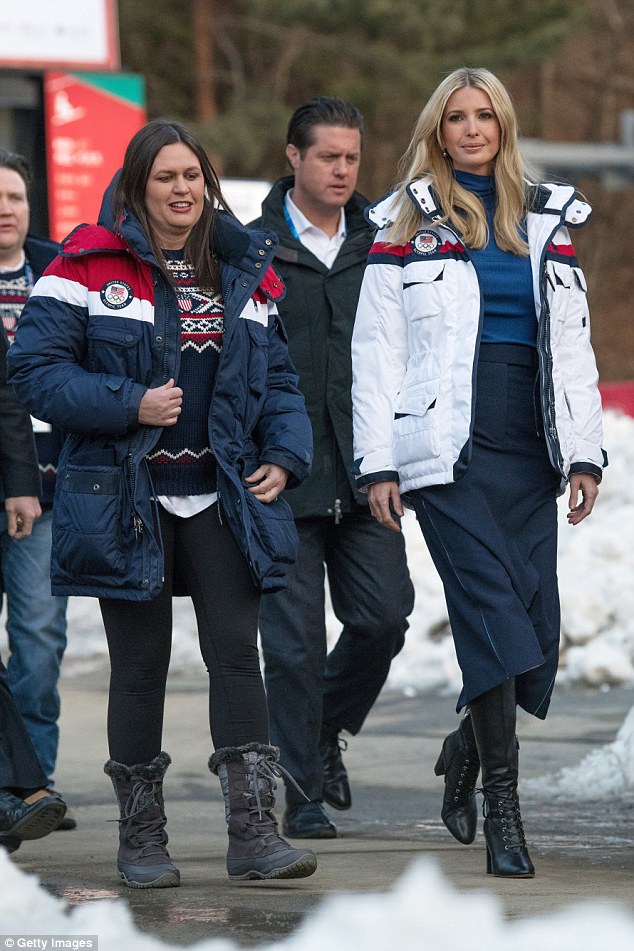 In yet another blow, chief of staff Kelly was not initially ‘enthusiastic’ about sending first daughter and top White House adviser Ivanka Trump – Kushner’s wife – to South Korea as the leader of the American delegation for the closing ceremony of the Olympic games.

CNN reported that Ivanka Trump’s unique position in the White House is ruffling feathers, with Kelly getting increasingly frustrated over the first daughter having it both ways – she’ll play the role of White House adviser when it best suits her, and first daughter when being an official doesn’t get her what she wants.

Kelly has said privately that Ivanka Trump is merely ‘playing government,’ CNN said, with the chief of staff calling one of her main policy proposals, the child tax credit, ‘a pet project.’