Jared Kushner registered to vote in New York as a WOMAN

Jared Kushner registered to vote as a woman in 2009, it was revealed on Wednesday.

A White House aide told DailyMail.com he was ‘trying to figure … out’ how the senior presidential advisor and husband to Ivanka Trump was listed that way in New York’s voter records.

Those records also indicate that he voted on Election Day last year, meaning that he cast his ballot as a female.

Do I look female to you? Donald Trump’s son-in-law Jared Kushner is registered to vote in New York as a woman

Wired magazine reported on the paperwork quirk, based on opposition research from the liberal advocacy group American Bridge.

‘Kushner can’t even fill out the most basic paperwork without screwing it up, so it’s a mystery why anyone thinks he’s somehow going to bring peace to the Middle East,’ the group’s spokesman Brad Bainum said in a statement.

‘Would anyone but the president’s son-in-law still have a West Wing job after repeated disclosure errors and a botched a security clearance form?’

That jab referred to Kushner’s repeated updates of his security clearance application.

Initially when he filed it with the Secret Service, the form omitted records of all his foreign contacts – a key disclosure used to determine if an applicant is a national security risk.

He later claimed that an assistant had accidentally filed the report electronically before it was completed.

It also misstated the dates of his graduate degrees, Wired reported, and omitted President Trump’s address.

Kushner ultimately submitted a supplemental form, acknowledging that his original filing was incomplete. 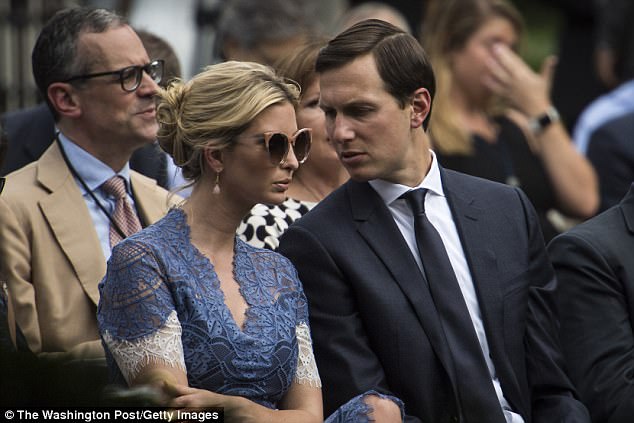 You did WHAT? The voter records were uncovered by a liberal opposition-research group and passed to a reporter 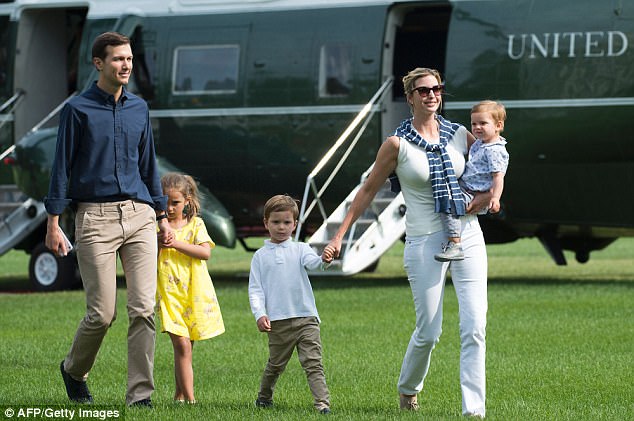 All man: Kushner is married to Ivanka Trump and has three children with her

When he filed a second amendment in May – adding more than 100 calls and meetings with foreign leaders – he omitted last year’s now-infamous Trump Tower meeting that included a Russian lawyer with Kremlin ties.

In June he filed more changes, this time including the name of Natalia Veselnitskaya, whom he described as ‘the person who has since been identified as a Russian attorney.’

There has been no suggestion that voting on the basis of his incorrect registration would amount to fraud on Kushner’s part.