Jared Kushner’s former Harvard classmates have heaped scorn upon him in their 15th Anniversary Report, savaging President Donald Trump’s son-in-law for his role at the White House.

Ben Wikler, a fellow member of the Class of 2003, shared the brutal excepts from the class report on Twitter ahead of the 15th Reunion, scheduled for later this week in Cambridge, Massachusetts.

Kushner has not publicly RSVP’d to the reunion, and did not contribute to the class report, intended as a way to share life updates.

‘I, for one, am actually glad that our Class of ’03 finally has a real, live fascist among us. Who says Harvard isn’t diverse!’ wrote Jon Sherman, a lawyer for the Fair Election Center. 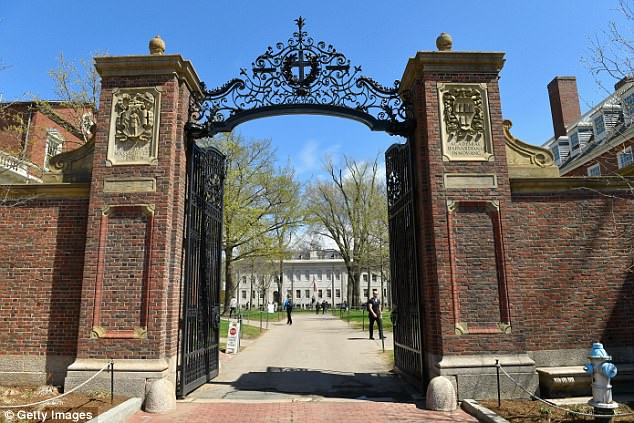 Kushner has not publicly RSVP’d for the Class of 2003 reunion, scheduled for this week. Pictured: The gates of Harvard University in Cambridge, Massachusetts

‘I’ve always wanted to meet someone who is as unfamiliar with the principles of democratic self-government or the history of twentieth-century ideologies that resulted in mass slaughter as he is with how to grow a beard,’ Sherman wrote. ‘Poor dude – probably just wishes he could walk around New York again without anyone calling him a traitor or collaborator.’

According to Wikler, the Washington director for progressive policy advocacy group MoveOn, Kushner himself did not contribute to the class report.

But other classmates had plenty to say about him in their own contributions, particularly about the fact that Kushner was accepted to Harvard following his real estate mogul father’s multi-million dollar donation pledge.

‘In future, I hope Harvard shows better standards in its fundraising and admissions, if only because Kushner has caused so many Harvard graduates to waste precious time and money combating his family’s terrible agenda,’ wrote Chanda Prescod-Weinstein, a theoretical physicist and cosmologist. 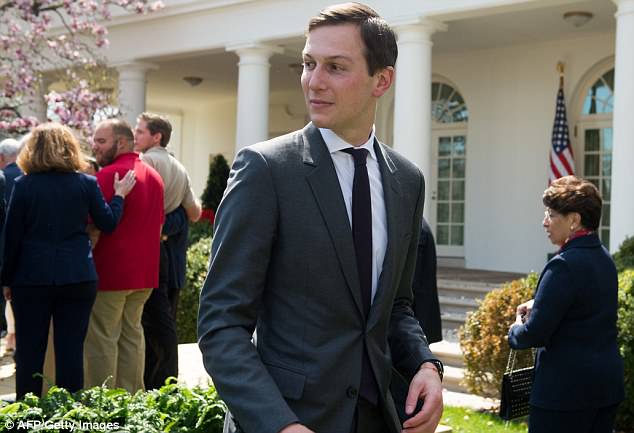 Classmates had plenty to say about Kushner, particularly about the fact that he was accepted to Harvard following his real estate mogul father’s multi-million dollar donation pledge

Get out of here now’

Other entries were in no mood for jokes.

‘Mostly, I feel low-grade, constant horror as I watch attacks on refugees, minorities, my most at-risk patients, women’s rights, and the environment, and new threats of nuclear war,’ wrote one classmate who said her grandparents were Holocaust survivors.

She continued: ‘Our classmate Jared Kushner surely knows that climate change is real, and yet he watches as regulations are dismantled daily. Shame on you, Jared Kushner.’