Karl Stefanovic’s ex wife Cassandra Thornburn revealed all about her nasty split with her former spouse on Monday in an explosive interview with Woman’s Day.

But it was business as usual for the Today show host and his girlfriend Jasmine Yarbrough on Thursday, with the pair continuing to cement their place on the Sydney social scene.

This time the couple attended two events separately – Karl at the charity Wharf4Ward event in Woolloomooloo, while Jasmine was across town celebrating with the girls at the Cosmo Women Of The Year Awards. 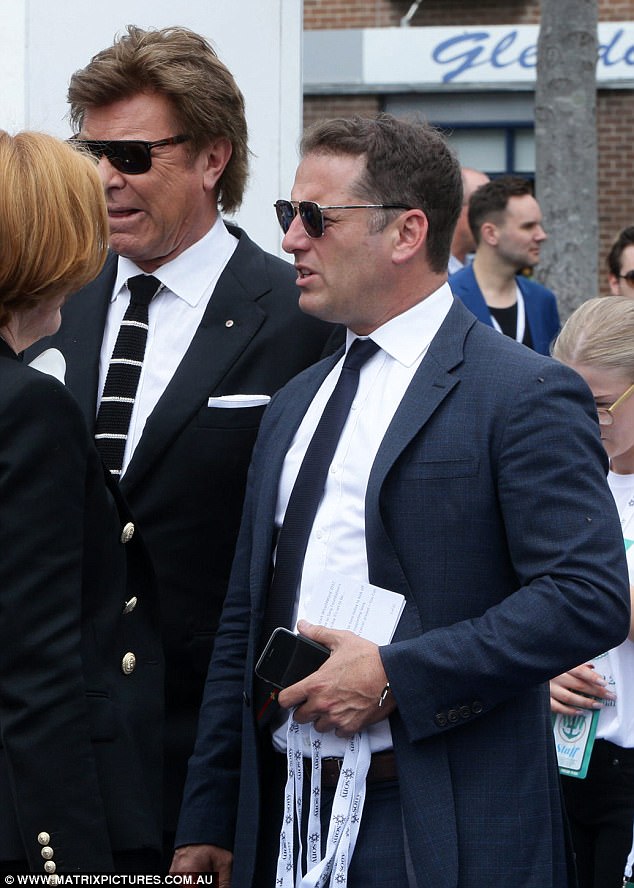 Host with the most: Meanwhile, her boyfriend Karl Stefanovic was hosting the Wharf 4 Ward charity event alongside Richard Wilkins in Woolloomooloo

Karl and Jasmine’s sighting follows Cassandra’s interview with Woman’s Day, where she opened up on their nasty split.

Likening the breakup to experiencing the death of a family member, the 46-year-old admitted she will never have an amicable friendship with her ex.

‘The children still have a father but I don’t have a husband. He really is dead to me and no, we won’t ever be friends again,’ she said. 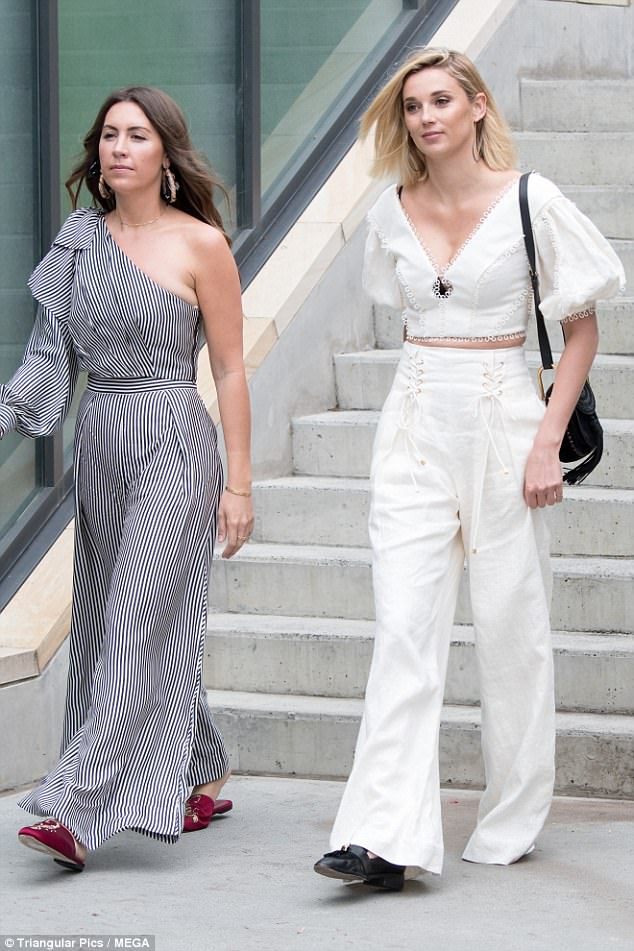 Toned tummy: Jasmine showed off her toned tummy in an off-white ensemble as she attended the awards with her Mara and Mine business partner Tamie Ingham 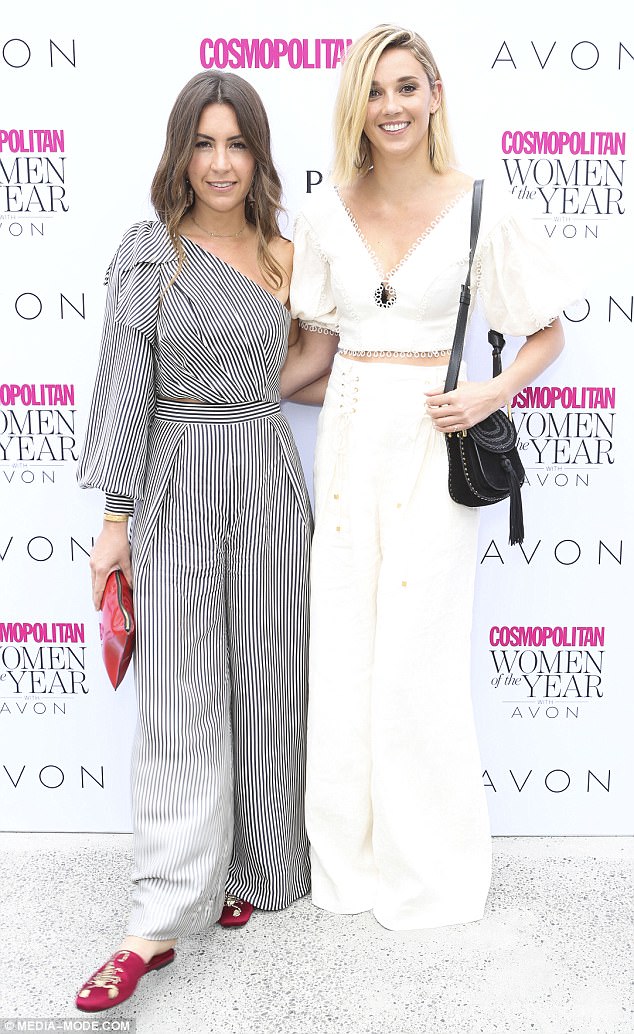 Slender: Jasmine showed off her very slender frame in her summery ensemble

Following their split, Cassandra said she was left in shock, falling in a ‘heap’ when the couple’s children, Jackson, 18, Ava, 12, and River, 10, would go to school.

There were days in the beginning I would get up, put on a brave face and drop the kids at school.

‘Then I’d get to the back door and I would lie in a heap for the rest of the day unable to move – there were very dark days. 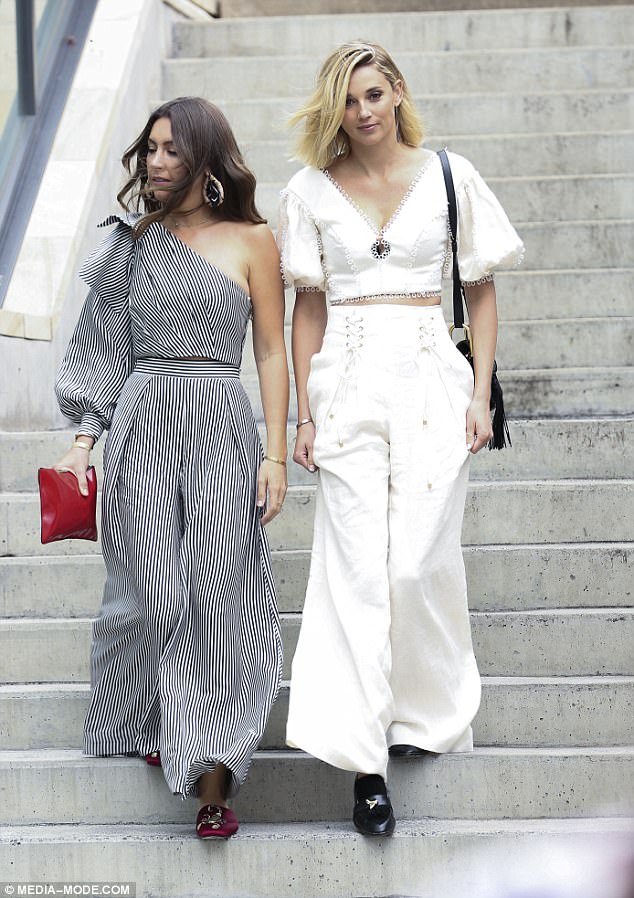 Accessories: The two business owner wore shoes from their own line

‘I was completely gazumped when I realised Karl had gone.’

Cassandra added that she had relied on her friends for support in the wake of the split, but there were still elements of her former life she couldn’t bring herself to face – like the former couple’s marital bed.

‘I slept on the couch in front of the fire for months because I didn’t want to go near the marital bed. I was in a very dark place,’ Cassandra confessed.

Since the split, Karl was quick to move on, starting a relationship with Jasmine. 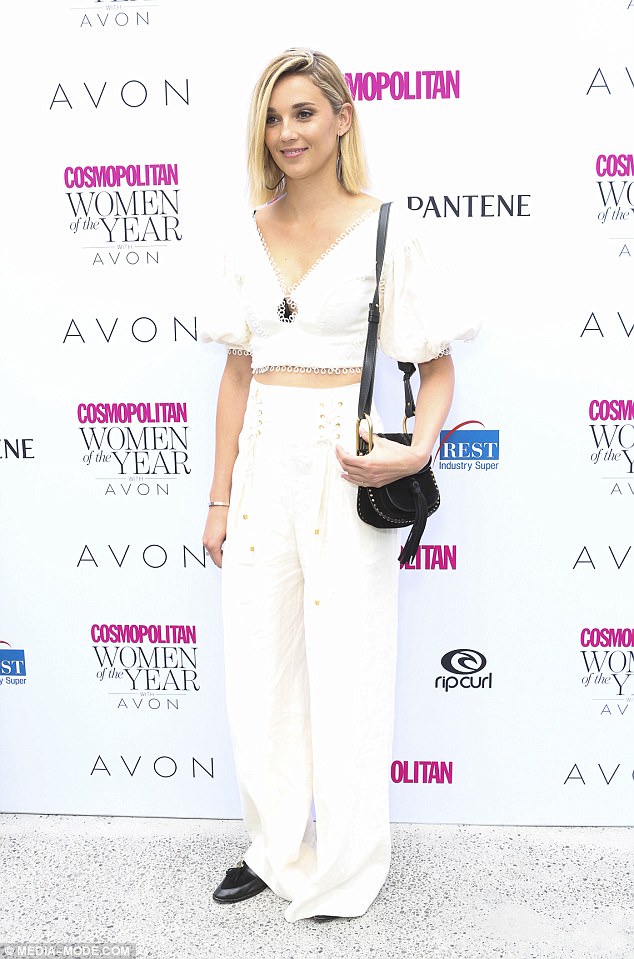 Red carpet regular: Jasmine has become a fixture on the Sydney social scene since she has started dating Karl

According to the magazine, Cassandra and Karl’s children are yet to meet their father’s new flame despite the couple living just a suburb away.

Cassandra said it was thinking of her kids’ well-being that pushed her to move forward with her life.

She recalled that her eldest son Jackson took the marriage breakdown particularly hard, refusing to leave their Lindfield family home for their new $8 million Cremorne mansion.

Instead, he slept on the floor of his former bedroom while his mother and siblings set up in the new home, despite all the furniture being already removed from the family’s former abode.

Despite the turmoil of the relationship breakdown, Cass admitted she was now feeling stronger than ever and was prioritising the happiness of her children above all but was open to meet someone new if the opportunity arose. 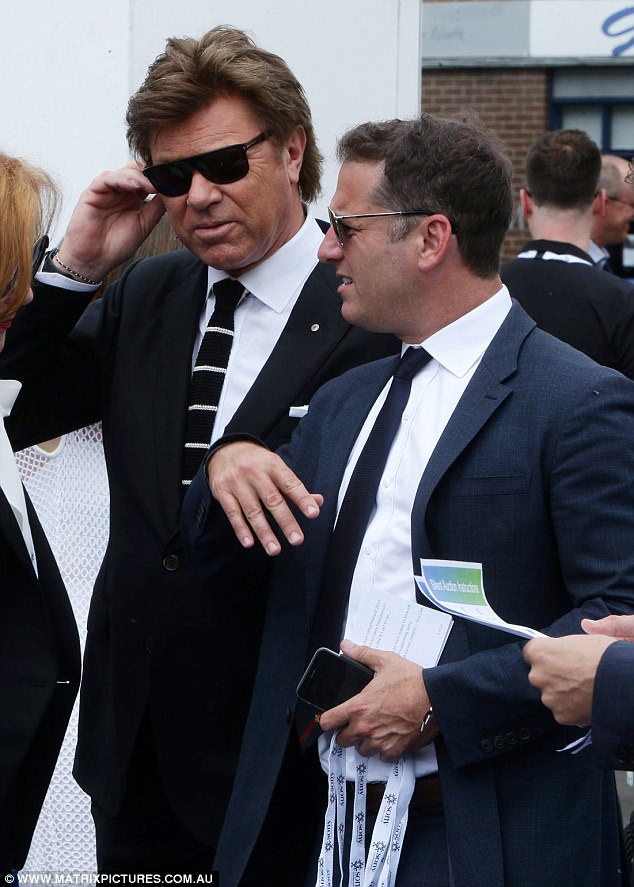 Besties: Karl suited up to host the Sony charity event with his close pal and colleague