What crisis? Jasmine Yarbrough gives a defiant smile as she dons an all-black ensemble while shopping for bargains at a Sydney boutique

She’s been caught-up in the midst of the drama surrounding the axing of her new husband Karl Stefanovic, 44, from the Today Show.

However, it appears that it is all water off a duck’s back for Jasmine Yarbrough, 34, who gave a defiant smile as she shopped at upmarket stores near the couple’s home in Sydney on Friday.

Clad in an all-black ensemble, the Mara & Mine shoe designer cut a solo figure as she browsed through a number of the hanging dresses at the store.

What crisis? Jasmine Yarbrough (pictured), 34, gave a defiant smile after she donned an all-black ensemble and went shopping for bargains at a Sydney boutique on Friday

Looking calm and relaxed, the former model was spotted chatting to a number of shop assistants as she browsed the dresses.

The glamorous newlywed was particularly interested in a blue dress wrap dress, which she asked the assistant to bring over for her.

Jasmine was later seen leaving the store carrying a white garment bag emblazoned with designer Carla Zampatti on it. 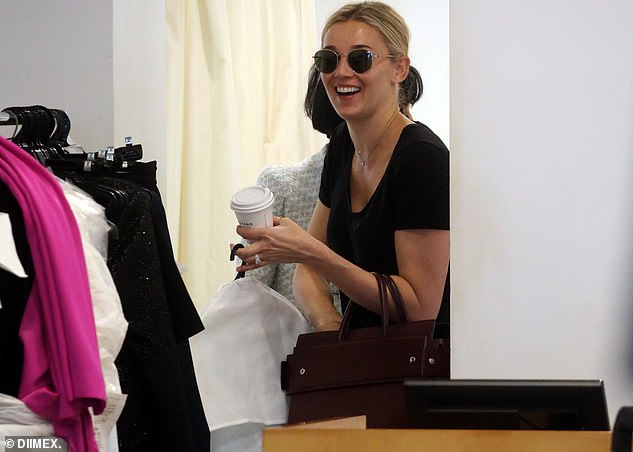 Nothing to see here: Jasmine was all smiles as she was helped with a shop assistant at the Sydney boutique after arriving home from her honeymoon

For the outing, Jasmine opted for a fitted black scoop neck T-shirt which she complemented with a pair of tailored black pants.

Jasmine opted to give the ensemble a stylish touch by toting a structured brown designer handbag, circular sunglasses and a number of dainty necklaces.

The blonde beauty opted to finish her outfit with what appeared to be a pair of her shoes from her own Mara & Mine label. 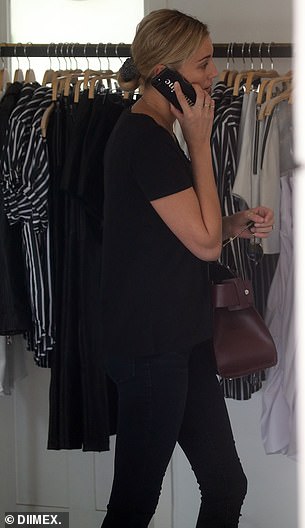 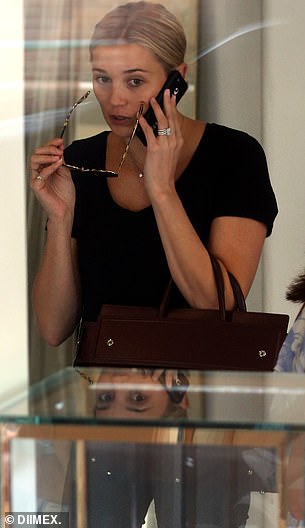 Now ear this: Jasmine at one point took what appeared to be an important call in the store 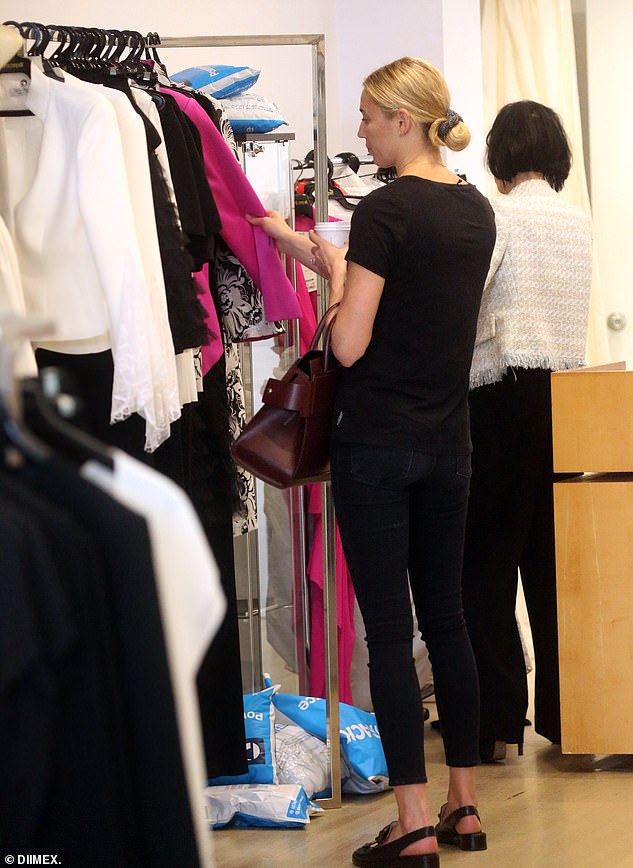 Finding a bargain? Jasmine was seen browsing the clothing at the upmarket boutique 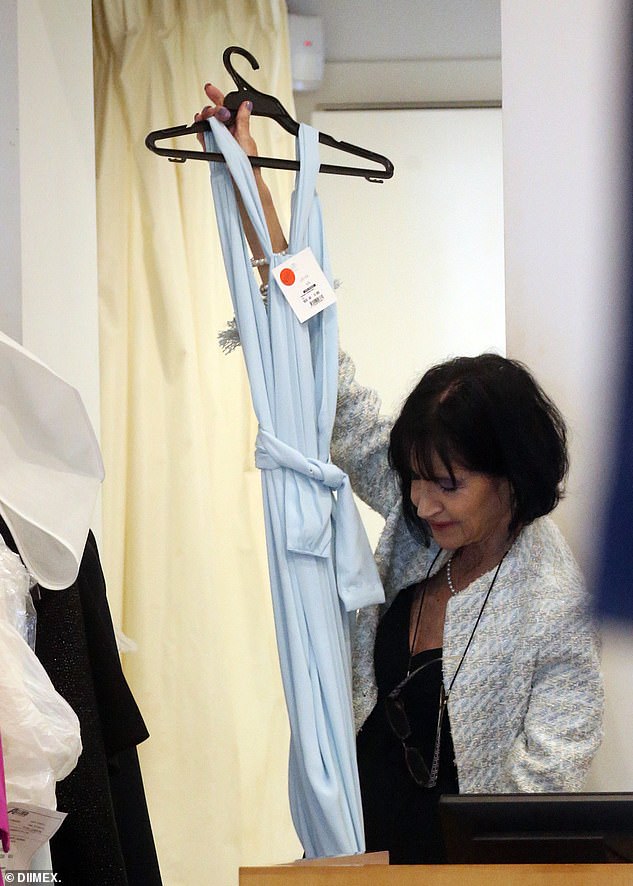 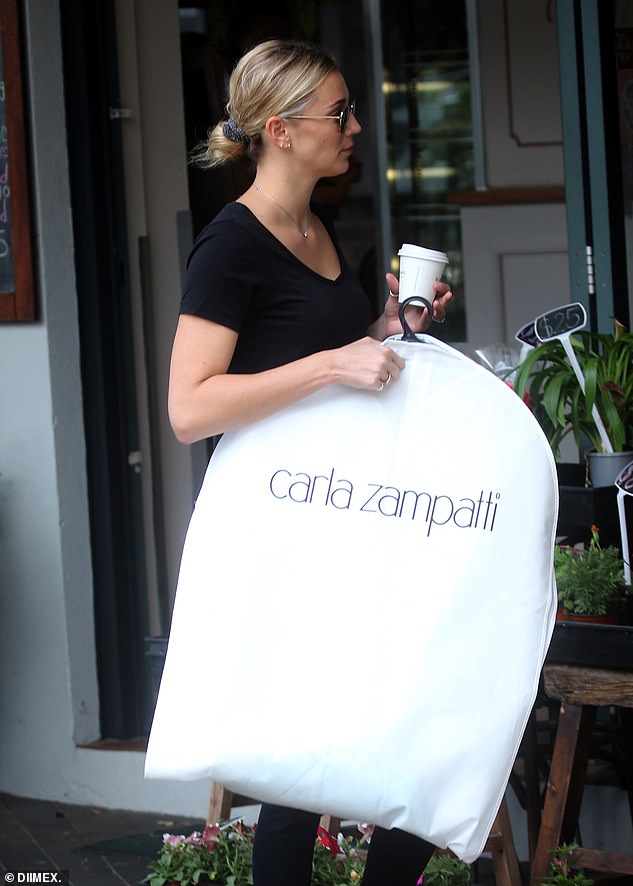 Yes to the dress? Jasmine was later seen carrying a white garment bag when leaving the store

Elsewhere, Jasmine was seen smiling as she had her blonde tresses washed and styled at the wash basin at a salon.

Jasmine burst into laughter at one point as she had her hair treated.

The sighting comes after Jasmine and Karl were spotted arriving back to Sydney following their extravagant wedding at the exclusive One&Only Palmilla resort in Mexico. 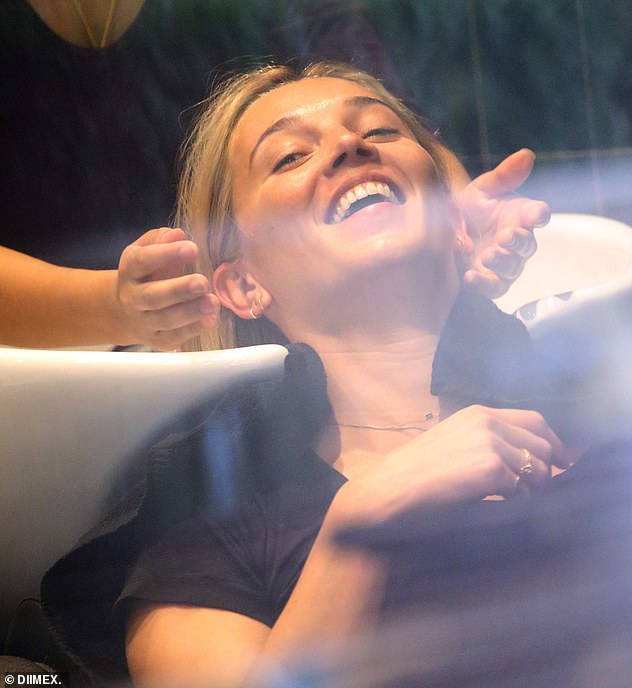 Something funny? Elsewhere, Jasmine smiled and laughed while getting her hair washed and styled at a salon 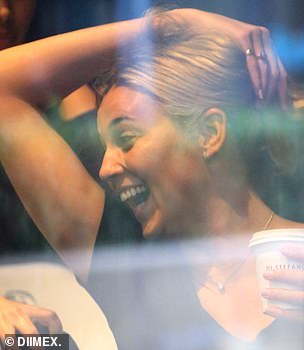 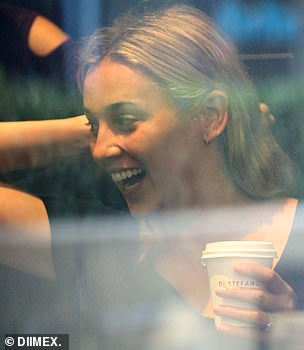 Hair-larious! Jasmine looked relaxed and carefree as she held her blonde hair back during her salon appointment 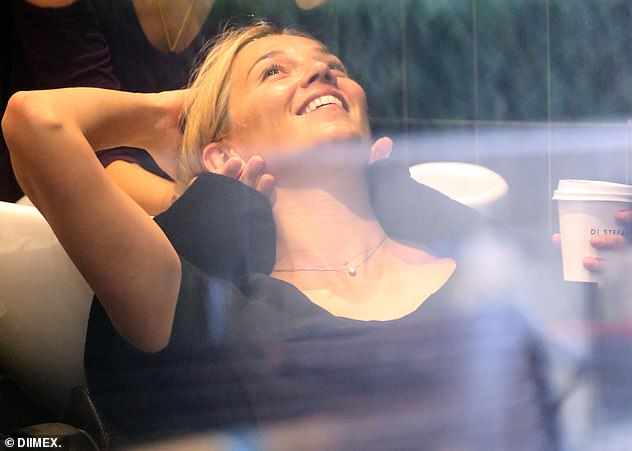 All smiles: Jasmine had her hair washed while she clutched a coffee

During the couple’s honeymoon in Aspen it was announced Karl was axed from his high-profile role at the Today Show after 14 years with the program.

The move was part of a massive shake-up which saw his brother Peter moved on from Weekend Today and entertainment report Richard Wilkins scaled down.

Karl has been embroiled in a number of high-profile personal woes following the split from his wife of 21 years, Cassandra Thorburn. 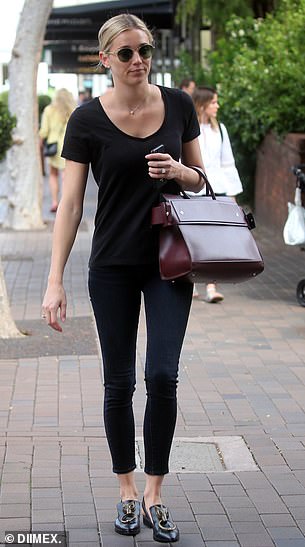 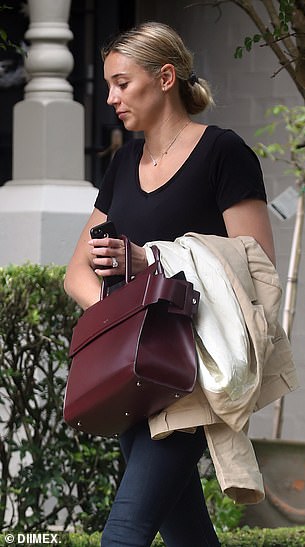 Stylish: The outing comes as Jasmine and her new husband Karl Stefanovic face an uncertain future after he was axed as host of the Today Show