They were once one of the most talked about couples in showbiz.

And Jason Donovan proved he’s still got a soft spot for his ex, Kylie Minogue, by attending her 50th birthday bash in London on Sunday night.

While the former Neighbours heartthrob looked dapper upon arrival at the Chiltern Firsehouse, he appeared rather worse for wear a few hours later. 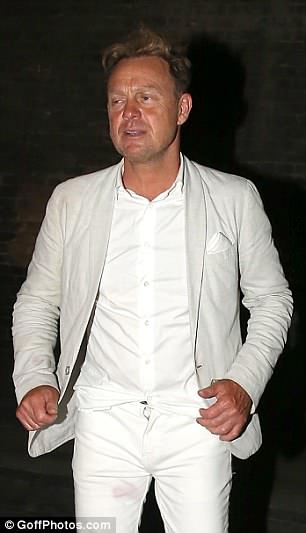 The 49-year-old emerged from the star-studded event looking bleary-eyed with a bright red stain on his jeans, which were unzipped.

He appeared dishevelled with unkempt locks and a crumpled jacket as he made his way to a waiting vehicle.

The The Joseph and the Technicolour Dreamcoat star joined the likes of Spice Girl Mel C, actor Guy Pearce and Rick Astley at Kylie’s birthday bash. 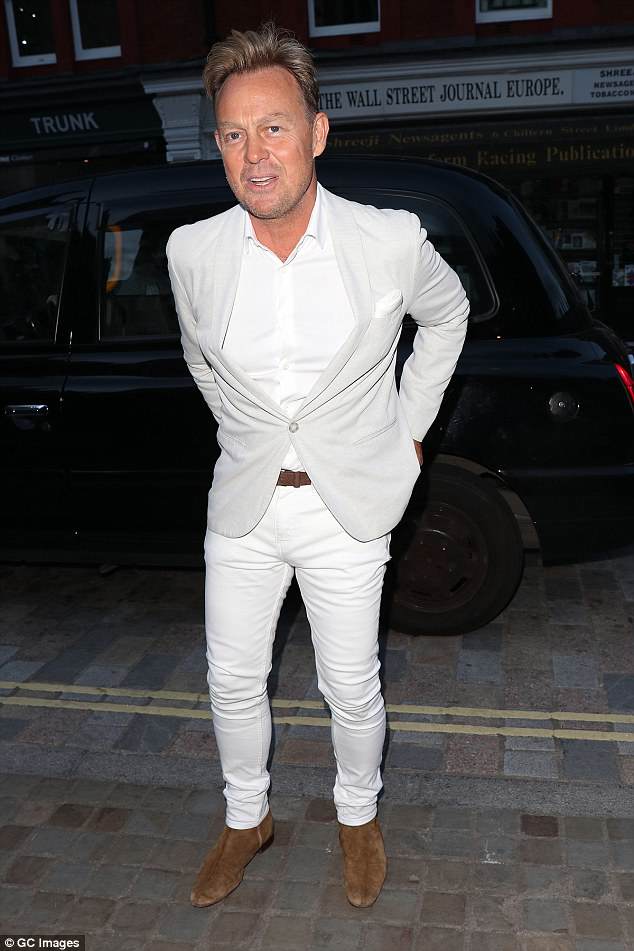 Started out great: The 49-year-old looked put together in a while ensemble as he arrived for ex-girlfriend Kylie’s 50th birthday 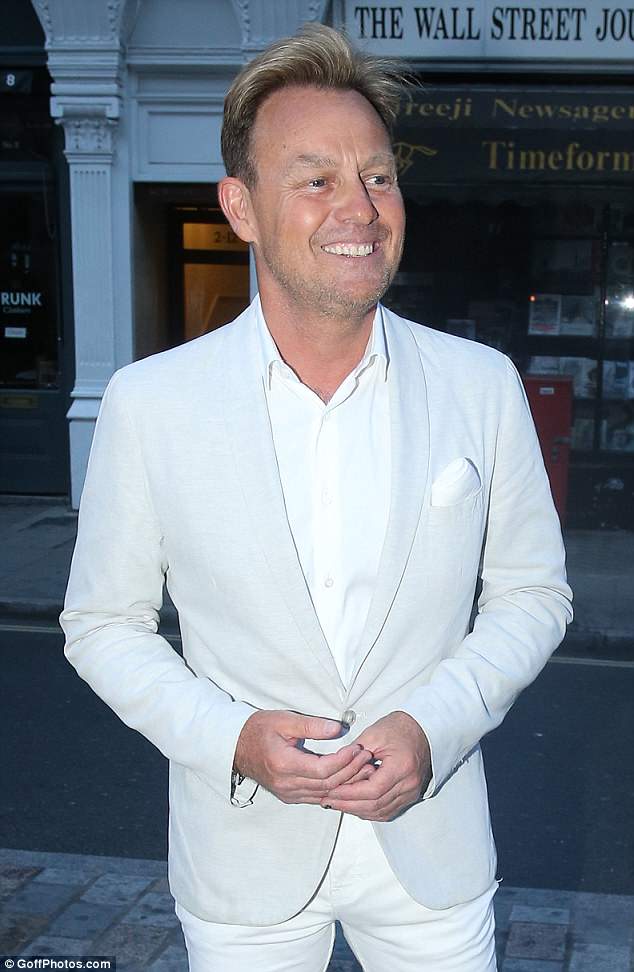 What went wrong? He looked fine as he arrived (left) but hours later, he emerged (right) from the star-studded event looking bleary-eyed with a bright red stain on his jeans, which were unzipped

Former sweethearts Jason and Kylie fell head over heels for one another on the set of Neighbours while playing on-screen lovebirds Scott Robinson and Charlene Mitchell in 1986.

They split in 1989 and soon after, the pop princess began dating late INXS frontman Michael Hutchence.

Jason previously told The Mirror: ‘It was bad enough that she’d run off with anybody, but she happened to run into the arms of the greatest rock God of the period, the very guy who I secretly wanted to be.

Oh dear: He appeared dishevelled with unkempt locks and a crumpled jacket as he made his way to a waiting vehicle 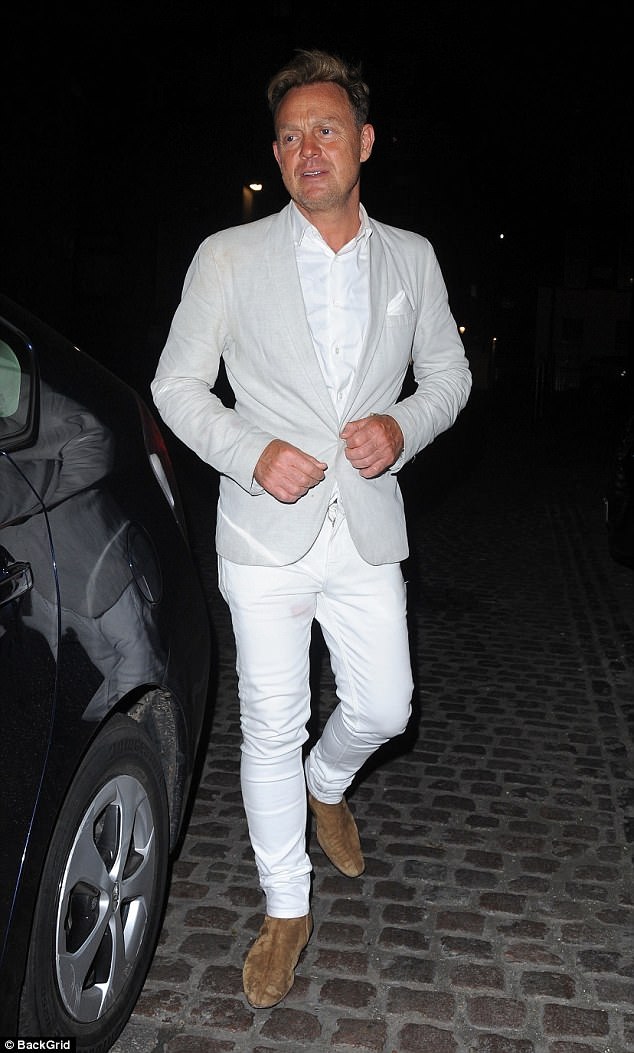 Oblivious: Jason did not seem aware that his pants were unzipped and stained as he entered the vehicle 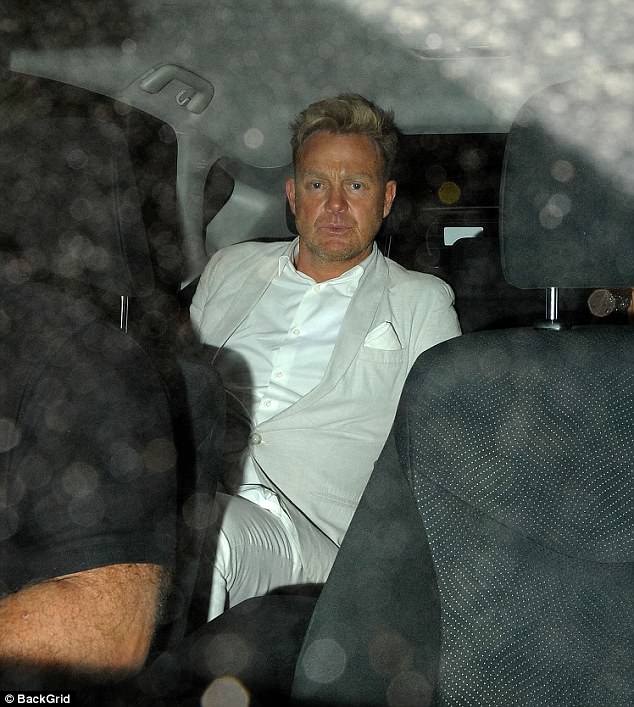 And he’s off! He later made his way to an unknown location

‘That was a pretty big punch to take,’ said Jason, who is now happily married to Angela Malloch.

‘I’ve since bumped into Kylie quite a few times. The break-up never comes up in conversation. We’re not close enough to get into that.’ 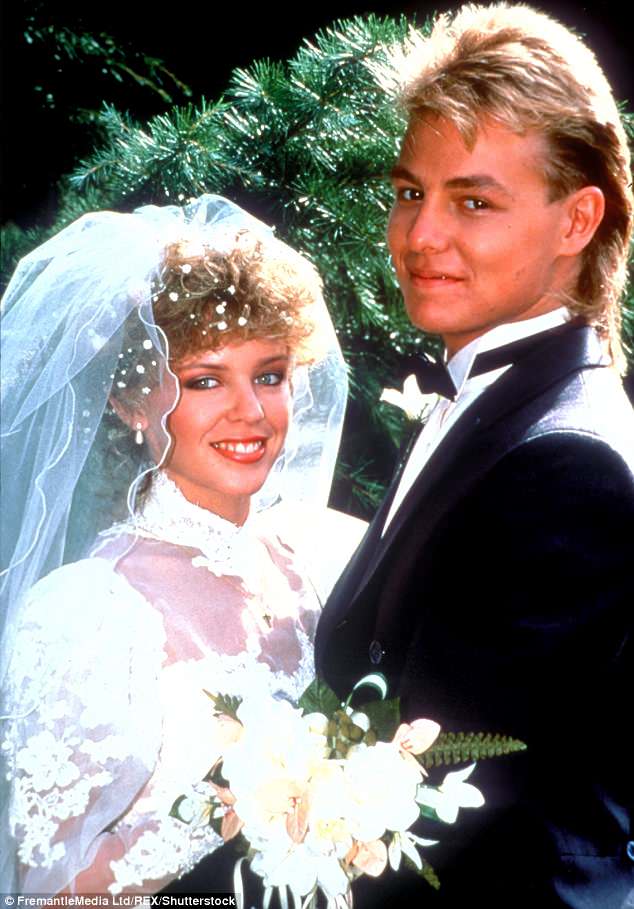 Back then: Jason as Neighbours’ Scott Robinson and Kylie as Charlene Mitchell during their fictitious wedding of 1987