Jason Kidd, Steve Nash, and Grant Hill to go in Hall Of Fame

After sharing the NBA Rookie of the Year award in 1995, basketball legends Jason Kidd and Grant Hill learned on Thursday that they would be entering the Naismith Memorial Basketball Hall of Fame together, along with two-time league MVP Steve Nash.

Former Philadelphia 76ers point guard Maurice Cheeks will also be inducted with the Class of 2018, according to the report from ESPN.

An official announcement of the inductees will come at the Final Four in San Antonio this weekend. 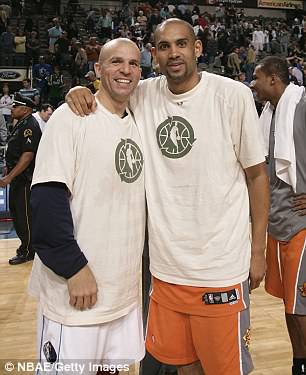 Grant Hill (far left, far right) and Jason Kidd (near left, near right) each won a share of the 1995 NBA Rookie of the Year Award and now they’ll be inducted in Springfield together 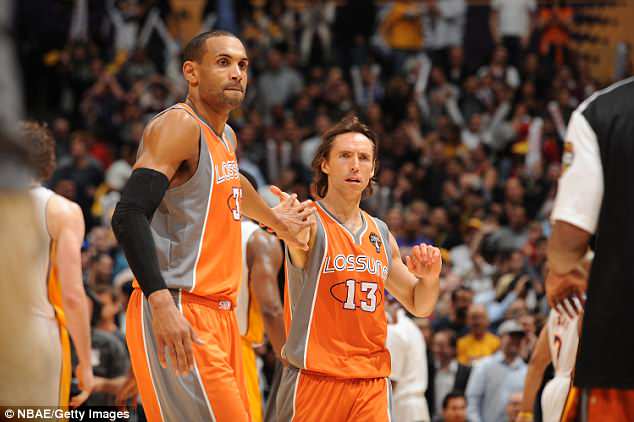 Kidd and Nash, who rank second and third in career assists, respectively, were among six former NBA players eligible for the first time. Ray Allen, who holds the record for most 3-pointers in NBA history, was also on that list, but it is not yet known if he will be inducted this year.

Although he won an NBA title during his second stint with the Dallas Mavericks in 2012, Kidd will primarily be remembered for taking the New Jersey Nets to the NBA Finals in both 2002 and 2003.

The Oakland native and former second-overall pick had 12,091 assists and is eighth all-time with 8.7 assists per game. Kidd averaged 12.6 points per game over 19 seasons with the Nets, Mavs, Phoenix Suns and New York Knicks.

In fact, he and Nash briefly played together during the latter’s first stint in Phoenix between 1996 and 1998.

However, it wasn’t until Nash arrived in Dallas in before the 1998-99 season that the native Canadian’s career took off. 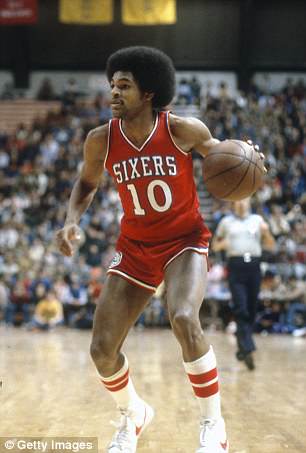 Nash ultimately finished with 10,335 assists and is ninth all-time with 8.5 assists per game. The eight-time All-Star also averaged 14.3 points per game during an 18-year career with the Suns, Mavericks and Los Angeles Lakers.

The son of former Dallas Cowboys running back Calvin Hill, Grant Hill averaged 16.7 points per game in more than 1,000 NBA contests after a prolific college career at Duke. The seven-time All-Star played for the Detroit Pistons, Orlando Magic, Suns and Los Angeles Clippers.

Cheeks averaged 11.1 points and 2.1 steals per game and was the starting point guard for the 1983 champion Philadelphia 76ers.

Since retiring after the 2012-13 season, Kidd has had two brief coaching stints with the Brooklyn Nets and Milwaukee Bucks, the latter of which fired Kidd in January.

In addition to his media work, Hill currently serves on the NCAA’s commission on college basketball, led by former Secretary of State Condoleezza Rice, which is aimed at ridding college basketball of improper recruiting practices. Nash  currently serves as general manager of the Canadian national team, and has a minor player development role with the Golden State Warriors. Nash ultimately finished with 10,335 assists and is ninth all-time with 8.5 assists per game. The eight-time All-Star also averaged 14.3 points per game during an 18-year career