No one can accuse Jason Momoa of not living life on his own terms.

The Aquaman star, a renowned motorcycle and muscle car enthusiast, was hard to miss when he was cruising the streets of Torontos, Canada on a Harley-Davidson on Monday.

The 6ft4in star is back in the Ontario capital to resume shooting the second season of his science fiction drama series, See, for Apple TV+.

Get you motor running: Jason Momoa, 41, was spotted cruising on a Harley-Davidson in Toronto, Canada on Monday

Always one to to add his unique sense of style, he also wore matching pink-rimmed sunglasses and a gold and red helmet over is long raven locks.

The rugged superhero ended up parking next to his group of bikers friends and went in to eat at a local burger joint. 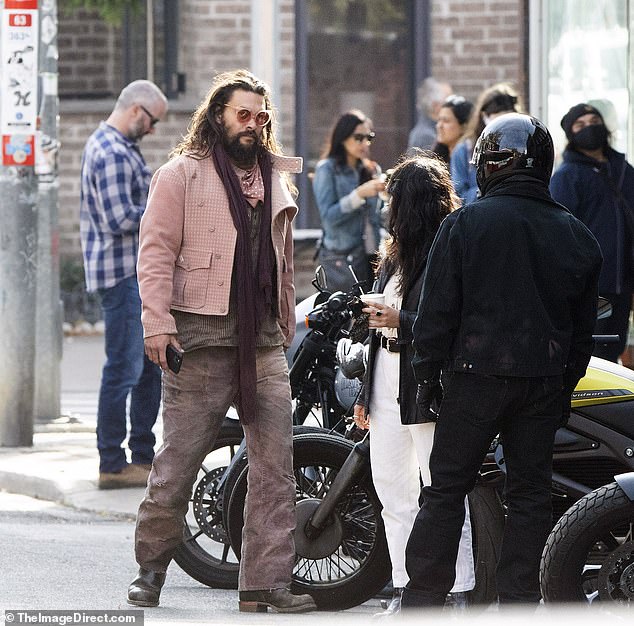 Pit stop: The rugged Aquaman star and his friends pulled in to a burger joint 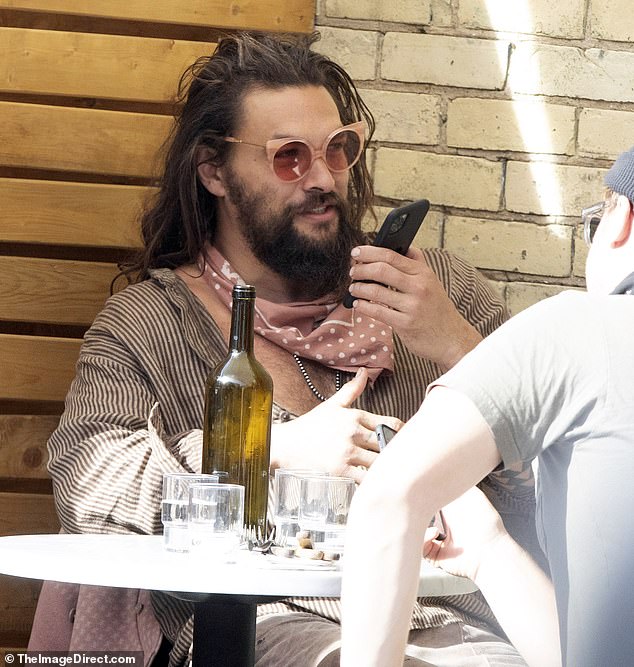 Back to work: Momoa is in Toronto to shoot the second season of his science fiction drama, See, after production was shut down in March due to the COVID-19 pandemic

Momoa’s contingent ended up sitting at a table on the outside patio, where he enjoyed some food and drinks, and made a couple of phone calls.

Being the boisterous personality that he is, the actor had a seemingly endless smile on his face as he hobnobbed with his mates.

The Game Of Thrones alum plays Baba Voss, a skilled warrior and leader of the Alkenny tribe, in See.

Production for season two kicked off in early February, but the COVID-19 pandemic forced the set to shutdown until just a few weeks ago. 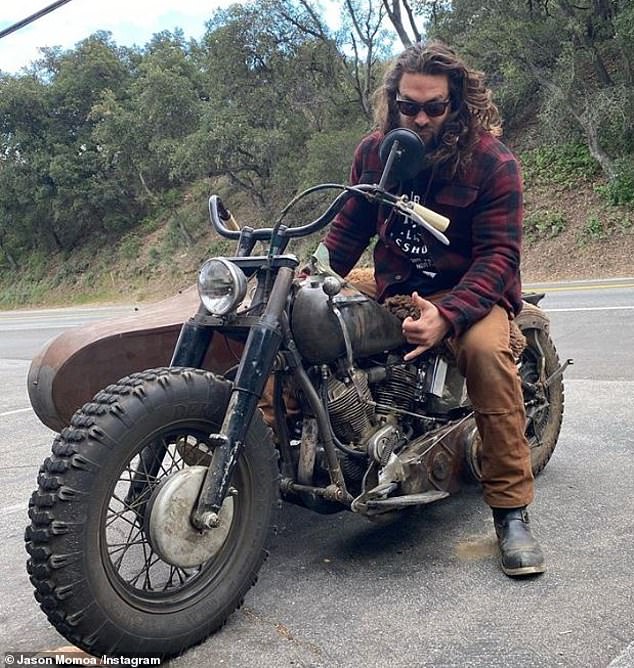 See takes place in a dystopian future, in which the human race has lost the sense of sight and must rely on their other instincts for survival.

Their newfound way of life is challenged when they encounter a set of twins born with sight. 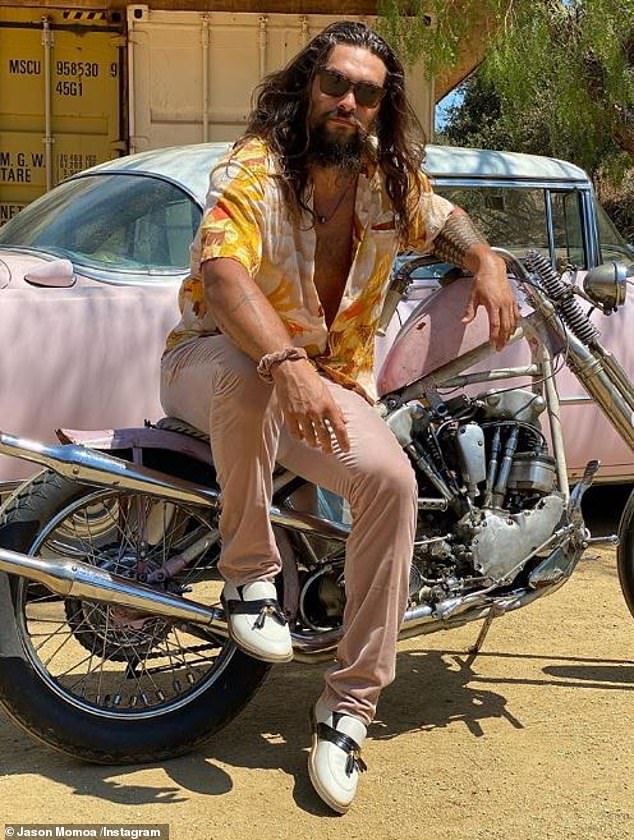 Need for speed: The Game Of Thrones alum frequently posts on social media about how he’s nvolved in building vintage bike and hot rods 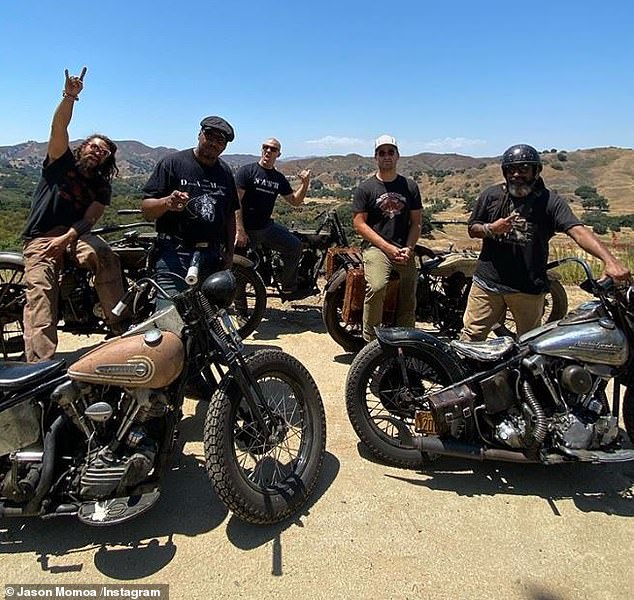 On the go: Momoa often can be spotted riding with friends wherever he may be roaming