And on Monday, Jason Momoa shared a gushing tribute to the country as he and co-star Amber Heard celebrated the end of filming.

Taking to Instagram, Jason shared a snap of himself with friends sharing a bottle of red wine, writing how ‘it’s been a wild ride.’

‘It’s been a wild ride’: Jason Momoa (centre) shares a gushing tribute to Australia as he and Amber Heard finish filming Aquaman on the Gold Coast

‘SO many beautiful MEMORIES it’s been awesome going through my phone. I wish I could show more,’ Jason’s post began.

‘Mahalo (thanks) to my team you know who u (sic) are I will take you with me in my heart always.’

‘Mahalo to Australia for being so amazing to me and for respecting my OHANA (family) I am going to miss so many,’ he said. 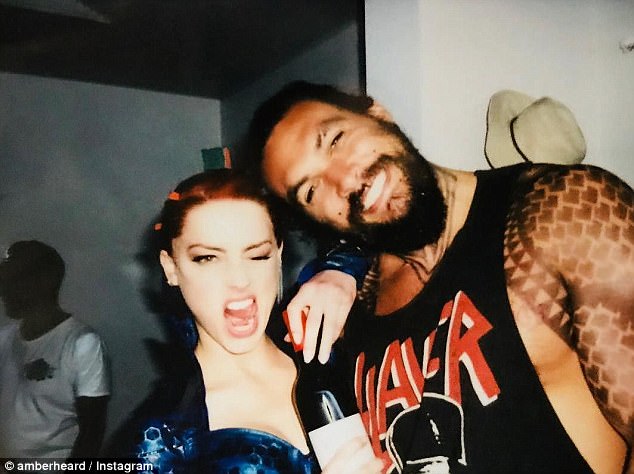 ‘Mhy rider’: On Sunday, he took to Instagram to share a shot of himself with Amber as they wrapped Aquaman, and shared some wine

He added how enjoyable shooting the flick has been, revealing he’s about to do promotions for upcoming film Justice League.

‘It’s been a wild ride this last seven months. All my aloha, J. JUSTICE LEAGUE TOUR. Here we go. Can’t wait for the world to see it. Mahalo zack for picking me. Love u (sic).’

In the post, he also shared other images from his time in the country, including going surfing on a break and eating protein while training. 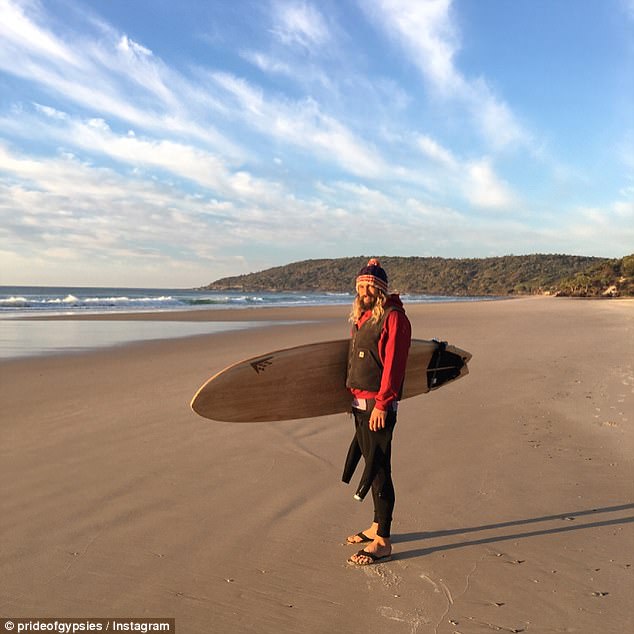 Hitting the beach: In the post, he also shared other images from his time shooting, including going surfing on a break from set 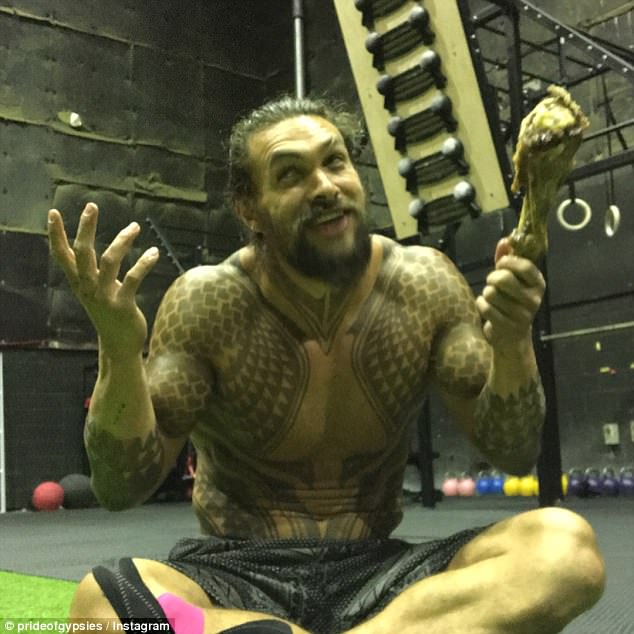 Keeping fit: He also can be seen eating protein while training

Game of Thrones star Jason also shared tributes to the stuntmen and women who worked on the film with him.

On Sunday, he took to Instagram to upload a shot of himself with Amber as they wrapped Aquaman.

In the image, the actress held up a bottle of Penfolds Grange red wine.

‘My rider we went through some heavy s**t mama,’ he wrote about Amber, who plays his love interest Mera in Aquaman.

‘I’m super proud of you. Congrats. My crew and cast these awesome studios. Australia I fucking love ya. Aloha, J.’

Amber has also shared online a tribute to Jason, saying she ‘loved’ working with him.

‘Amazing seven months. Will miss all the laughs and madness you bring…’ 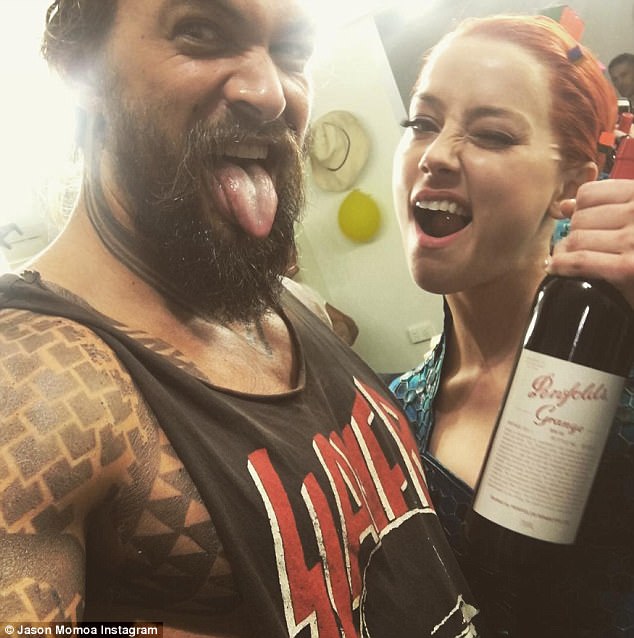 Close: Amber has also shared online a tribute to Jason, saying she ‘loved’ working with him 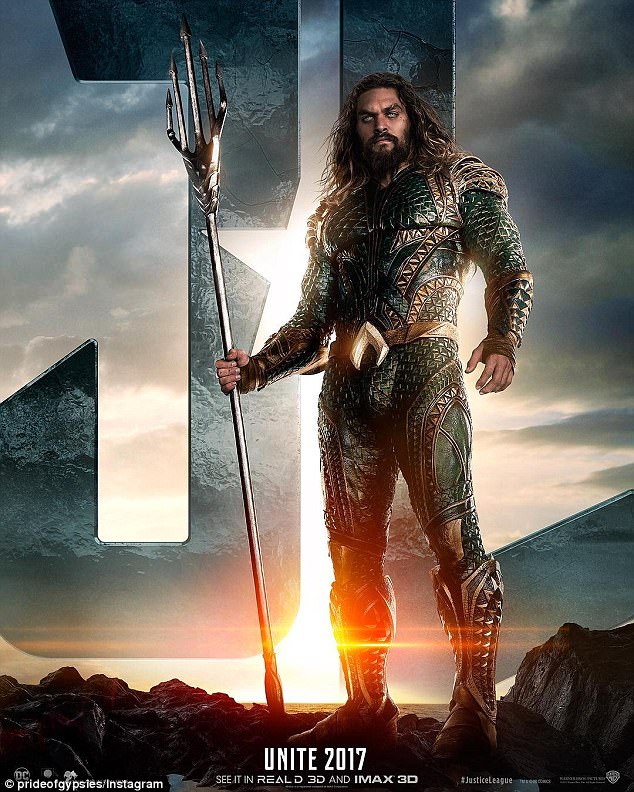 In character: Jason is pictured as Aquaman in a poster for Justice League