It’s not unusual to see Jay Leno cruising along the streets of Los Angeles in one of his many classic and unique cars that are often extremely rare and worth big bucks.

And on Friday the former Tonight Show host was back at it again when he was spotted during a slow drive behind the wheel of a gorgeous black vintage car with a healthy dose of sparkling chrome.

The comedian often showcases some of the world’s most coveted and coolest vehicles, including some of his own prized possessions, as host of his television series, Jay Leno’s Garage on CNBC.

Cruising the streets in style: Jay Leno, 70, was spotted driving one of the classic cars from his  car and motorcycle collection in Los Angeles on Friday

Obviously feeling blissful during his afternoon ride, Leno was caught driving his classy four-door while talking on the phone without a bluetooth, which is illegal.

He looked to be dressed in his typical casual ensemble consisting of a blue denim shirt and matching jeans.

Most often fans can have a chance sighting of Leno driving just about anything with wheels and an engine in the Burbank neighborhood of Los Angeles.

That’s because he owns a massive 122,000-square-foot garage in Burbank that houses his collection of more than 180 cars and 160 motorcycles that are said to be worth no less than $52 million dollars, according to Hot Cars, although some publications have put the value as high as $100 million. 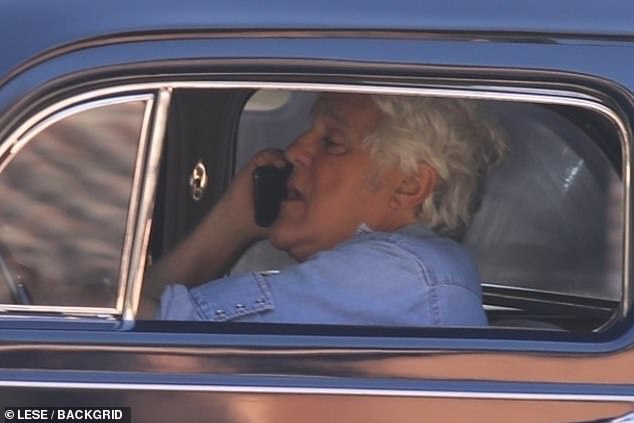 That’s a no no! The former Tonight Show host was seen talking on the phone without a bluetooth during his afternoon excursion, which is illegal 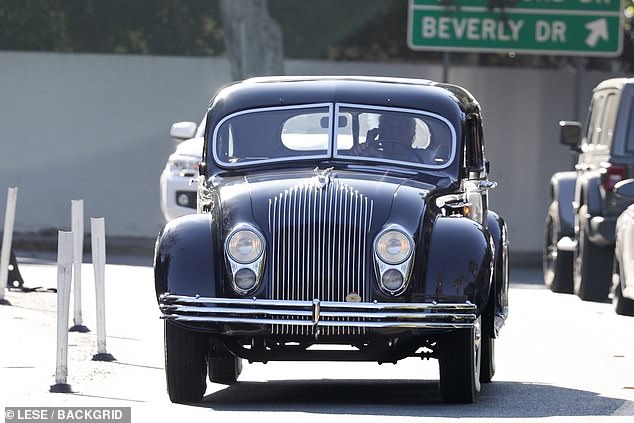 The host of Jay Leno’s Garage can often be seen driving some sort of classic, rare, or downright expensive car or motorcycle in the Burbank neighborhood of LA

With a lifelong love and passion for cars and motorcycles, his collection includes any kind of vehicle imaginable, both foreign and domestic.

One of his favorite cars is a Fiat 500 Topolino, which was launched in 1936 and has been described as the first ‘peoples car’.

He even has the very first car he ever owned, a Buick Roadmaster.

The most expensive car in his collection is a 1994 McLaren F1, from British automobile manufacturer McLaren Cars, that’s said to be valued at $12 million, although he has said he was once offered $17.5 million for it. 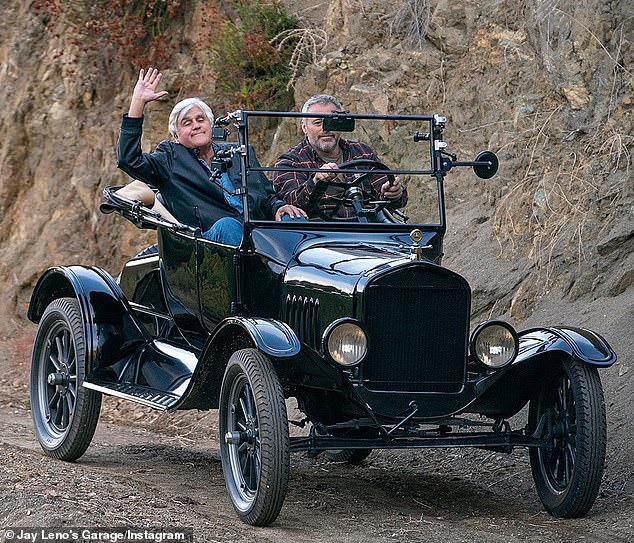 Leno has more than 180 cars and 160 motorcycles in his collection that’s stored in a massive garage he owns in Burbank; he’s pictured with Friends alum Matt LeBlanc 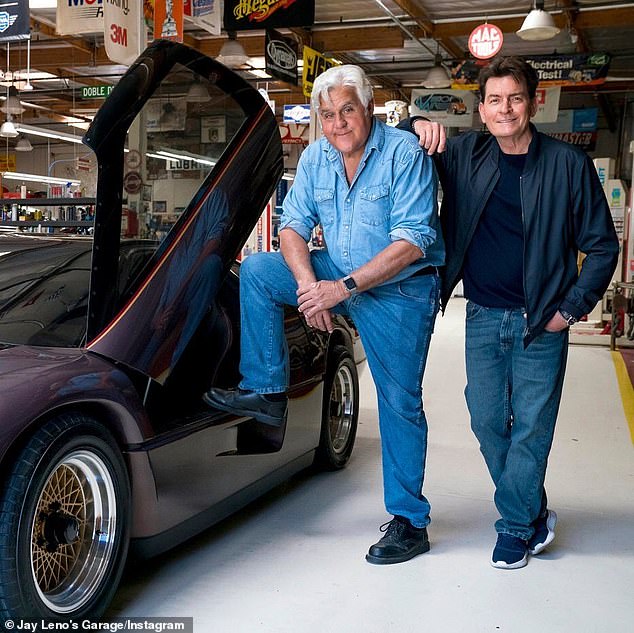 ‘I never set out to collect cars. I just bought what I liked,’ Leno confessed of his passion for automobiles to Money.com.

‘The general rule of car collecting is if you’re reasonably astute and you understand how things work, if you like it, chances are other people will like it, too.’

He added, ‘My three things are: It should be of technical and historical significance. It should be fun to drive. And it should be attractive to look at. If an automobile has those three qualifications, then it’s probably something that would be considered collectible.’

Jay Leno’s Garage, which primarily focuses on cars and motorbikes, premiered in August 2014 and just finished its fifth season this past summer. 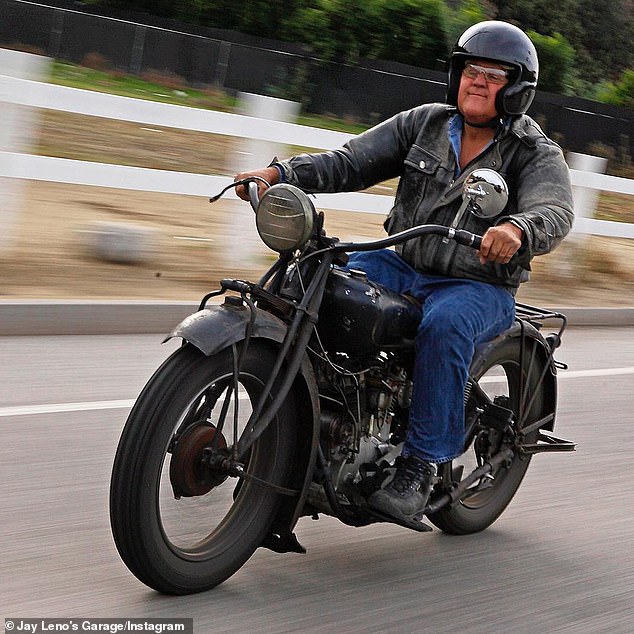 How it all started: ‘I never set out to collect cars. I just bought what I liked,’ Leno confessed of his passion for automobiles to Money.com 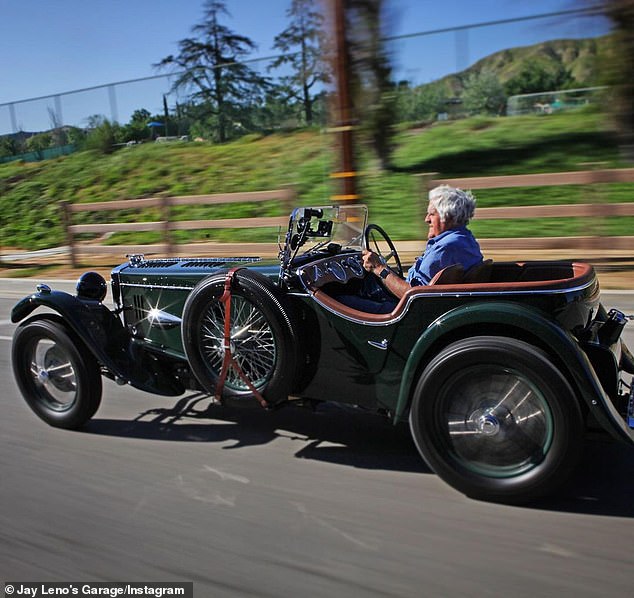 Powering towards season six: Jay Leno’s Garage, which primarily focuses on cars and motorbikes, premiered in August 2014 and just finished its fifth season this past summer