Jay-Z explains why he and Beyonce named son Sir

Jay-Z and Beyonce named their son Sir because of the way the baby ‘carries himself’.

The famous couple welcomed twins Rumi and Sir Carter into the world in June, and Jay-Z has now revealed that whilst daughter Rumi was named after the pair’s favorite poet, Sir’s moniker was chosen because of the way he ‘came out’ when he was born.

The 47-year-old rapper – who also has five-year-old daughter Blue Ivy with his spouse – told Rap Radar podcast: ‘Rumi is our favorite poet, so it was for our daughter. And then Sir was, like, man, come out the gate. He carries himself like that. He just came out, like, Sir.’

So that’s the reason! Jay-Z, 47, and Beyonce, 35, named their son Sir because of the way the baby ‘carries himself’

Jay-Z also admitted that whilst his family will be heading out on tour with him in October, he decided to save touring until later in the year.

The rapper said he wanted to spend quality time with his brood without the pressures of being on the road.

Speaking in the second part of his Rap Radar podcast interview which was published on Friday, the Smile rapper said: ‘I booked the tour for October so I could have at least four months … to just really bond and see their fingers and s*** like that.’

‘They’ll be with me [on tour] anyway, but I’m just saying, like, [I needed] a space where I’m not doing nothing, I’m just focused on them. I’m not thinking about a show at night or anything like that. That’s why the tour is so far away from the release of the album.’

‘He just came out, like, Sir’: During an interview on Rap Radar on Friday, the father-of-three said that the name refers to the way he entered the world 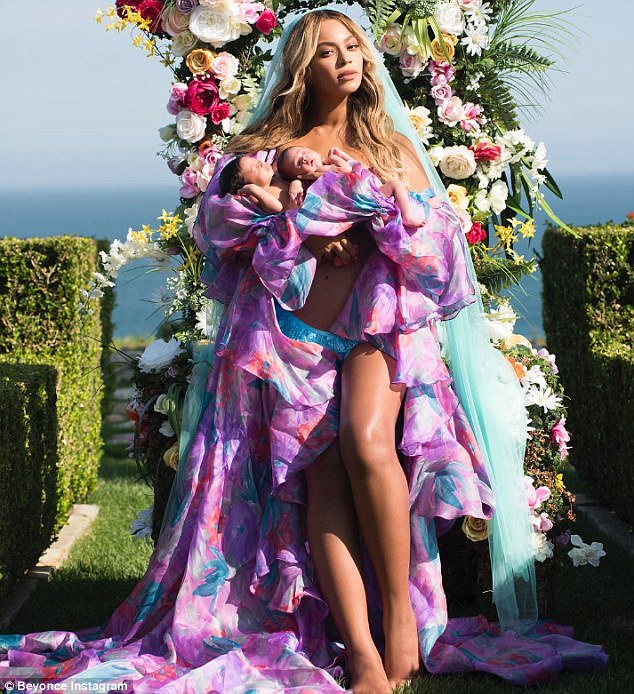 Popular: Beyonce is seen holding her twins in the first and only photo the couple has shared of their baby. It has been liked over 10 million times on Instagram

Meanwhile, it was recently reported that Blue Ivy has been an ‘amazing’ big sister to her two new siblings.

‘Blue is the best big sister. [She] helps Beyoncé every day,’ a source told People.

‘Everyone is doing great. They are still enjoying the summer in Malibu. Blue is excited to be back in school soon. The babies are growing and very cute.’ 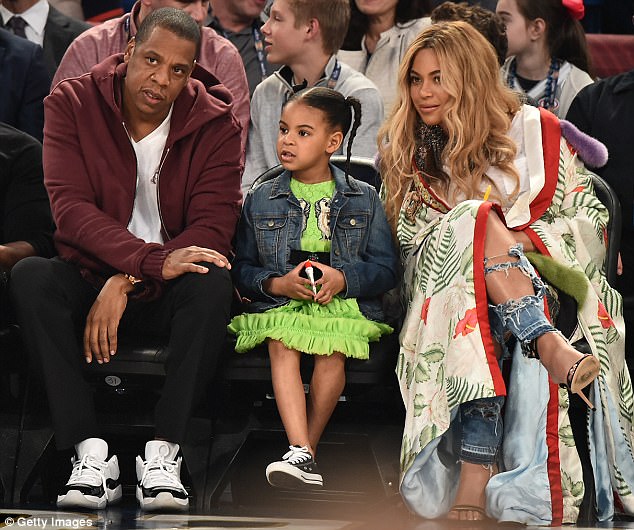 ‘[She] helps Beyoncé every day’: It was recently reported that Blue Ivy has been an ‘amazing’ big sister to her two new siblings. Beyonce, Jay-Z and Blue are seen in New Orleans in February