Jaywalking crackdown: Police hand out $75 fines to pedestrians in Bondi and Coogee

Police have been accused of revenue raising after handing out hundreds of jaywalking fines in a major crackdown on the rarely-enforced crime.

Officers were spotted slapping pedestrians with $75 infringement notices across Sydney’s ritzy eastern suburbs this week – including at Bondi and Coogee.

Locals were seen scratching their heads and pleading their case to officers, who were in uniform and highly visible on the corner of Coogee Bay Road and Arden Street on Thursday.

‘It’s revenue raising,’ one Coogee man, who did not wish to be named, told Daily Mail Australia, adding police resources should be spent fighting ‘real crime’.

Police previously billed the crackdown as a response to a spate of fatal and serious crashes in Sydney involving pedestrians.

But in the five years to June 2018, just four pedestrians were involved in crashes at the intersection of Coogee Bay Rd and Arden St.

Three of those received minor injuries, while the fourth was ‘moderately injured’.

In NSW, it is illegal to cross a road while a pedestrian light is red and you must wait for the green man to appear – but it remains a contentious law.

‘Why don’t they busy themselves with real criminals instead of revenue raising at the expense of the innocent,’ one Bondi local said.

‘There are real crimes happening in Sydney too, if I’m not mistaken,’ another noted.

A third said in jest: ‘NSW police spending their time efficiently, fixing the real problems in this nanny state.’

Others said the ‘law is the law’ and noted the visibility of the officers involved.

‘If you’re dumb enough to cross on the red man in front of cops in high vis vests I’d consider it more of a ”stupid tax” then [sic] a fine,’ one said. 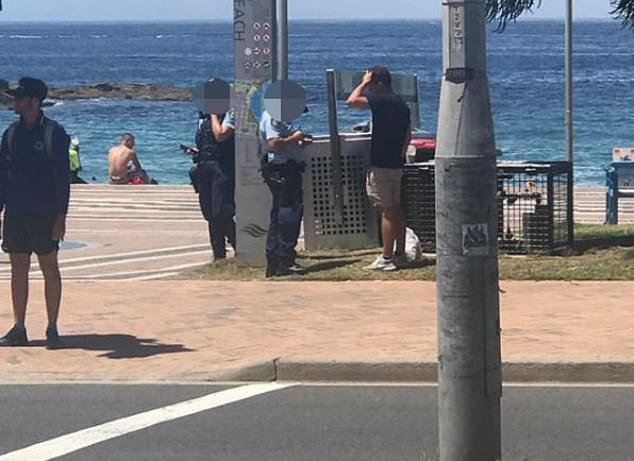 Furious locals were seen scratching their heads as they pleaded their case to officers, who were in uniform and highly visible

Another agreed: ‘They’re standing there in bright yellow. If you break the law in front of them then that’s on you.’

Andrew Greer was on his way to work in the CBD on Wednesday morning when he spotted a handful of officers standing outside the Westfield at Bondi Junction.

‘I counted five police officers. Basically they were all just standing and waiting,’ he told Daily Mail Australia.

Mr Greer said the officers were communicating back and forth on radio and nabbing anyone who jaywalked across the busy Grosvenor and Oxford streets intersection.

‘I noticed on the 25th of January they were doing the same thing at Bondi Beach,’ he said. 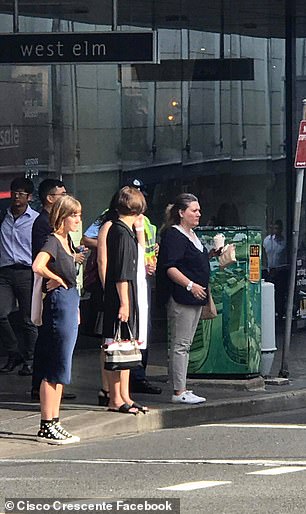 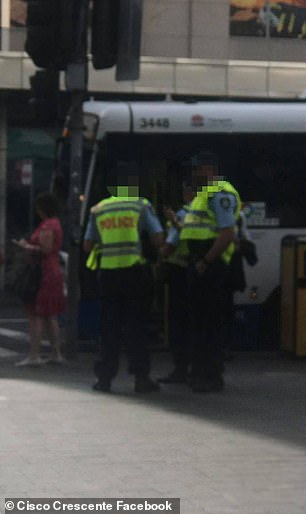 Police were seen in Bondi Junction this week, stopping pedestrians who crossed when the light was red

Mr Greer claimed officers fined a surfer after he jaywalked across the road – as well as a woman.

‘I went and spoke to the girl and asked her what happened. She said she had got a $75 fine,’ he said.

Mr Greer was pushed to breaking point on Wednesday and said he decided to give his ‘two cents worth’ to the officers.

‘I told them this a waste of taxpayers’ money, which is what it is. Police should be chasing after people for more serious crimes.’

A NSW Police spokesman said this week operations were routinely conducted across the city over police concerns for the number of incidents involving pedestrians. 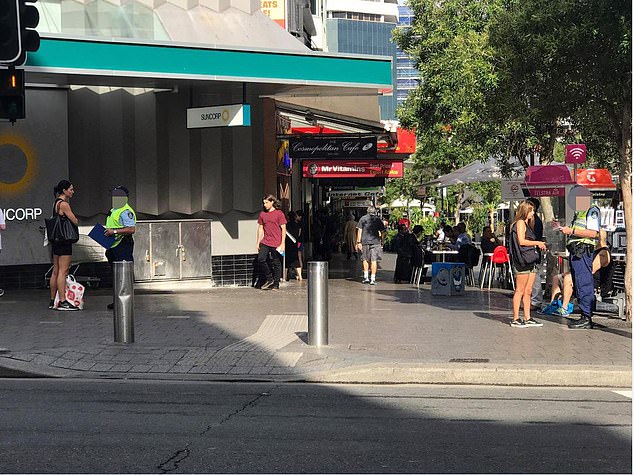 ‘NSW Police has been doing them for many years and the point [of the operations] is to raise awareness of pedestrian safety,’ they said.

Nine of those were considered to be at fault.

‘The operation was devised to reduce the high number of pedestrian fatalities and serious collisions throughout the region by way of education and enforcement,’ Assistant Commissioner Corboy said.

So far this year, 667 people have been fined over pedestrian related offences in Sydney – while 23 were handed cautions.

NRMA road safety expert Dimitra Vlahomitros said while widely unpopular, the jaywalking offence was in place to save lives. 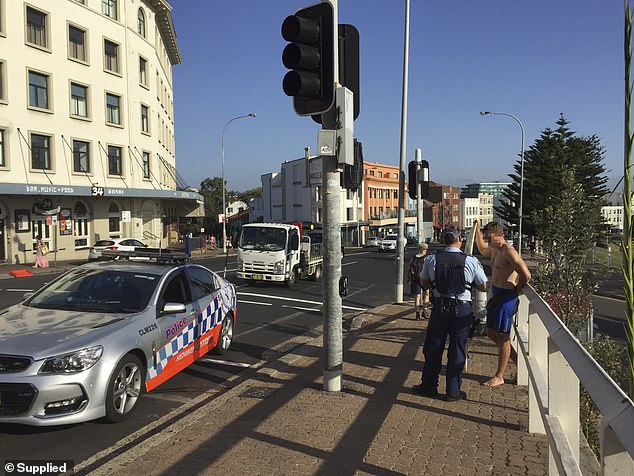 Earlier this week, Bondi Beach residents were up in arms and accused police of wasting taxpayers’ money after handing out fines to jaywalkers

‘We’ve got a situation where last year road toll was falling but pedestrian fatalities were higher – that’s quite a concern for us,’ Ms Vlahomitros told Daily Mail Australia.

‘What we saw in 2018 was 67 pedestrians lost their lives on our roads in NSW – and that’s up from 54 the previous year. That’s quite alarming.

‘We know what works in changing people’s behaviour is enforcement… We’ve got to make sure that everybody is doing the right thing and being safe.’

A NSW transport spokesman told Daily Mail Australia the laws were in place to safeguard pedestrians because ‘they have no protection in a crash’.

‘Pedestrians need to always cross at the lights, obey traffic signals, look both ways before crossing and not get distracted by phones or music,’ the spokesman said.

‘Drivers also play a vital role in keeping pedestrians safe. It’s important that drivers slow down and comply with traffic lights, especially in areas where pedestrians are out and about.’ 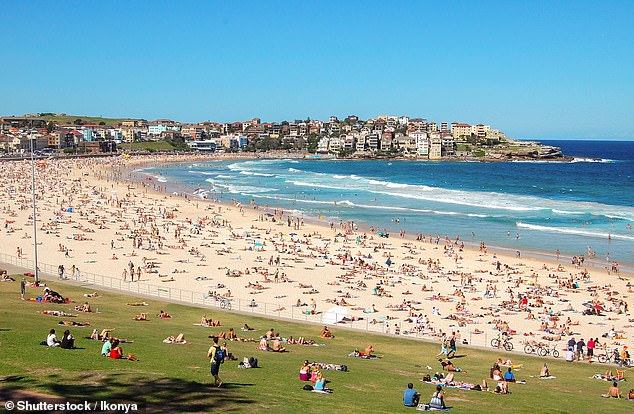 Mr Greer said he was upset officers had decided to target jaywalkers on their way to work (pictured, Bondi Beach)