Jazmin Grimaldi, the daughter of Prince Albert II of Monaco, has tested positive for coronavirus

Prince Albert’s love child Jasmine Grimaldi, 28, reveals she has tested positive for Covid-19 – four months after the royal was struck down with the virus

Jazmin Grimaldi, the daughter of Prince Albert II of Monaco, has tested positive for coronavirus – four months after her father first announced he has been diagnosed.

In an emotional Instagram post, the 28-year-old, from California, revealed the news with her 17, 000  followers and said: ‘I have come to terms with some news today. I was called this morning by the hospital that I got tested at for COVID-19… and I did test positive.’

‘This wasn’t a shock to me per se, because for over this past week I have had COVID-19 symptoms. I have been really cautious. I have been social distancing.

‘I only go out to get the groceries and I always wear a mask and I always sanitise. I hope I can help at least one person today with this personal testament because over this past week I’ve fallen really ill.’

Jazmin, who is a trained opera singer, is the little-known daughter of Prince Albert II of Monaco and American real estate agent Tamara Rotolo.

Jazmin Grimaldi, 28, who is the daughter of Prince Albert II of Monaco, has taken to instagram to reveal she has tested positive for Covid-19 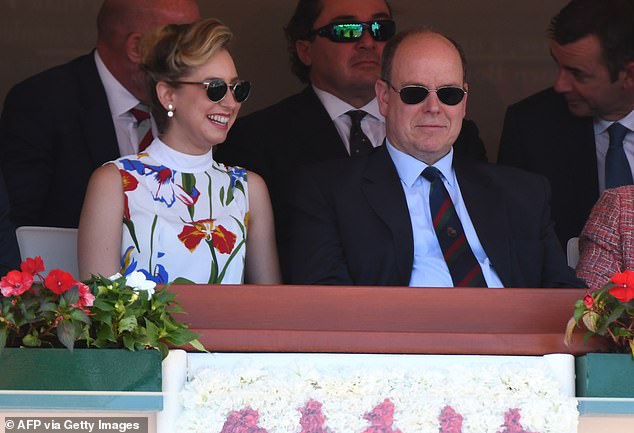 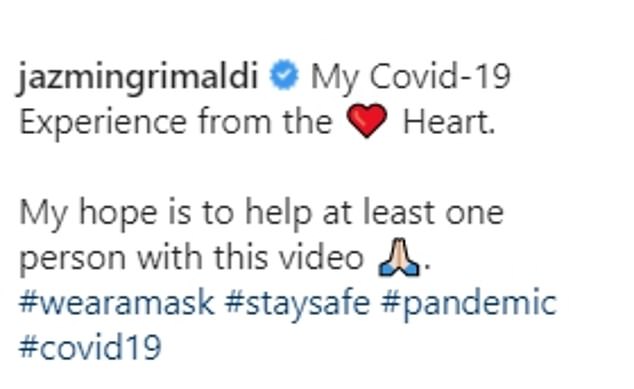 In a caption alongside the video, the trained opera singer penned: ‘My Covid-19 Experience from the Heart. My hope is to help at least one person with this video’ (pictured)

Alongside the video, Jazmin – whose father became the first royal to announce that he had Covid-19, back in March – penned: ‘My Covid-19 Experience from the Heart. My hope is to help at least one person with this video,’ followed by a hashtag which urged people to stay safe and wear a mask.

In the clip, Jazmin begins by explaining her symptoms – which included a ‘scratchy throat’ and not feeling ‘100 per cent herself.’

‘I started to feel a fever coming on and chills. I woke up and I did have a fever,’ she continued. ‘I had a fever pretty consistently for the past three of four days.’

‘I tried to rest as much as possible. I did not lose my sense of taste or smell but my appetite was less than usual. 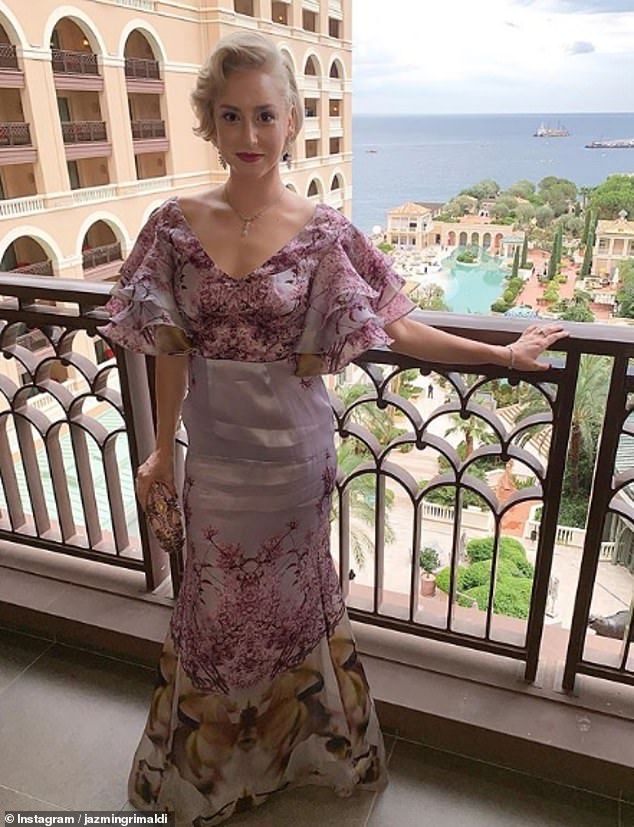 Jazmin (pictured at her cousin Louis Ducret’s wedding to Marie Chevallier back in early August) revealed the news with her 17, 000 followers in an emotional Instagram post 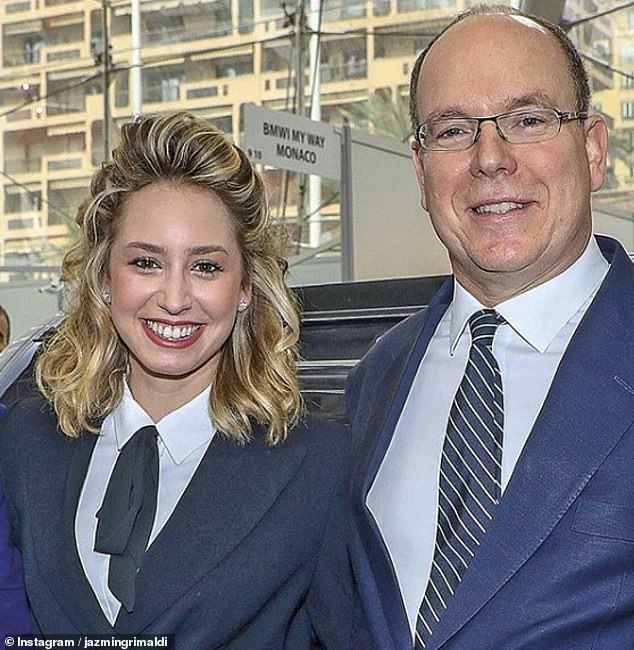 ‘I started developing migraines and it was super debilitating and it just hits you. I tried to sleep as much as I could but it was pretty excruciating and exhausting.’

The royal also added that while you don’t ever think it’s going to happen to you, she was still being cautious.

‘We don’t know enough and even if we are young and resilient enough to fight it off, I don’t wish it on anyone,’ she continued. ‘And we don’t know how each of our bodies is going to handle it, so I am a survivor and I’m getting through this and I’m so thankful for that.’

‘But I just wanted to share this with you to give you a little bit of a warning and peace of mind, I am here if anyone has any questions.’

She also went on to say that she has had friends die from Covid-19.

‘This virus does not discriminate… I have lost friends to this virus, there’s been a lot of loss this last year and it’s been really hard, she explained.

‘We’re all human beings. I know a lot of us will get it. It’s scary and I just want everyone, especially in the United States, to take it seriously. It will continue to persist if we don’t take proper action now. It’s not political, it’s about our health.’