Jealous husband jailed after stabbing his wife with a samurai sword

A jealous husband has been jailed after he stabbed his wife to death with a samurai sword after he found out she was having an affair.

Darren Merriman, 40, was jailed for life today for the ‘barbaric’ murder of Elizabeth Merriman at their home in Newhey, Rochdale.

The couple had been together for 16 years but were experiencing relationship problems in the months leading up to her death.

Elizabeth began having an affair with another man last summer, and when Merriman became aware of it in September, he began sending threatening messages to the man in question.

Merriman sent disturbing messages to a friend at 8pm the night of the murder which read: ‘Yeah man I ready for jail pal. Gonna do best I can for now. Play the game but then go mental when needed.’

He had spent the afternoon and evening drinking with a friend in pubs in Newhey and Shaw and was two and a half times the drink-drive limit.

He returned home at 10pm  and began arguing with his with.

He then stabbed her with the 50cm blade which they had bought on a family holiday. It is thought she died almost instantly.

Merriman was later found by police at around 3.45am the following morning, parked in a Ford Fusion in a ‘secluded area’ on Lower Lane.

He had stabbed himself a number of times and is believed to have tried to hung himself in a nearby park.

He underwent life-saving surgery and was arrested five days later. 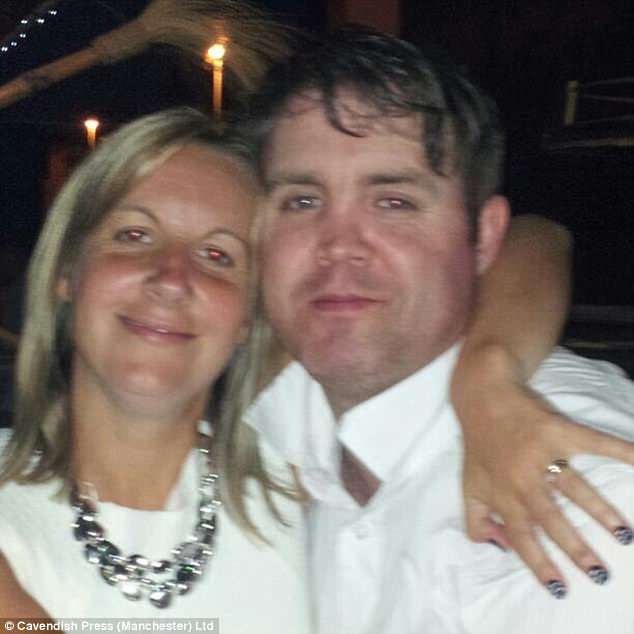 Elizabeth and Darren Merriman in happier times. The couple had been together 16 years 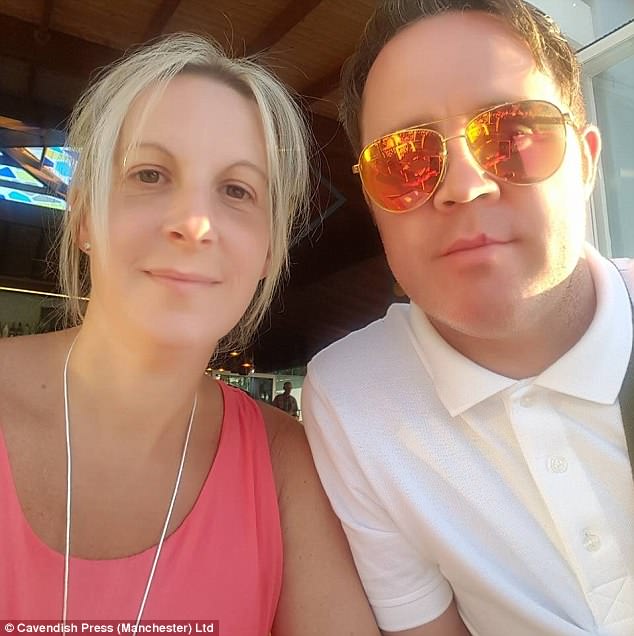 Elizabeth Merriman had admitted to having an affair, which angered her partner

Elizabeth’s father, Graham Shuttleworth, said he could not stop thinking about how ‘terrified’ his daughter must have felt.

Michael Hayton QC, defending, read a note to the court from Merriman.

It said: ‘I cannot ask for forgiveness because I will never forgive myself.

‘No words or actions can ever undo the horrible things I have done.’

Mr Hayton said Merriman ‘did not recall, hardly at all’ the attack, adding he suffered a ‘total loss of self control’, after Elizabeth admitted she was having an affair.

Upon sentencing, a judge said: ‘Your actions were fuelled by alcohol and your rage inspired by jealousy and anger.

‘Every case of murder ends one life but also affects the lives of many others.

‘Elizabeth Merriman was a caring and good person. She touched the lives of others with her kindness. Socially she was fun and full of her life.

‘Her death can properly be described as a senseless act, which has taken from those closest to her and her community as a whole a much loved person.’

He was sentenced to a minimum of 18-and-a-half years before he could be considered for parole. 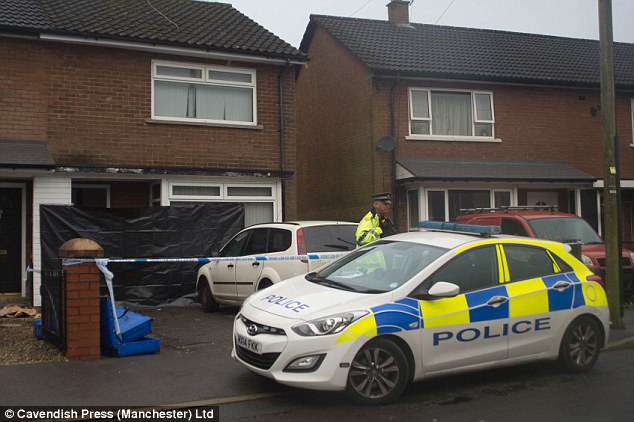