Nursery worker, 19, reveals how she was brutally beaten with a hammer by jealous love rival who used her boyfriend’s Snapchat to pose as him and lure victim to an alleyway

A teenager was left drenched in her own blood when a jealous friend attacked her with a hammer after luring her to a meeting on Snapchat.

Nursery worker Deanna Burrows, 19, suffered gaping scalp wounds when she was set upon by Lucy Riddington in Huntingdon, Cambridgeshire.

The victim spoke out this week after attacker Riddington, also 19, avoided a jail term on a suspended sentence.

The attack unfolded after Miss Burrows spent time with friends including Sam Bond, who jealous Riddington was dating.

Miss Burrows then got a message on Snapchat which appeared to be from Mr Bond, but was in fact from Riddington luring her to an alleyway where she attacked her with a knife.

Recalling the assault, Miss Burrows said: ‘A hooded figure jumped out of nowhere. I felt a blow on the side of my head, and managed to scream before I was knocked out cold.

‘I came to and saw someone stood over me. The hood was hiding her face a bit and my head was spinning, but I realised it was Lucy.

‘I managed to kick her away and screamed “what the hell did you do that for?” She snarled back “You know why”.

‘As I scrambled to my feet I felt what I thought was water pouring down the side of my head – but it was really blood.’ 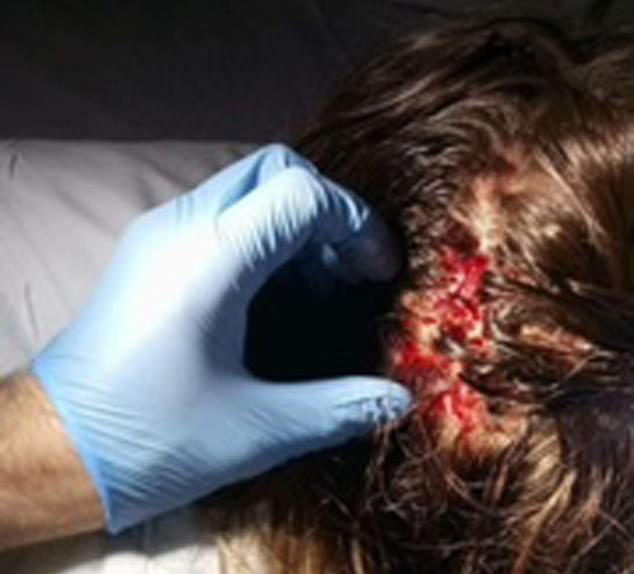 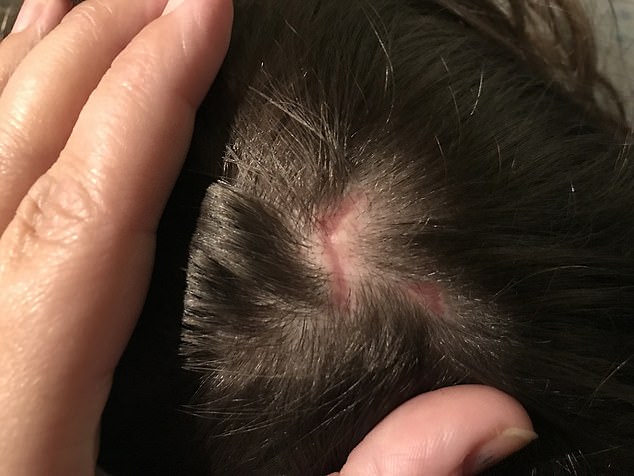 She managed to stumble home, where her horrified mother met her at the front door.

Police discovered four hammers at Riddington’s home in Huntingdon and found Deanna’s DNA on one. 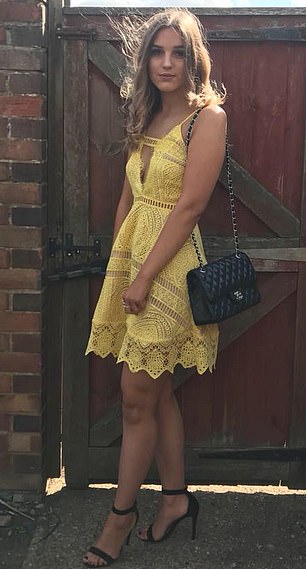 It emerged Riddington had used an old phone of Mr Bond’s to lure her victim. He was at a football match and had no idea what she was doing.

But it took almost 18 months to bring Riddington to court, during which time she became pregnant and had a baby daughter, now six months old.

In February this year, she pleaded guilty at Cambridge Crown Court to attempting to inflict grievous bodily harm with intent.

The court heard Riddington admitted ‘having an issue’ with Deanna after seeing a video on Sam’s phone of the four friends ‘playing around’.

She got 18 months in a young offenders’ institute, suspended for two years, and was ordered to do 120 hours of unpaid work, together with 20-days’ rehabilitation activity.

She was banned from contacting Deanna, or going near her home, for three years.

Deanna said her physical wounds have healed – but she still suffers nightmarish flashbacks and feels unsafe walking the streets alone. 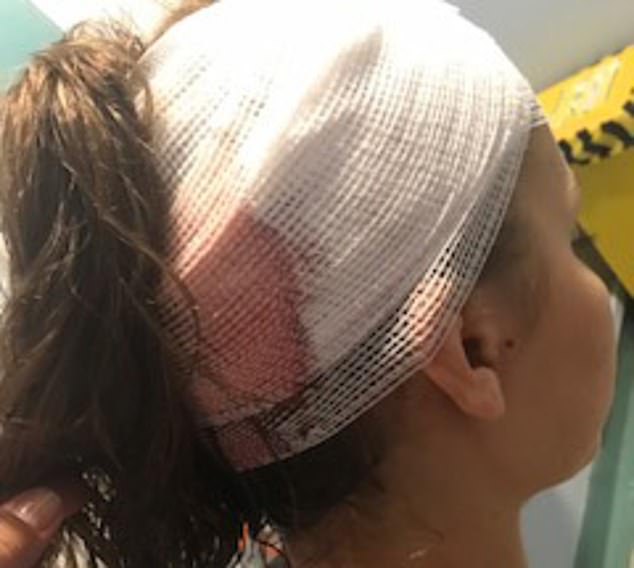 Miss Burrows said: ‘I shut myself off and was in a very bad place for months.

‘Even though they weren’t to blame, I haven’t talked to Sam about what happened, and have barely spoken to my cousin.

‘I used to be confident, but still won’t go out on my own now, even in daylight.

‘I feel so nervous I can’t even get the bus to work any more, and I need tablets to get to sleep at night.

‘In my opinion, justice isn’t always served. I was beaten unconscious with a hammer – and Lucy got a slap on the wrists in return.’