A jealous woman doused her sleeping boyfriend with acid and then attacked him a second time while he was lying wounded after mistakenly believing he was having an affair.

Esther Afrifa, 28, who has been jailed for 14 years, bought a litre of sulphuric acid from the Internet and left it by her bedside ready to attack 29-year-old Kelvin Pogo at their home in Wembley, north London.

After the first attack, Afrifa went to extraordinary lengths to stop Mr Pogo getting medical treatment, leaving him with lifechanging injuries that have left him plagued by suicidal thoughts.

Mr Pogo told the Standard: ‘Every day I wake up is like the day she attacked me. It’s like time has stopped.

‘Every time there is a knock at the door I’m scared someone is going to hurt me. She used to be my world and she did this to me. I just can’t understand it.’

Kelvin Pogo, 29, was doused with acid by his girlfriend after she mistakenly thought he was having an affair 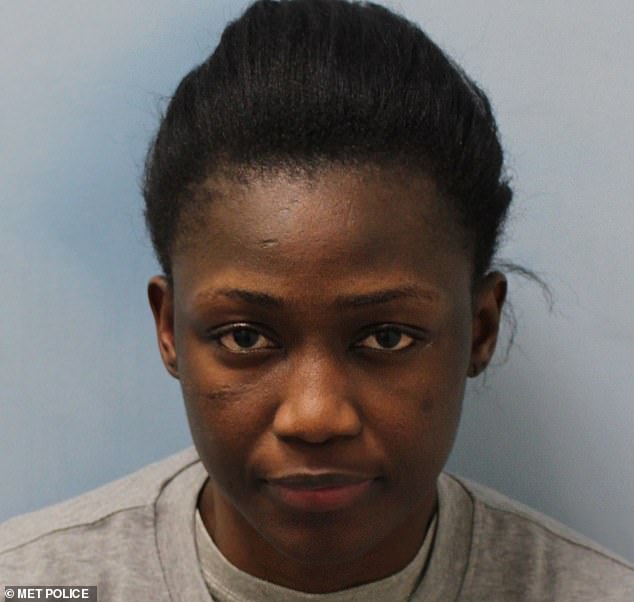 Afrifa went to extraordinary lengths to stop Mr Pogo getting medical treatment, leaving him with lifechanging injuries that have left him plagued by suicidal thoughts

Afrifa poured acid onto Mr Pogo’s chest at 3.30am on December 22, 2019 and it quickly burned through his t-shirt, a trial at Harrow Crown Court heard.

At first he did not realise his girlfriend was responsible and asked her to get help before pouring holy water on his wounds.

She pretended to call 999, blocked his friends from calling, and cancelled a taxi that was due to take him to hospital.

Afrifa struck again while Mr Pogo lay resting on the sofa with already painful wounds, pouring more acid over his face and body.

He ran from the flat screaming and was helped by a passing stranger who got him medical help.

The boyfriend – who Afrifa wrongly believed was sleeping with a university classmate – said she also tried to get him to drink acid from a Nike sports bottle but he was only saved due to his distrust of tap water since his childhood in Africa.

Mr Pogo, who moved to Britain to study film, was left with continuing mental trauma and permanent damage to his eyes, head, face and upper body.

Sentencing Afrifa to 14 years in prison, Judge Charles Bourne QC called it ‘a truly wicked thing to do’.

Afrifa was arrested after being found nearby loitering in an alleyway. She was taken into custody and later charged.

Detective Constable Tom Dawood, the investigating officer, said: ‘The victim suffered horrific and extensive injuries at the hands of Afrifa and has endured months of surgeries and hospital visits since the attack.

‘I would like to commend colleagues from London Ambulance Service and London Fire Brigade who attended the scene quickly and provided vital first aid that has undoubtedly reduced the severity of his injuries.

‘I am pleased that Afrifa has been brought to justice for her horrific crime and will now serve a significant custodial sentence.’ 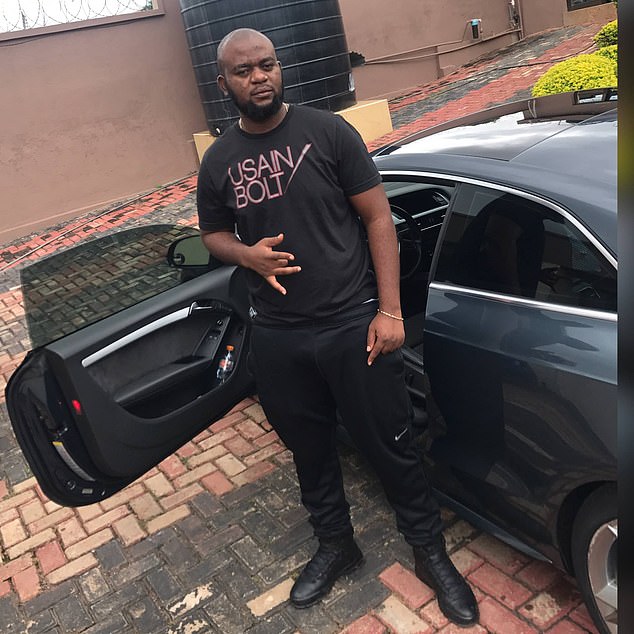 Mr Pogo, who moved to Britain to study film, was left with continuing mental trauma and permanent damage to his eyes, head, face and upper body. He is seen before the attack

She is likely to be deported to Ghana after her release.

The UK has one of the highest per capita rates of acid attacks in the world.

In September, victims of a suspected acid attack in Cardiff were seen splashing milk on their wounds in a bid to ‘neutralise’ the suspect, thought to be peroxide or bleach.

One witness said he had just been to the supermarket when he saw a man covered in milk trying to ‘neutralise the acid’ on his skin.

He said: ‘When I went into Tesco a bloke came storming towards me topless covered in milk, saying he’d had acid thrown on him, using the milk to neutralise the acid.

‘All the staff in Tesco were clearing up the milk. It was bonkers.’

At Westminster Magistrates’ Court, Paul Goldspring, the chief magistrate, described the 56-year-old’s behaviour as ‘callous and intimidatory’ and said she ‘showed little remorse or contrition’.

She was handed a 10-week prison sentence, suspended for two years, and 200 hours of community service.