Jean-Claude Juncker trolled Boris Johnson over the bitter row over suspending the Commons today – saying the European Parliament is ‘open and in action’.

The EU commission chief delivered the jibe as he gave a speech to MEPs in Strasbourg updating them on the Brexit process.

Mr Juncker said his lunch with Boris Johnson in Luxembourg this week had been ‘friendly’, but he warned he could not ‘look you in the eye and tell you progress has been achieved’.

He insisted he was ready to work ‘day and night’ to get an agreement with the UK, but warned that the risk of No Deal was ‘palpable’.

The grim assessment comes with negotiations over Brexit on a knife edge, as Mr Johnson tries to overhaul the package thrashed out by Theresa May.

Addressing MEPs in Strasbourg today, Jean-Claude Juncker said his lunch with Boris Johnson in Luxembourg this week had been ‘friendly’, but he warned he could not ‘look you in the eye and tell you progress has been achieved’ 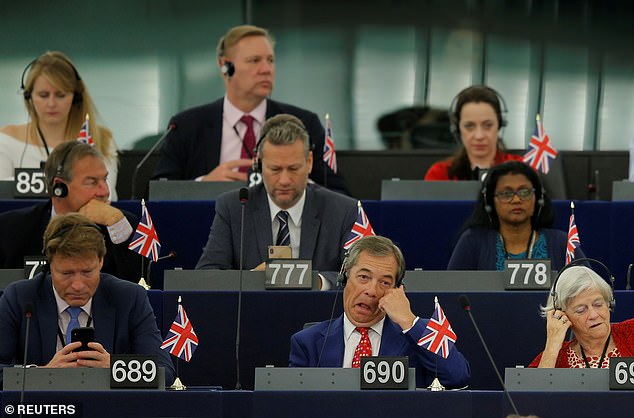 The PM has insisted the Irish border backstop must be deleted – with UK official proposing a much looser arrangement with measures to minimise friction at the line between Northern Ireland and the Republic.

Mr Juncker told MEPs: ‘I said to Prime Minister Johnson that I have no emotional attachment to the safety net, to the backstop, but I stated that I stand by the objectives that it is designed to achieve.

‘That is why I called on the Prime Minister to come forward with operational proposals, in writing, for practical steps which would allow us to achieve those objectives.

‘Until such time as those proposals have been presented I will not be able to tell you, looking you straight in the eye, that any real progress has been achieved.’

He added: ‘Over the past years, the EU has shown great unity of purpose in the Brexit negotiations. Great solidarity with those Member States most affected.

‘Unity is our most precious resource and our greatest asset. It will continue to guide me over the next weeks.’ 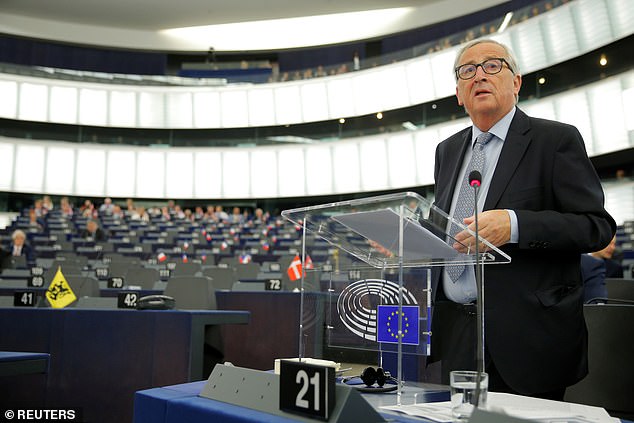