Nicholas Van Varenberg, 21, was arrested on Sunday in Tempe, Arizona

Nicholas Van Varenberg, 21, was arrested on Sunday in Tempe, Arizona.

Police got a call to check on him because he had allegedly punched the elevator in his building, TMZ reported.

They found a trail of blood leading to his flat and after speaking to him and a roommate, discovered the 21-year-old had hurt his hand.

Cops left the apartment but 20 minutes later the roommate dashed downstairs and said he’d escaped the flat where Mr Van Varenberg was holding him at knife point.

Police then searched the apartment and found the knife and marijuana.

The 21-year-old, who was born in Los Angeles, made an appearance in the 2017 film Kickboxer: Retaliation which his father starred in.

His mother is American model and actress Darcy LaPier. Van Damme has been married five times to four different women. 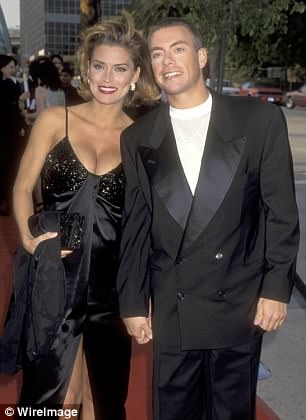 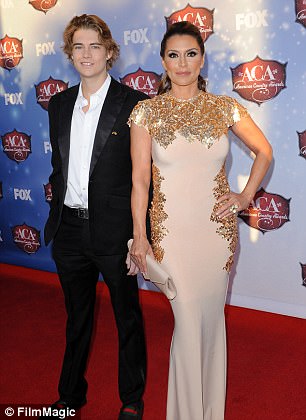 Mom and dad: Jean-Claude Van Damme and Darcy LaPier (pictured, left, in 1995) and LaPier and the couple’s son Nicholas (right, pictured in 2013) 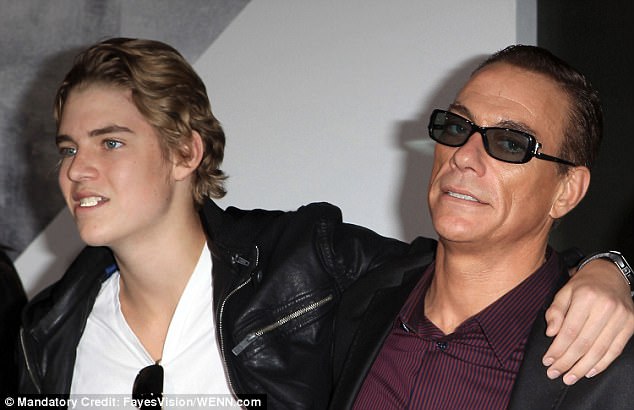 He was married to his third wife, bodybuilder Gladys Portugues – with whom he has two children: Kristopher (born 1987) and Bianca (born 1990) until 1992, when he began an affair with actress Darcy LaPier, whom he married in February 1994.

That same year he had an affair with his Street Fighter co-star Kylie Minogue during filming of that movie in Thailand.

LaPier, who was pregnant at the time with Mr Van Varenberg, did not become aware of this until Van Damme publicly admitted it in 2012.

In early 2015, Portugues has filed for a second divorce from Van Damme – citing irreconcilable differences. However, in May 2015 they appeared to have reconciled and called off the divorce. 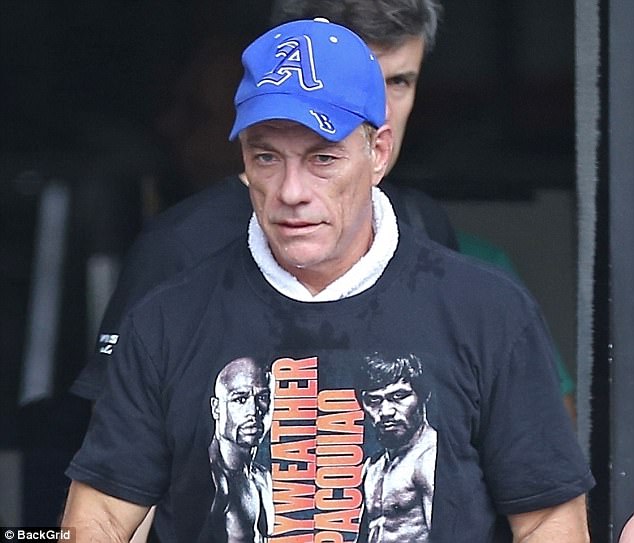