A thieving mother-of-three has walked free from court despite being one of the most heavily convicted women in Britain.

Former recruitment boss Jeanette Fidler, 44, has clocked up 218 convictions over the past two decades after she lost her job and became hooked on heroin.

Police believe she has plundered tens of thousands of pounds worth of items during raids on ladies lockers at gyms, health centres and spas across the North of England.

One victim lost her engagement and wedding ring and on other occasions Fidler broke into five different lockers in one swoop.

Despite being repeatedly arrested and jailed, Fidler would come out of jail and do the same thing again.

She would trick staff into opening lockers for her by pretending a friend had left with the key or that she had lost it.

Fidler, of Oldham, either sold the property or dishonestly used cheques or credit cards to go on spending sprees.

In a bid to stop her thieving spree, Fidler was banned from all leisure centres, gyms or hotels in the UK under the terms of an ASBO-style Criminal Behaviour Order.

But she was arrested again in July after various lockers were broken into after staff let her use the ladies toilet at Salford Community Leisure centre in Greater Manchester. 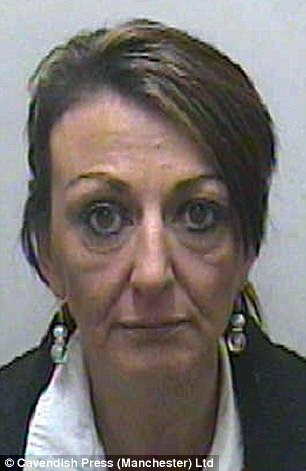 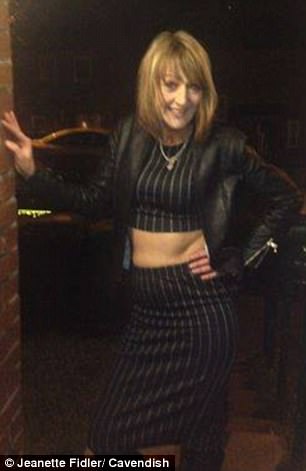 Fidler, of Oldham, either sold the property or dishonestly used cheques or credit cards to go on spending sprees 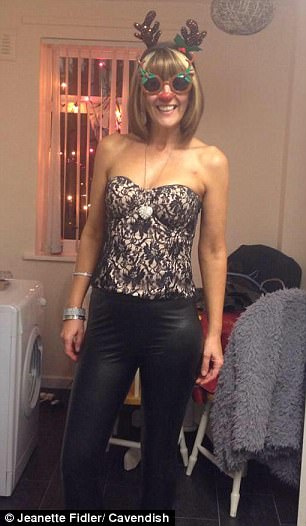 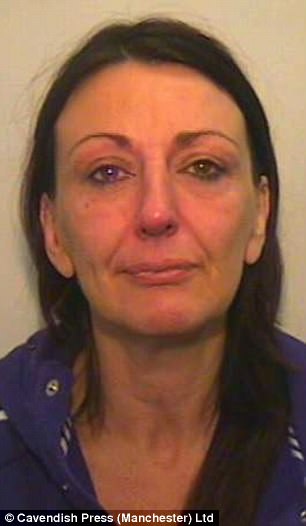 At Minshull Street Crown Court, Fidler (picturedright, in a mugshot from 2013) admitted breaching her Criminal Behaviour Order but escaped with a 12-month community order

The single mother – who has three-year-old son – claimed she was only at the leisure centre because she was desperate for the toilet whilst visiting an art and craft fayre.

But Judge Bernadette Baxter said: ‘I don’t believe a word of it. The reality is she is a woman who is a heroin addict.

‘She knew what this place was, she knew there was a pool there, with lockers and a gym.

‘She could have gone to the local shops, pubs, cafes, anywhere that has a toilet. Why did she go out of her way to go to the leisure centre? How daft does she think people are?’

The judge added: ‘You have umpteen previous convictions but I’m not going to send you to prison as I think this will encourage your little boy to get involved with the kind of life you have lived.

‘We need to prevent you from going to leisure centre, breaking into the lockers and stealing other people’s stuff, causing them distress and upset so you must get involved in a drug rehabilitation programme.

Jeanette Fidler’s life of crime began in 2000 after she lost her job as a recruitment company manageress and became hooked on heroin whilst living in Huddersfield, West Yorks.

In 2002 she was jailed for three and six months and branded a ‘wholesale thief’ after she admitted 32 offences of theft or deception.

In 2011 she was jailed for a further two years after she admitted looting 65 more lockers.

She was jailed for a further 12 months in 2014 for similar thefts theft and breach of an ASBO.

She was jailed again for eight months in December 2016 after she admitted theft of £600 in cash and a £500 iPhone as well as credit cards, house keys and hair straighteners from women’s changing rooms.

Britain’s most prolific female thief is thought to be Penelope Russell, 48, from Stoke-on-Trent, Staffs, who has clocked up 249 offences since she was 12.