Jeanswest collapse laid bare: Fashion retailer owes more than $50 million to 1200 creditors including 988 staff as it moves to shut 37 stores

By Kelsey Wilkie and Nic White For Daily Mail Australia

Clothing giant Jeanswest has collapsed, owing up to $50million to creditors.

The retailer announced it will close 37 stores across Australia, with 263 of its 988 staff to be made redundant, after it was placed into voluntary administration this month.

An initial look at the company’s financial state showed it owes 1,200 creditors and the majority of those are employees.

Financial advisory firm KPMG said the company’s debt to creditors was between $40million and $50million.

A week after going into administration clothing giant Jeanswest is set to close 37 of its 146 stores across Australia, making 263 of its 988 staff redundant in the process 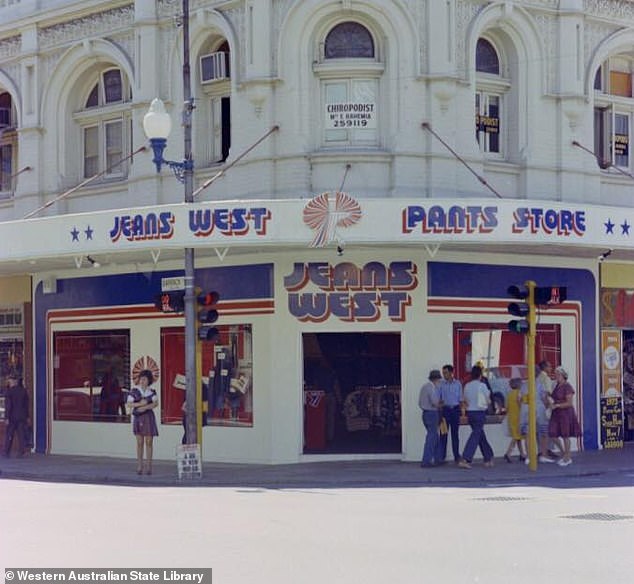 Staff are owed about $2.6million, however, that figure does not include any redundancy payouts, Mr Stewart said.

HSBC Bank is owed about $11million – the largest amount for the company.

Landlords are owed about $2million, but that figure might increase as there may be additional claims when the 37 stores are closed, the Courier Mail reported.

Mr Stewart said they were hoping to find a buyer for the company.

Jeanswest will continue to operate while a buyer for the business is found.

Jeanswest stores will close in six states, seven in Queensland, 11 in New South Wales, three in South Australia, one in Tasmania, six in Western Australia and nine in Victoria. 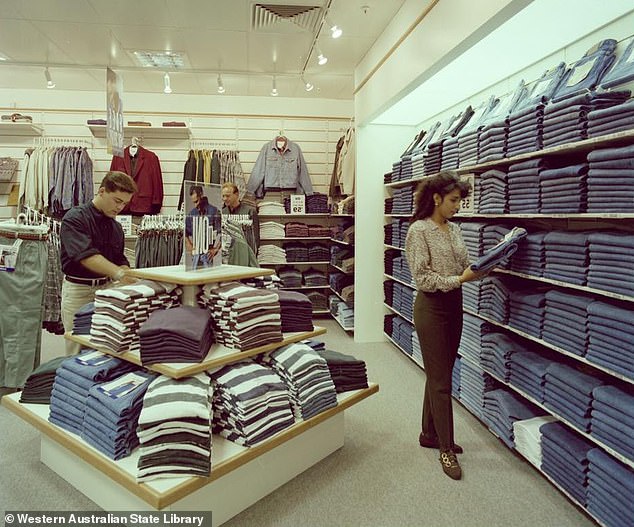 The inside of shop in Belmost Forum shopping centre, Perth, in 1992 stocked with jeans, shirts, and jumpers 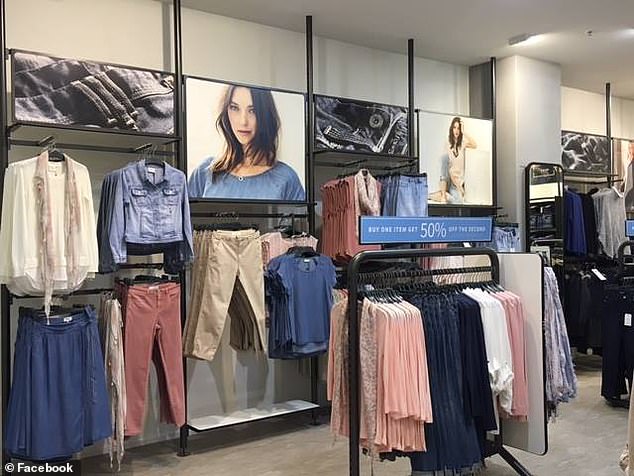 KPMG bosses said like many other retailers, Jeanswest has been challenged by current tough market conditions and pressure from online competition

The Australian brand has been challenged by current tough market conditions and pressure from online competition, Mr Stewart said in a statement.

‘The administration provides an opportunity for Jeanswest to restructure so as to better respond to the challenging Australian retail market,’ he added.

Launched in a tiny street in Perth’s CBD in 1972, Jeanswest steadily grew across Western Australia until it had 28 stores in 1984.

It was the brainchild of well-known Perth socialite and personality Alister Norwood, who partied with legendary singer Rod Stewart and used his denim riches to buy a mansion in the suburb ritzy Dalkeith for a believed state record price. 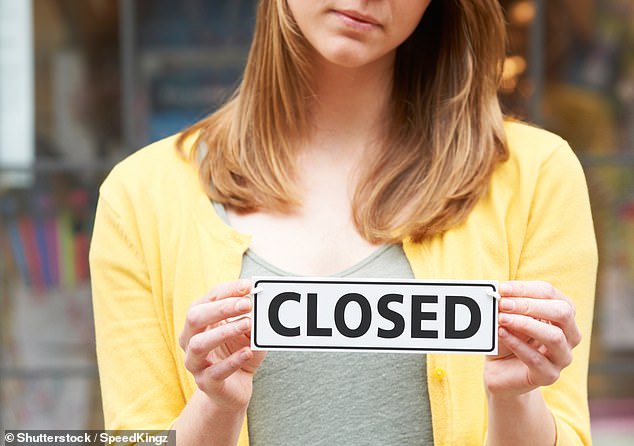 He sold Jeanswest to Hong Kong firm Glorious Sun in 1994 and it dutifully expanded to China, followed by Vietnam, Russia, Indonesia, the Middle East, Mauritius, Peru, and more.

By 2017 Glorious Sun wasn’t feeling so glorious about the company’s prospects and spun off the Australian operation into a separate entity – which has now been thrown to the wolves.

Mr Norwood said he was unaware Jeanswest had been privatised out of the Hong Kong company in a statement issued in the wake of the collapse to Perth radio station 6PR. 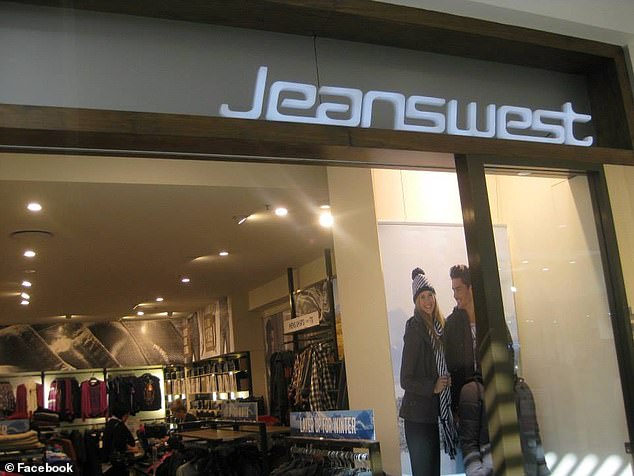 Launched in a tiny street in Perth’s CBD in 1972, Jeanswest steadily grew across Western Australia until it had 28 stores in 1984