He is an Oscar winning actor who looks for inspiration from the people he has met in his lifetime.

And on Thursday Jeff Bridges revealed he based his character in the new film Bad Times At The El Royale on his real-life priest during an appearance on The Late Show with Stephen Colbert.

‘I had a wonderful experience with a priest in boot camp, the 68-year old star said, referring to his seven years in the U.S. Coast Guard Reserve as a young man. ‘He is very dear to my heart.’

In the movie, Bridges play an aging criminal masquerading as a priest. 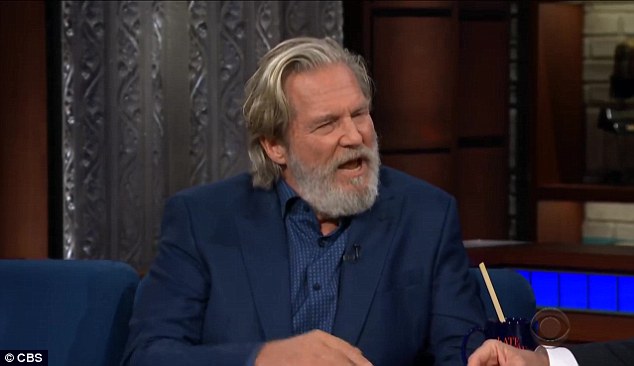 Inspiration: The Oscar-winning actor revealed he based his character in the new film Bad Times At The El Royale on his real-life priest

‘The first thing this priest says to me, and all of us, ‘when you’re here, you’re not in the military, you are in the house of the lord,’ Bridges continued.

‘Don Harris was his name, and he was such a cool guy and he let me play guitar in different services.’

‘Yea, right, we opened the thing with some guitar, Dylan (Bob Dylan) or something,’ Bridges added, which got a noticeable laugh from the audience. 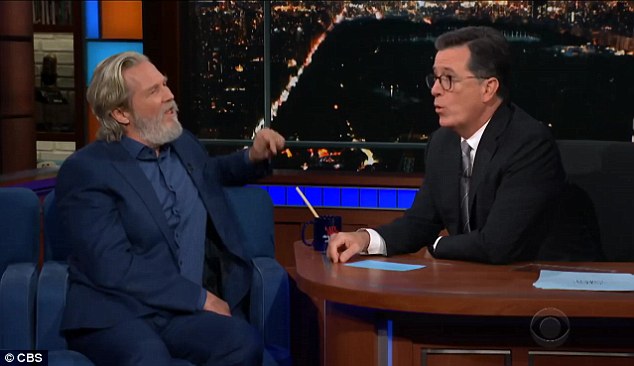 The back story: Bridges met Father Harris when he was in the U.S. Coast Guard Reserve: ‘He was such a cool guy and he let me play guitar in different services’ 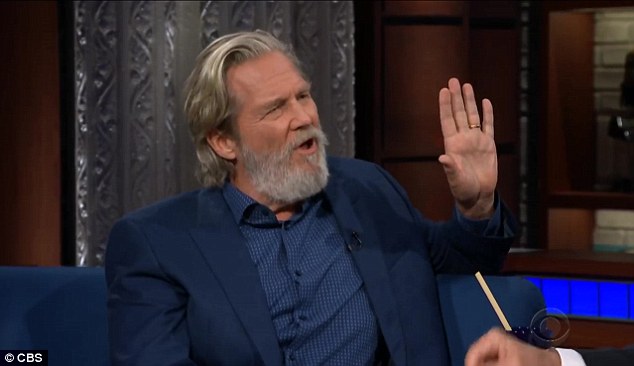 What an adventure: The Crazy Heart star also said Father Harris took him to see the rock band Jefferson Airplane in the late 1960’s

The Crazy heart star went on to say that Father Harris came to him and asked if he would go on an adventure with him. That adventure turned out to be a concert by a legendary rock band during the height of the flower power movement in the late 1960’s.

‘He took me to see Jefferson Airplane at the Carousel Ballroom in San Francisco, can you imagine.’

He added: ‘It was such a gas and then later, 20-years later, I asked him to marry my wife and myself, and he came and married us and he is very deal to my heart.’ 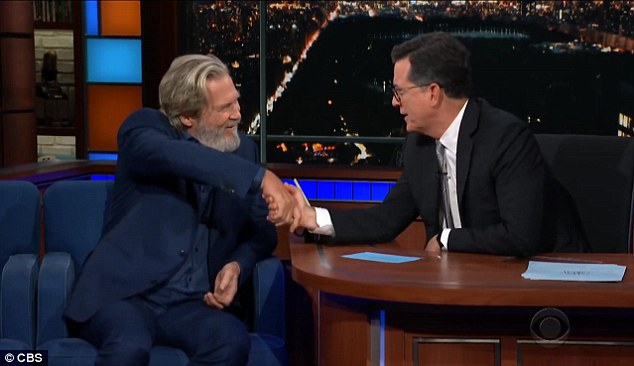 Life-long relationship: ’20-years later, I asked him to marry my wife and myself,’ Bridges shared abut Father Harris to the delight of the audience

Set in the 1960’s, Bad Times at the El Royale follows seven strangers who find themselves at a Lake Tahoe hotel at the border of California and Nevada. But, as they settle into the rooms, they discover that something strange is happening inside and outside the hotel.

Bad Times At The El Royale hit theaters on October 12. 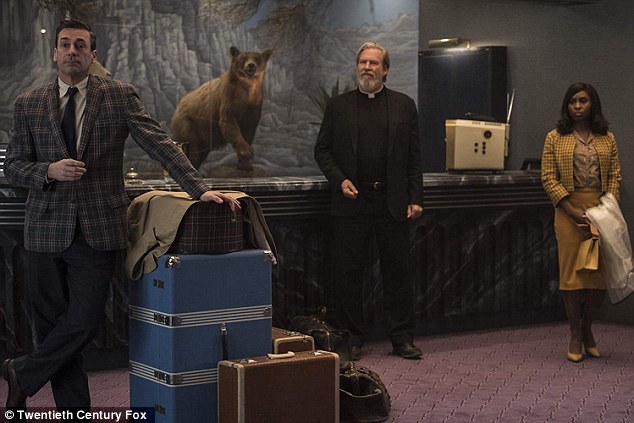 The skinny: Bridges plays Daniel Flynn, an aging criminal masquerading as a priest 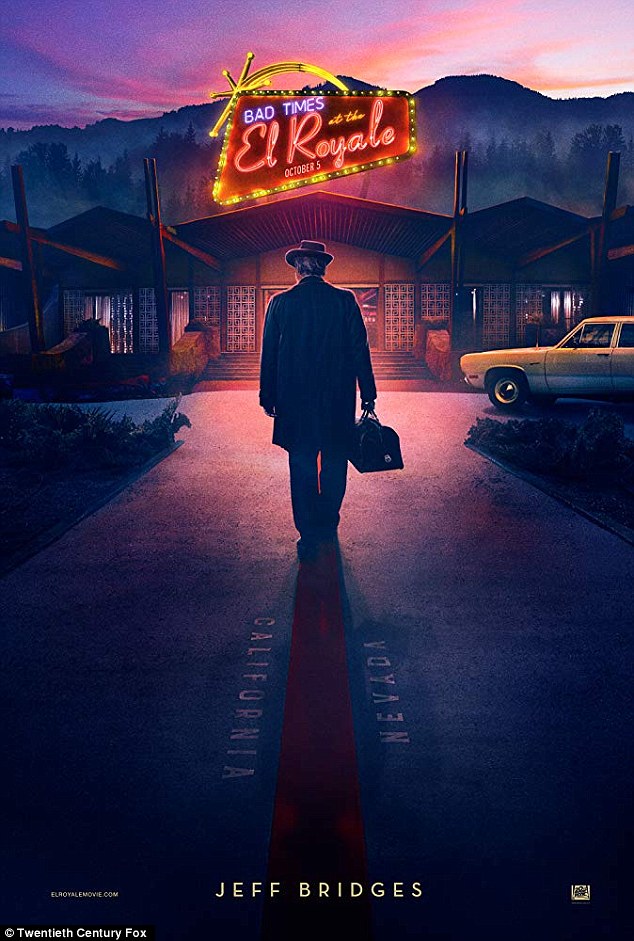