JEFF PRESTRIDGE: Neil Woodford investors may face another ‘significant haircut’ to their remaining investment before the fund’s wind-up is complete

There was yet more bad news last week for the 400,000 investors with money tied up in the basket case that is investment fund Woodford Equity Income (now known as LF Investment).

Link, the fund’s much maligned overseer, reported that the remaining assets under the fund’s wing has fallen again in value – from £164million on February 26 to a tad over £123million.

This represents a near 25 per cent reduction in value over just five months.

Alarming whichever way you do the maths, but it means investors are heading for even bigger losses from their dalliance with Woodford, once this rump of assets is disposed of (probably sometime next year) and the proceeds distributed to them.

Concern: Investors are heading for even bigger losses from their dalliance with Neil Woodford

Since the fund was suspended in June 2019 – following its inability to meet a big redemption request from Kent County Council and then put in wind-up by Link with fund manager Neil Woodford given the proverbial bullet – investors have received distributions totalling just short of £2.55billion from sales of the fund’s assets.

Assuming the remaining assets are actually sold for £123million, this means investors will have got back around 72 per cent of the value of their investments when the fund was abruptly suspended.

Yet experts believe it will be a minor miracle if the sale of the remaining eight holdings will raise the combined valuation currently put on them by Link.

Fund manager Alan Miller, who knows a thing or three about investments, questions whether the valuations put on some of these unquoted holdings – in particular Rutherford Health and drugs specialist Benevolent AI – will be achieved.

Benevolent AI’s figures were equally galling – losses of £48.4million on revenues of £4.6million. Between them, these two holdings account for more than 60 per cent of the remaining rump.

Miller says he would be ‘amazed’ if Woodford investors did not face yet another ‘significant haircut’ to their remaining investment before the fund’s wind-up is complete.

In the meantime, the regulator’s investigation into the circumstances surrounding the fund’s suspension trundles along at half snail’s pace – with little indication that anyone (Woodford or Woodford cheerleader Hargreaves Lansdown) or anybody (Link or for that matter the regulator itself) will be held to account for the losses suffered by investors.

All deeply unsatisfactory, all unfair to investors, and all so damaging to the reputation of this country’s investment industry and the organisation responsible for overseeing it (the Financial Conduct Authority). What a basket case. 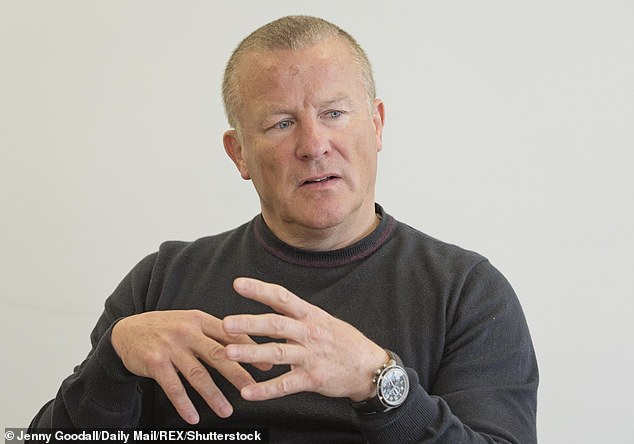 Are Nail The Scammers pleas being heard?

Over the past six weeks, the Mail on Sunday has called for more resources to be made available to fight financial crime – a crime that has thrived under lockdown and now seems out of control.

As part of our Nail The Scammers campaign, we’ve urged for more effective policing so that fraudsters can be caught and punished – and demanded that banks, internet providers and mobile phone providers do more to ensure the war on scammers is won.

It seems our calls are being heard. Late last month, the Government announced a series of measures designed to tackle fraud, including the replacement of the thoroughly useless Action Fraud with a more effective fraud reporting system.

A few days ago, Her Majesty’s Inspectorate of Constabulary and Fire & Rescue Services also had its say, stating that fraud continues to be treated by the police as a ‘low-priority or victimless crime’.

It revealed data showing fraud accounts for 36 per cent of all estimated crime – yet only one per cent of police personnel are involved in solving fraud cases.

Among its recommendations was for the various Government and police organisations to work more closely together to tackle fraud more efficiently.

This dovetails with our call for the setting-up of a police unit dedicated to nailing financial fraudsters. The sooner the better.