Jeffrey Epstein reportedly went to the White House multiple times during the early days of Bill Clinton’s presidency – even though the former president says he had only six encounters with the billionaire sex offender starting from 2002.

Clinton immediately distanced himself from Epstein when the New York financier was arrested on sex trafficking charges earlier this month.

The former president, who was in the White House from 1993 to 2001, said he had taken four flights on Epstein’s private jet and visited him in his New York office and apartment on one occasion each.

Clinton said the encounters with Epstein occurred around 2002 and 2003 and that his Secret Service agents were present at the time. 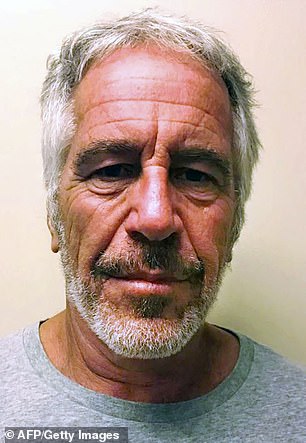 However, a Daily Beast investigation published on Wednesday has uncovered that Epstein had links to the Clinton administration that date back to the early days of his presidency.

Epstein made a $10,000 donation to the White House Historical Association in 1993, according to records reviewed by the Daily Beast.

He also attended a reception for donors that was hosted by Bill and Hillary Clinton in the White House residence.

‘President Clinton knows nothing about the terrible crimes Jeffrey Epstein pleaded guilty to in Florida some years ago, or those with which he has been recently charged in New York,’ she said.

‘Any suggestion to the contrary, is both factually inaccurate and irresponsible.’