They were named in attempt to show that the federal government was heavily involved in the non prosecution agreement under which Epstein served just 13 months in jail.

Epstein’s team said they would file a motion to dismiss because the case is essentially a ‘do-over’ and that the original agreement should remain in effect.

Such an argument will form the ‘cornerstone’ of Epstein’s defense, his lawyer said.

The disclosures of the names will likely lead to calls from Democrats for Mandeleker and Roth to explain themselves. 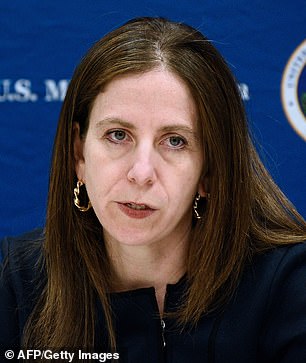 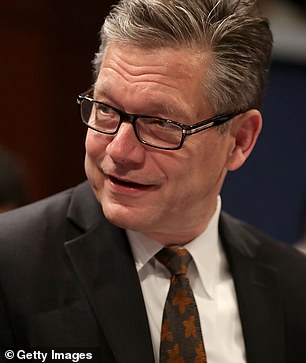 Epstein’s attorney said among those who approved Epstein’s controversial 2008 plea deal were Sigal Mandeleker (left) and John Roth (right). The disclosures of the names will likely lead to calls from Democrats for Mandeleker, Under Secretary for the Department of the Treasury, and Roth, Inspector General for the Department of Homeland Security, to explain themselves 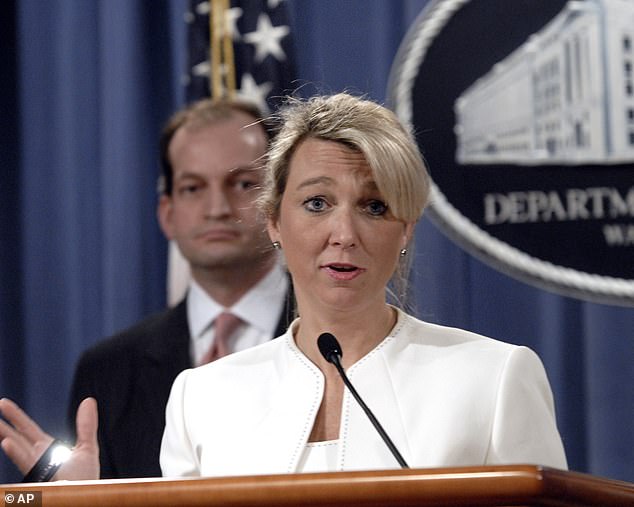 Alice Fisher (pictured), the former Assistant US Attorney General who is now a managing partner of Latham & Watkins LLP, was also dragged into the case. Fisher was considered to be head of the FBI by Donald Trump

Democrats will want to know why they backed away from a 53-page indictment drawn up by prosecutors based on the evidence of 34 victims.

The scandal has already claimed the head of Alex Acosta, the former Florida US Attorney, who last week quit as Donald Trump’s Labor Secretary.

Epstein’s attorney told Manhattan’s federal court that during 2008 there were discussions with prosecutors from the Attorney General’s office and the Southern District of Florida about the plea deal.

Among them was Mandelker, who at the time was Deputy Assistant Attorney General in the Criminal Division of the Department of Justice.

Weinberg also dragged Alice Fisher into the case. She was an assistant US Attorney General who is now a managing partner of Washington law firm Latham & Watkins LLP – the second largest law firm in the city.

Fisher was considered to head up the FBI by Donald Trump when he fired James Comey and has been named as one of the most powerful lawyers in the country. 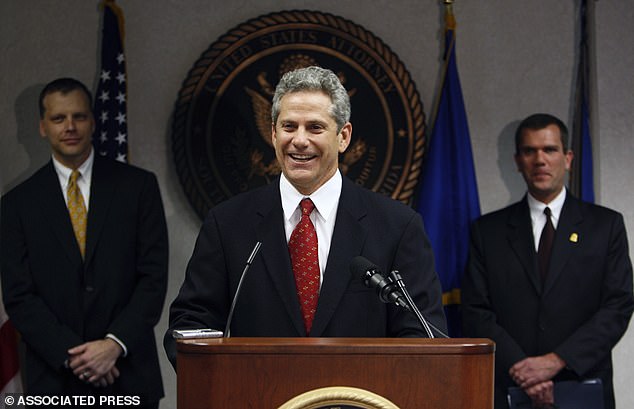 The other person mentioned by Weinberg was Acosta’s top deputy, Jeffrey Sloman (pictured). Earlier this year he wrote in the Miami Herald: ‘Most of Epstein’s victims were terrified to cooperate against him’. 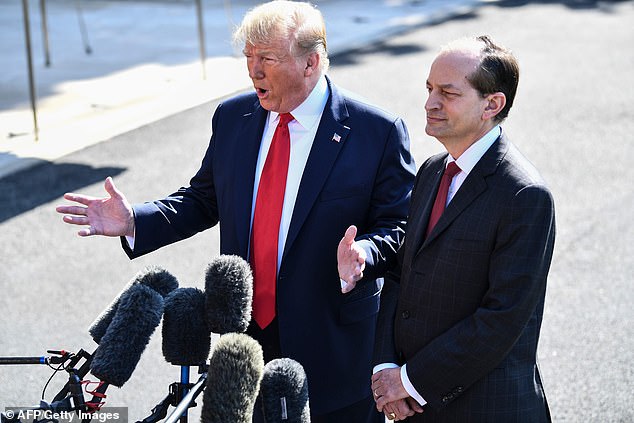 Roth assumed his current post with DHS in 2014 but in 2008 he was chief of staff to the Deputy Attorney General, who at the time was Mark Filip.

His name was also mentioned by Weinberg, as Filip was the highest ranking official at the time.

The other person mentioned by Weinberg was Acosta’s top deputy, Jeffrey Sloman.

Earlier this year he wrote in the Miami Herald: ‘Most of Epstein’s victims were terrified to cooperate against him.

‘Some hired lawyers to avoid appearing before a grand jury. One of the key witnesses moved to Australia and refused to return calls from us.’

Epstein, 66, is accused of paying dozens of underage girls for sex and giving them hundreds of dollars if they recruited more victims so he could do the same to them. 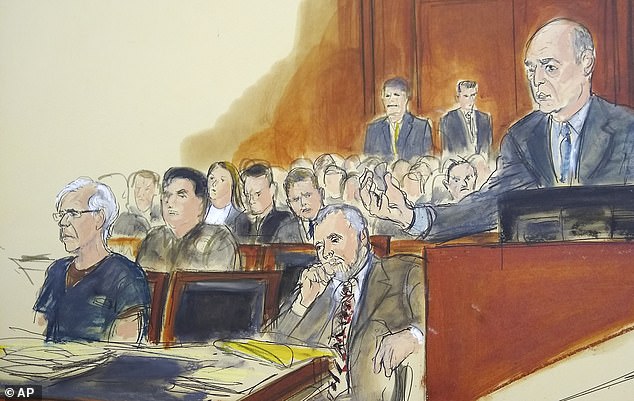 In court: The billionaire pedophile (left in sketch from court on Monday) will now learn on Thursday whether he will be released ahead of his trial on federal sex trafficking charges

The indictment covers alleged abuse between 2002 and 2005 but dozens of new victims have come forward since prosecutors made an appeal following his arrest.

He has pleaded not guilty to two counts of sex trafficking.

On Monday, prosecutors revealed Epstein obtained a passport from Saudi Arabia in the 1980s that had his photo but another name.

The team of attorneys from the Southern District of New York also said the wealthy financier had piles of cash and diamonds in his $77million Upper East Side mansion when it was raided last week.

Judge Richard Berman ordered Epstein to remain behind bars on sex trafficking charges at the Manhattan Correctional Center until a bail hearing scheduled for Thursday.

A spokeswoman for Fisher said it was a ‘mischaracterization’ to say she approved Epstein’s non prosecution agreement.