Jelena Dokic reflects on her past struggles with depression, anxiety and PTSD

Jelena Dokic reflected on her past struggles with depression, anxiety and post-traumatic stress disorder in an Instagram post for World Mental Health Day.

On Sunday, the former tennis champion, 38, shared a photo of herself during a challenging time in her life where she almost ‘ended’ her life just a few years later.

Revealing that she’s now ‘in such a different space’, the athlete urged her followers to ‘check in’ on one another as you never know what ‘battle they are fighting’.

‘I almost ended my life’: Jelena Dokic (pictured in her earlier years) reflected on her past struggles with depression, anxiety and post-traumatic stress disorder in an Instagram post on Sunday, as she encouraged ‘checking in’ on one another on World Mental Health Day

‘WORLD MENTAL HEALTH DAY!! This photo brings up a lot of sadness and pain and was taken during a period of my life where I was experiencing depression, anxiety and PTSD. Only a few years later I almost ended my life,’ Jelena began.

‘Today I am in such a different space. Having gone through many personal challenges and come out the other side, I know how important it is to check in on people around you.’

Jelena said she realises ‘not everyone is fortunate enough’ to survive dark times, and encouraged her followers to ‘raise awareness globally of mental health issues’. 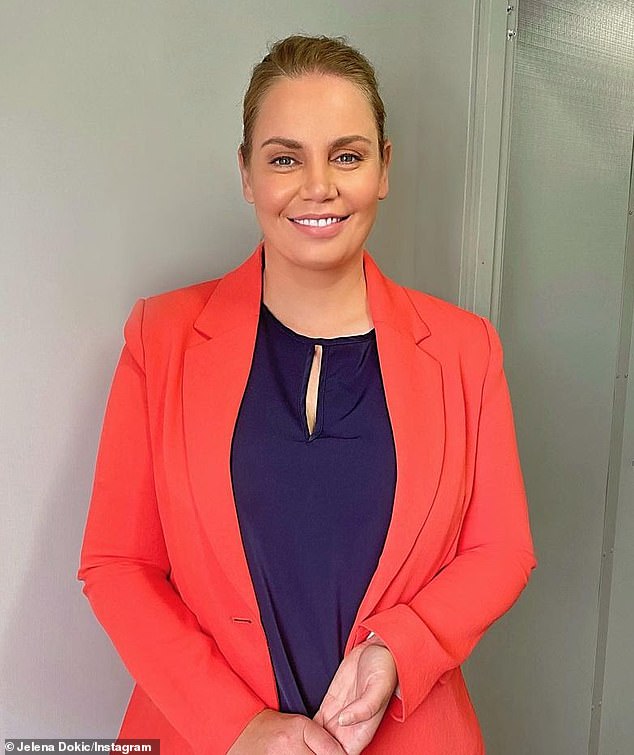 Using her platform: Revealing that she’s now ‘in such a different space’, the former tennis champion, 38, urged her followers to ‘check in’ on one another as you never know what ‘battle they are fighting’

‘It might not seem like a big deal but for anyone facing mental health struggles, just knowing that someone cares for you really does make a world of difference,’ she said.

‘I know how important it is to check in with family, friends or anyone struggling. I struggled immensely and wish more people would have checked in on me.

‘So please show support and be kind because you never know what someone is going through and what battle they are fighting.’

Jelena went on to suggest many simple ways people can reach out to others.

‘Sometimes people underestimate the power of sending a text or making a phone call. It doesn’t take a lot of time and effort and it might not seem like a big deal but it really can and does have an enormous impact. I know it always has and does for me.’

Jelena concluded her post by sending everyone ‘so much love’ and reminding them that they are not alone. 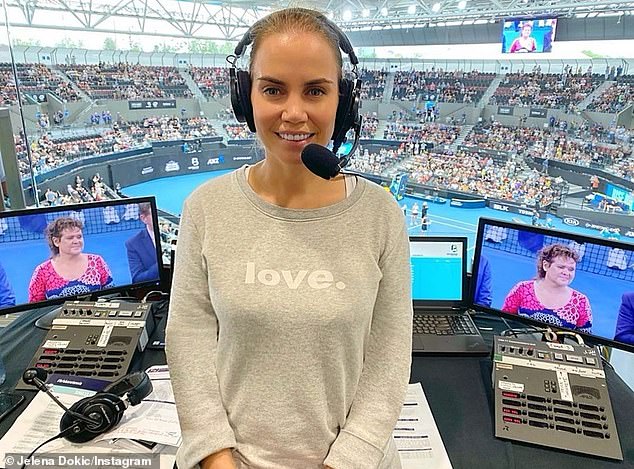 Important message: ‘It might not seem like a big deal but for anyone facing mental health struggles, just knowing that someone cares for you really does make a world of difference,’ she said

This is not the first time Jelena has spoken about her past struggles with mental health.

In 2017, Jelena said she nearly killed herself after allegedly suffering blows of physical and emotional abuse at the hands of her father.

The tennis star said the trauma she faced behind closed doors and the antics Damir Dokic displayed on the sidelines ‘kind of ruined her career’.

Despite conceding she ‘wasn’t able to reach her full potential’ in the game, Jelena said life was tougher being a teenager in Australia.

‘What I am from poverty to racism to bullying… but after I left home dealing with depression and almost committing suicide,’ she told Seven News at the time. 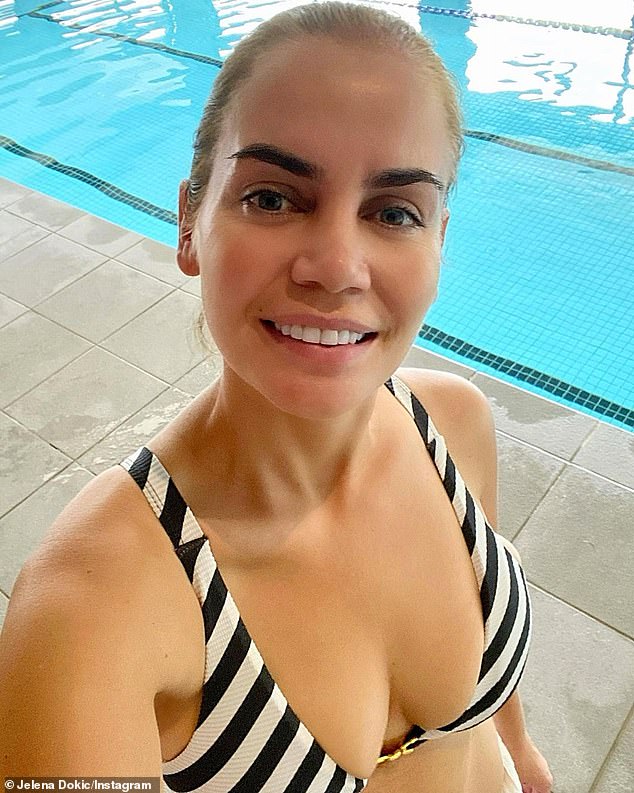 Reaching out: Jelena went on to suggest simple ways people can reach out to others, saying: ‘Sometimes people underestimate the power of sending a text or making a phone call’

Her autobiography Unbreakable, which was released at the time, sparked fellow athletes to speak out against Tennis Australia – who they say must have known about the alleged abuse.

Tennis Australia released a statement which spoke to the fact concerns were made about Jelena’s welfare during her tennis reign, but a ‘lack of cooperation’ meant the investigation never saw the light of day.

‘All of us at Tennis Australia applaud Jelena’s courage in telling her story and will continue to support her in any way we can,’ News.com.au reported at the time.

‘There were many in tennis at the time who were concerned for Jelena’s welfare, and many who tried to assist with what was a difficult family situation. 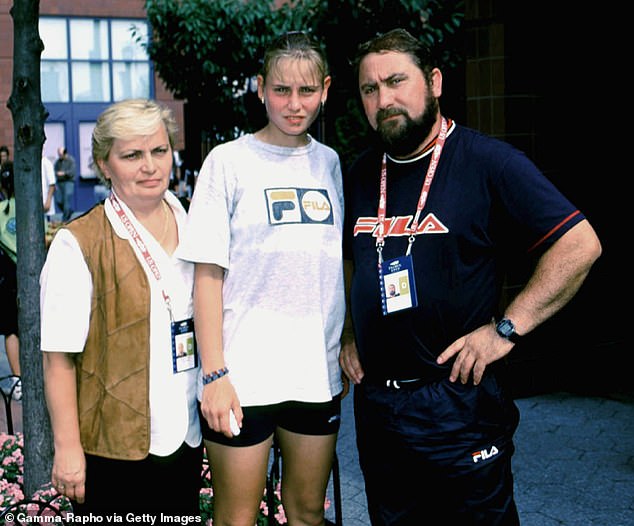 Traumatic: Jelena previously spoke about her past struggles with mental health. In 2017, Jelena said she nearly killed herself after allegedly suffering blows of physical and emotional abuse at the hands of her father Damir Dokic. Jelena is pictured with parents Damir and Liliana

‘Some officials even went as far as lodging police complaints, which without cooperation from those directly involved, unfortunately could not be fully investigated.

‘Over the past ten years tennis has been constantly improving and updating policies to increase protection for children.

‘Tennis Australia is working closely with the Australian Childhood Foundation to strengthen the safeguarding of children across the sport.’ 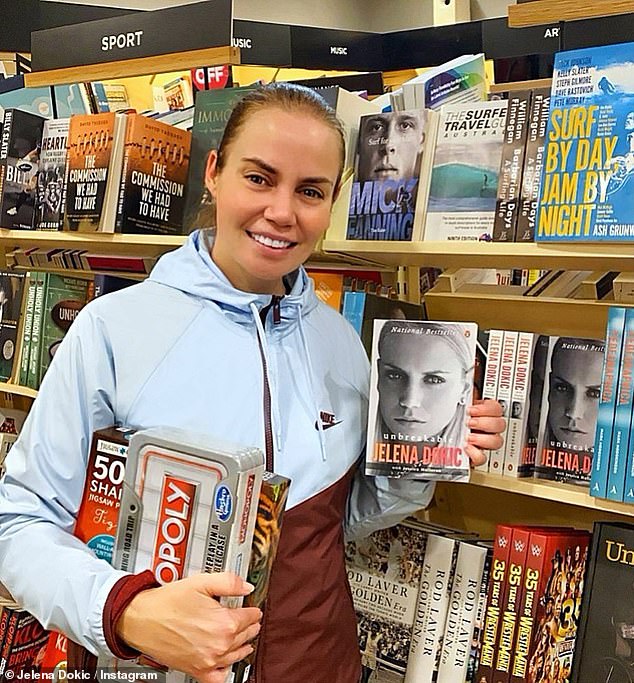 Tough times: In her autobiography Unbreakable, Jelena claimed that her father Damir regularly beat and whipped her from the age of six

During the course of her career, which saw the Croatian-born athlete reach world number four, Jelena alleges she was whipped with a leather belt if they had a bad training session and had her shins kicked with heavy dress shoes, often leaving her bruised and bloodied.

She was also referred to as a ‘sl*t’ and a ‘wh**e’ as a young teenager, the Daily Telegraph previously reported.

Despite the near-constant assaults, Jelena said the worst beating she ever had was after losing early on at the du Maurier Open in Canada in 2000.

‘It was a really nasty memory that will stay with me forever… I ended up fainting,’ she said. ‘He beat me really badly.’

Damir was considered one of tennis’ worst dads for his frequent arguments with match officials that got him kicked out of three of the four grand slam tournaments. 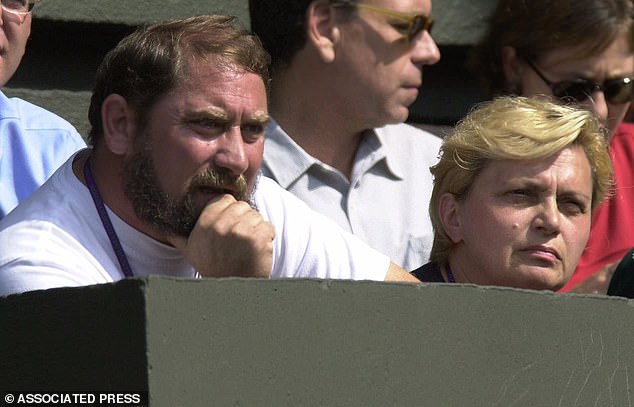 He was ejected from Wimbledon in 2000 for smashing a journalist’s phone, the U.S. Open for abusing staff about the price of lunch, and the 2001 Australian Open for claiming the draw was rigged against his daughter.

In 2009 he was jailed for 15 months for threatening the Australian ambassador in Serbia with a hand grenade.

After years out of the top rankings she made a comeback in 2009 to make the quarter finals of the 2009 Australian Open.

Jelena retired in 2014 before battling a thyroid condition that saw her balloon to 120 kilos. She later went on to lose 30 kilos. 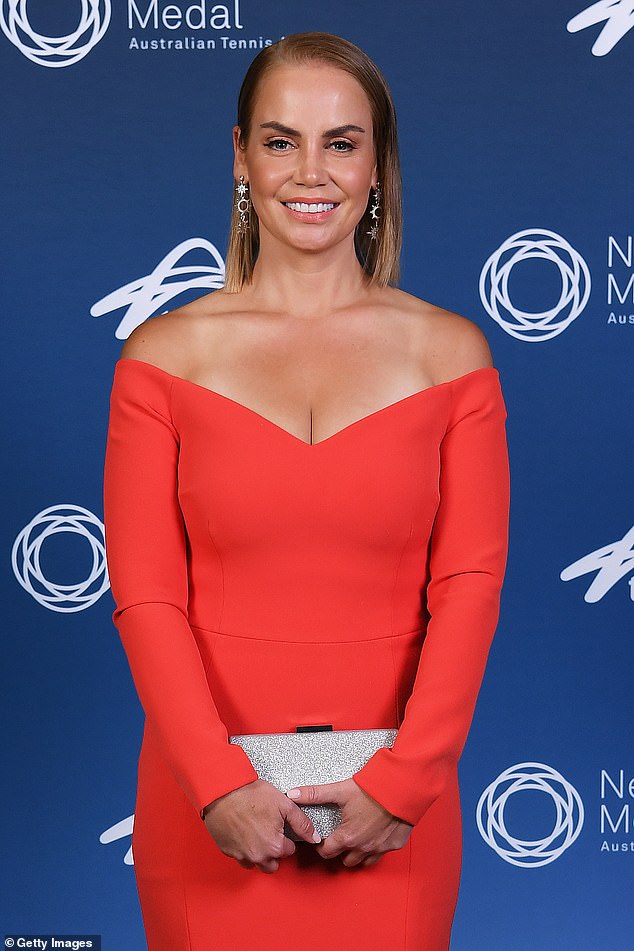 Still standing: Jelena has kept close ties to the sport through coaching and commentary