Jenas slammed by fans for praising Minamino’s time in Germany… despite him never playing there!

‘What a numpty… get your facts straight’: Jermaine Jenas is slammed by fans for praising Japan star Takumi Minamino’s time in Germany… despite the former Liverpool forward having NEVER played in the country!

Jermaine Jenas has been blasted by fans for hailing Takumi Minamino’s spell in Germany – despite the Japanese star having never played there.

The BBC pundit, speaking as Minamino played during Japan’s World Cup last-16 exit against Croatia on Monday afternoon, praised the winger’s performances in the country.

Monaco forward Minamino, 27, has played for Cerezo Osaka in Japan, Red Bull Salzburg in Austria, Liverpool, and Southampton (on loan) in England, and now in France – but never Germany. 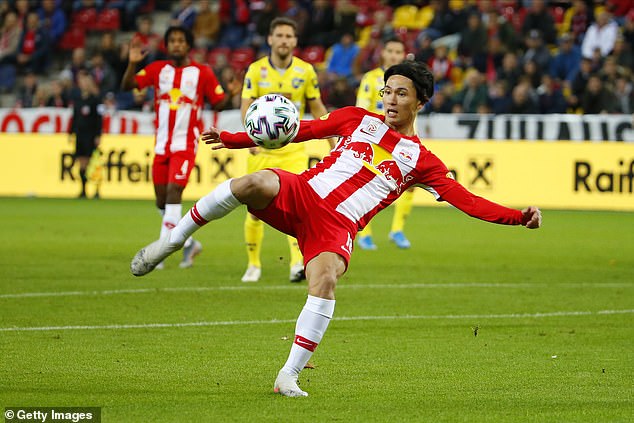 The Monaco winger, 27, has played for Red Bull Salzburg in Austria – but never in Germany 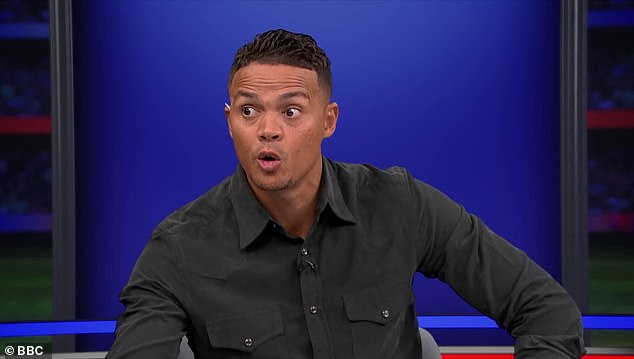 It is likely Jenas got confused between Austrian Bundesliga side Salzburg and their sister outfit RB Leipzig in Germany.

But frustrated fans quickly took to social media to point out that highly-paid pundits like Jenas should know their stuff.

One said: ‘According to Jermaine Jenas, Minamino’s “time in Germany” went well. Takumi Minamino has never played in Germany.’

Another posted: ‘He’s a professional pundit who gets paid a lot of bank to talk about football the least he could do is get his facts right.’

One tweeted: ‘Why do we allow ex players who clearly have no clue, co-commentate on games? Jenas discussed Minamino’s time in Germany, where he has never played.’ 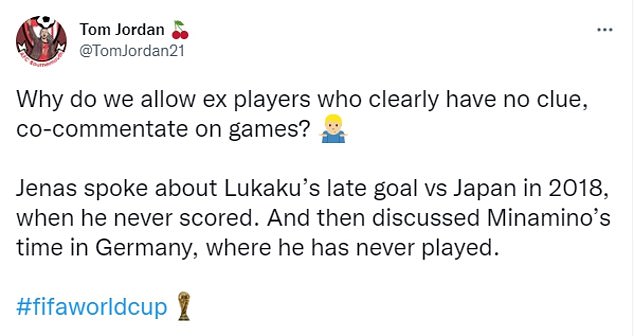 A fifth continued: ‘Jermaine Jenas just said Takumi Minamino played really well “during his time in Germany” – he’s never played for a German club… Jenas gets paid £200k a year for this level of “expert” analysis.’

Another said: ‘What a numpty Jermaine Jenas is. Minamino never played in Germany because RB Salzburg is in Austria,’ followed by a face-palm emoji.

A seventh concluded: ‘As if Jermaine Jenas has just said Minamino played well in Germany, get your facts straight man.’