Jenna Bush Hager choked up while paying tribute to John McCain on Tuesday morning — as she and Megyn Kelly bashed the president’s reaction to the Arizona senator’s death.

Bush is one of two former presidents, along with Barack Obama, whom McCain asked to speak at his funeral. 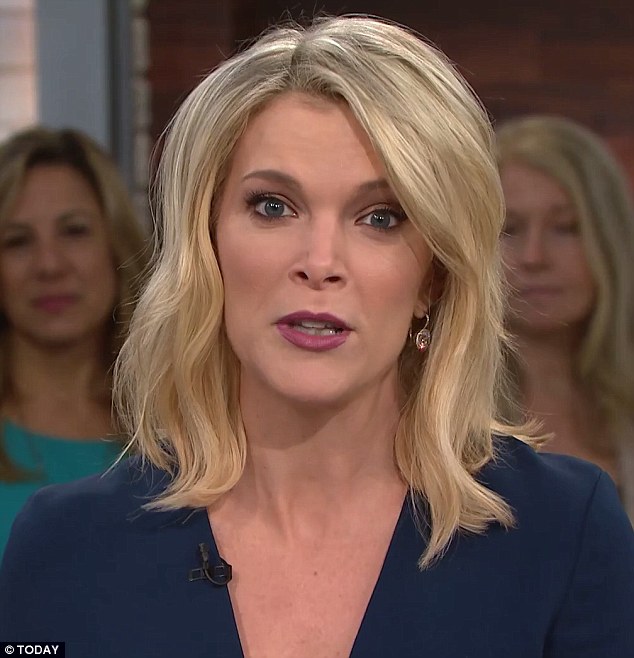 Megyn, after bashing Trump for making ‘every moment about his own personal pettiness, as opposed to about the country’, reminded Jenna that her own father beat McCain for the 2000 Republican nomination.

‘But then they became dear friends,’ Jenna said. ‘I think there’s a history in our country, long before what we’re living in now, where politics is put aside for friendship.

‘And John McCain was a good friend. He was a really good person and he will be missed.’

She was visibly moved as she discussed McCain’s farewell statement, in which he wrote: ‘Do not despair of our present difficulties, we believe always in the promise and greatness of America because nothing is inevitable here.’

Jenna said she felt the urge to share the senator’s words with her daughters Mila, five, and Poppy, three. Friends: Jenna said McCain became a ‘good friend’ even after her father George W. Bush, 72, beat him for the 2000 Republican nomination. Both men are pictured in 2008 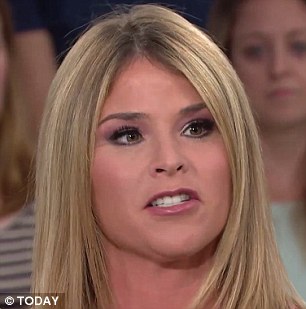 Personal: ‘I think there’s a history in our country, long before what we’re living in now, where politics is put aside for friendship,’ she said

‘I wanted to shout it out to my little children who don’t know how to read because his statement speaks to the best of our country and where I’ll believe we’ll go back,’ she said.

‘And how appropriate that the maverick had the last word.’ 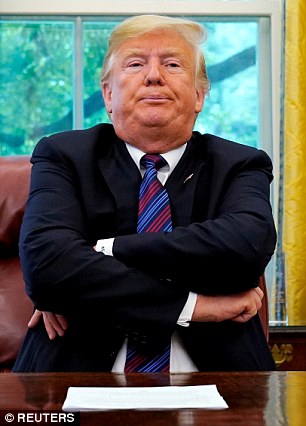 Reaction: Trump ignored shouted questions from reporters regarding McCain’s death on Monday (pictured), as his treatment of the senator’s passing was widely deemed callous

President Trump’s reaction to McCain’s death was widely deemed callous; on Monday, he ignored reporters’ questions about the senator’s passing while the White House flag, which was placed at half-mast on Sunday, was raised again prematurely.

The president’s reluctance to participate in the national remembrance for McCain, who was severely beaten while a prisoner of war over a number of years in Vietnam, was awkward and uncomfortable, even by the standards of a leader who acknowledges he does not act like a typical president.

Trump eventually relented under pressure to honor the late senator, recognizing his ‘service to our country’.

On Tuesday, Jenna was eager to point out that people are honoring the senator ‘all across our country’, adding: ‘And it’s the everyday people’s voices that are being heard. So let’s not get, because one person may not be celebrating loudly—’

Megyn interjected: ‘But it’s the president!’, to which Jenna replied: ‘I agree.’

Megyn continued, telling Jenna: ‘I’m sure your dad disliked a number of people in and around Washington.’ 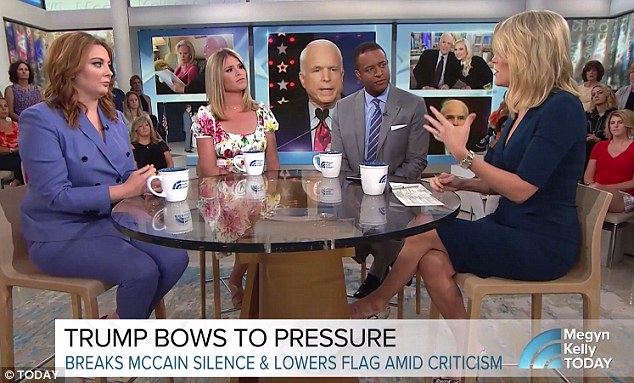 World: Glamour editor-in-chief Samantha Barry (left), 36, who is from Ireland, joined the group, and noted that McCain was ‘revered’ internationally as well Sharing: Jenna said she wanted to read McCain’s farewell statement to her daughters Mila, five, and Poppy, three, because it ‘speaks to the best of our country’

‘Typically, our presidents have looked to provide healing moments in the wake of big losses or national tragedies and man, we’ve gone a different way,’ Megyn added.

Samantha, who is from Ireland, explained that as a foreigner, McCain was one of the only senators she knew before coming to the US, pointing out he was ‘revered’ internationally as well.

‘He’s very much a senator that was known on a global scale, not just here in the US,’ she added.

Before Trump’s statement on Monday afternoon, his only commentary on McCain’s death had been a perfunctory tweet Saturday.

The lack of a formal statement — combined with the fact that White House flags were flown at half-staff only briefly —drew strong criticism from Republicans and veterans’ groups as well as Democrats.

Privately, he has groused about such slights as his belief that McCain did not appreciate his endorsement in the senator’s 2016 re-election bid.

McCain, for his part, recently slammed Trump’s Helsinki meeting with Russian President Vladimir Putin as ‘one of the most disgraceful performances by an American president in memory.’