When actress Jenna Fischer made a mistake in a critical tweet, she was set straight in minutes by hoards of other Twitter users.

But instead of ignoring her detractors, silently deleting the tweet, or doubling down on her anger, The Office star opted to issue a thorough, sincere apology.

It all started last Saturday when Fischer decided to tweet out her feelings about the tax bill that had just been signed into law by the Trump administration.

Taking it back: Actress Jenna Fischer issued an apology after mistakenly criticizing the GOP tax bill on Twitter 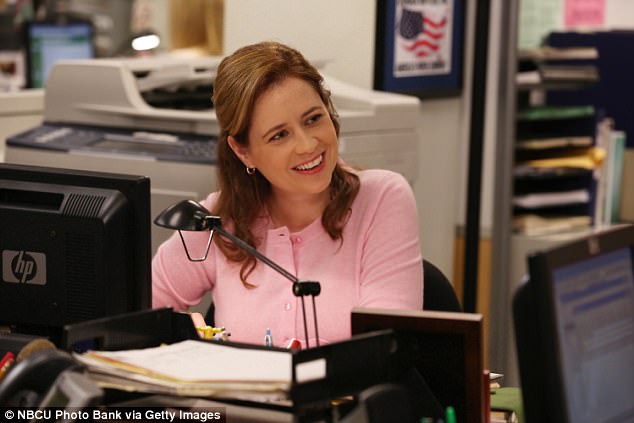 Claim to fame: The 43-year-old is best known for her role as Pam on sitcom The Office

‘I can’t stop thinking about how school teachers can no longer deduct the cost of their classroom supplies on their taxes,’ she wrote.

‘Something they shouldn’t have to pay for with their own money in the first place. I mean, imagine if nurses had to go buy their own syringes.’

Valid as the analogy may have been, Fischer apparently didn’t know that the final version of the bill had actually kept in the deduction.

It took no time at all for other users to respond to the actress, informing her she got it all wrong. 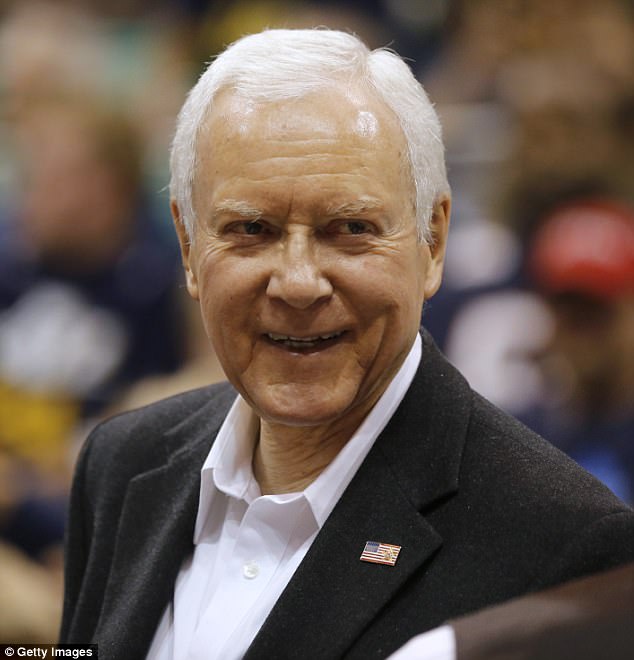 Stepping in: Senator from Utah Orin Hatch was one of many Twitter users who reached out to correct Jenna’s misinformation

Walking back: After realizing she had misunderstood the tax bill, she issued an apology 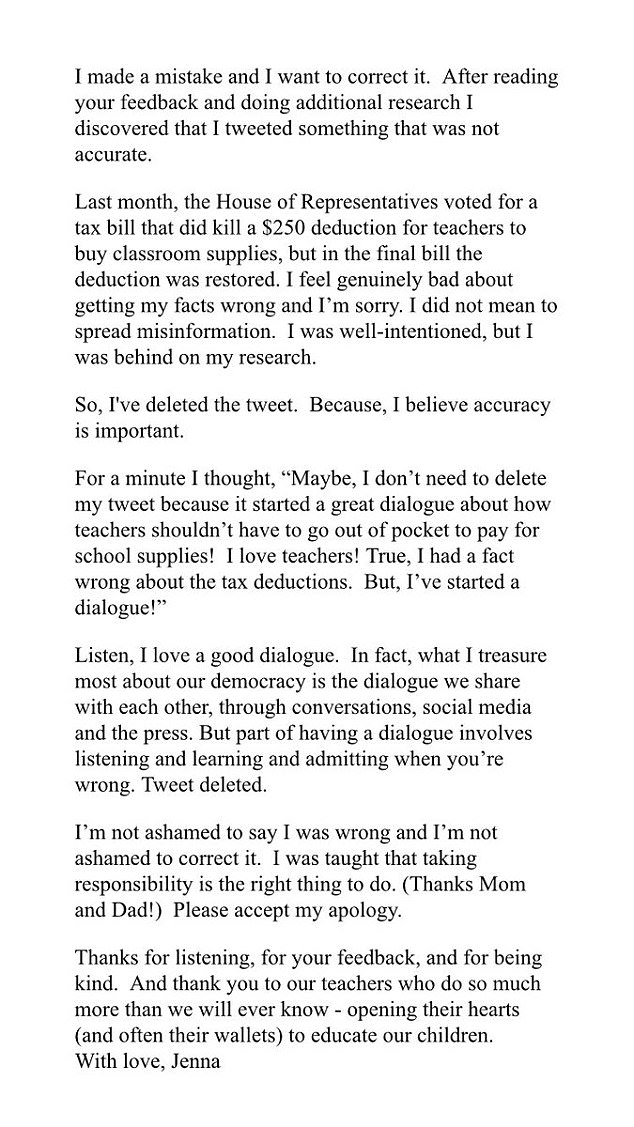 Top to bottom: The apology was in-depth and included regrets for being behind on her research on the topic

One of those users was a government official who had a hand in the bill himself: Republican Senator Orrin Hatch.

After being set upon by the masses of users, Fischer took back to the social media site to issue a statement apologizing for not being up-to-date on her information.

‘I made a mistake and I want to correct it. After reading your feedback and doing additional research, I discovered that I tweeted something that was not accurate,’ she wrote. 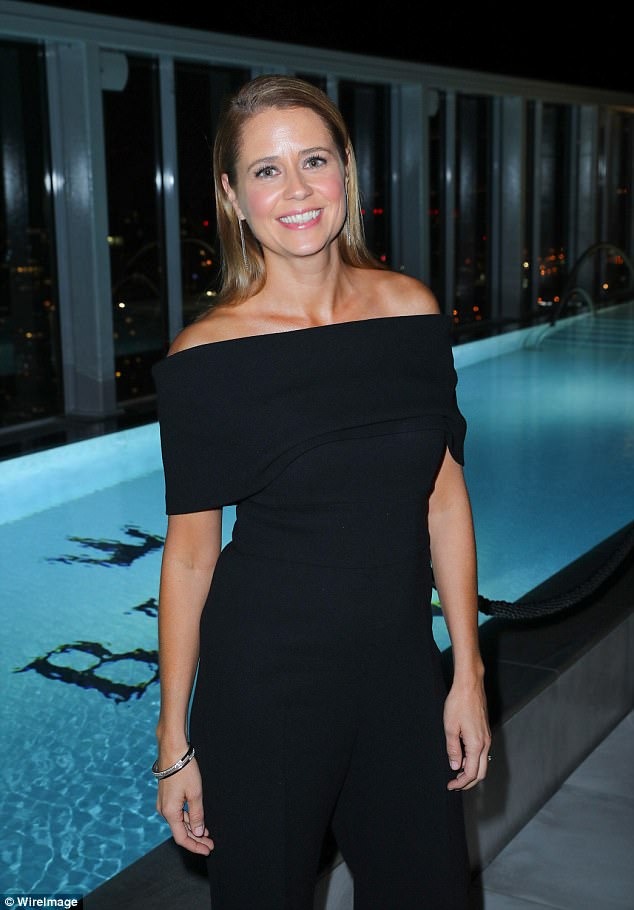 Standing up: She asked her followers to read and retweet the statement to inform others 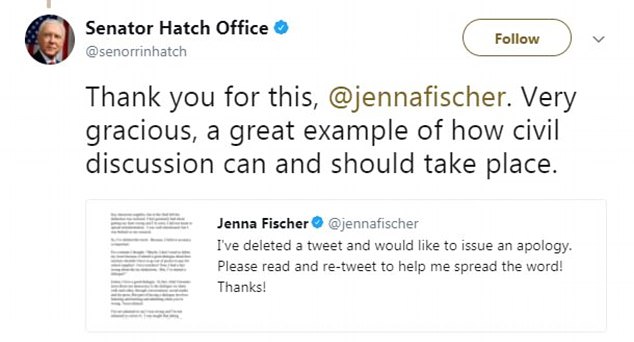 Kind words: Senator Hatch responded to the statement applauding Fischer for being an example for others

‘I feel genuinely bad for getting my facts wrong and I’m sorry. I did not mean to spread misinformation. I was well-intentioned, but I was behind on my research.’

She shared the statement with a tweet encouraging her followers to ‘read and re-tweet to help me spread the word,’ so that other people wouldn’t make the same mistake.

Soon after, Senator Hatch responded to the statement, dubbing it ‘very gracious,’ and ‘a great example of how civil discussion can and should take place.’