Jenna Jameson took to Instagram to share her fitness tips after losing 80 lbs without going to the gym.

The 44-year-old former adult film star posted before and after selfies on Sunday for her roughly 340,000 followers.

She donned a floral-print one-piece bathing suit for the after shot while wearing a long-sleeved all-black ensemble for the before photo.

‘Exercise is starting to pay off. Yes I’ve lost the weight I wanted, but I want to feel toned. At my age it isn’t easy. I’m almost 45. Honestly I despise the gym. I feel self conscious and anxious when I’m there,’ Jenna wrote in the caption.

‘So I told myself I would strengthen myself by hiking with Batel, walking as much as possible and run stairs. It’s working. This progression proves you don’t have to spend hours in a gym… get out, move your body and live life!!!! ,’ she added.

She also has nine-year-old twin boys Jesse and Journey with ex Tito Ortiz, 43. 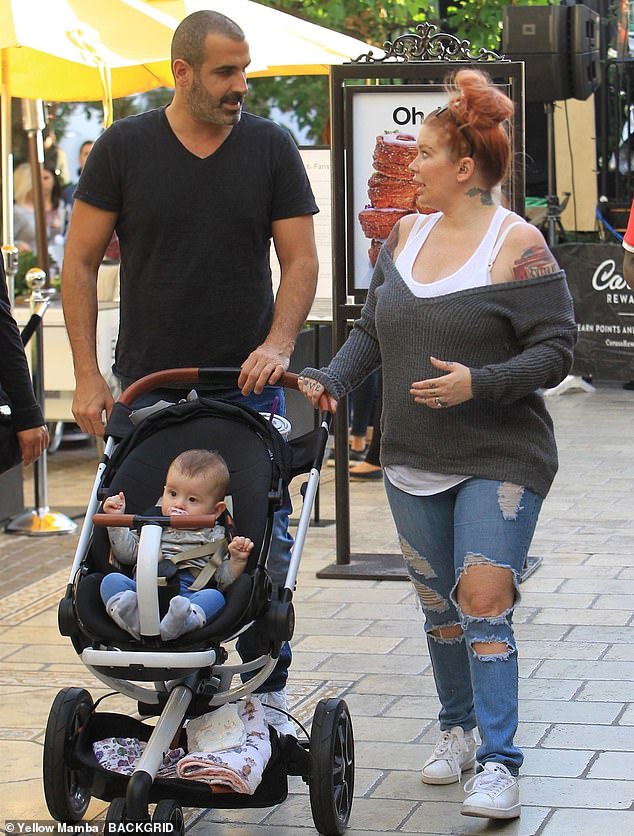 Jenna also took to Instagram earlier this month and shared before-and-after images of her transformed figure.

She thoroughly detailed her strict Ketogenic diet and exercise regime in the post as she surpassed her original 65lb weight loss goal and shed 80lbs.

Jenna also gave her fans a glimpse of her daily routine starting with coffee about 8am and spending time with Batel. 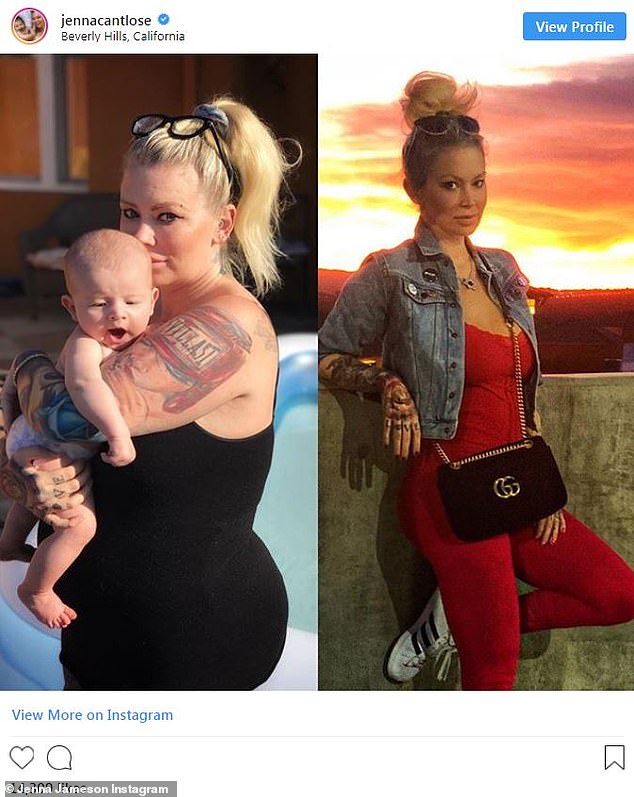 ‘Batel wakes up around 3:30 and I make her lunch. Yes, I make her carbs lol she isn’t keto,’ Jenna continued to joke.

Though Jenna’s methods have clearly yielded results, health professionals have warned others about the hazards of such a strict diet regimen. 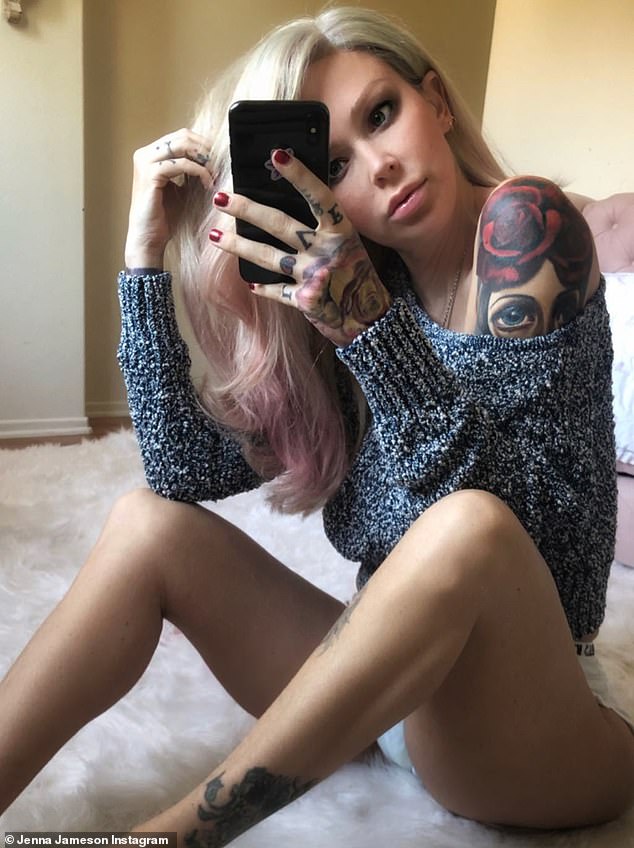 Social media: The mother-of-three, shown earlier this month on Instagram, credited her Ketogenic diet for her 80lb weight loss 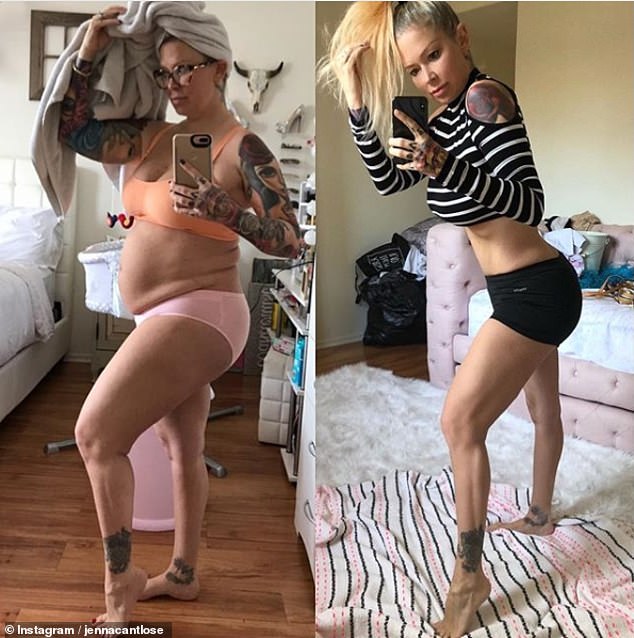 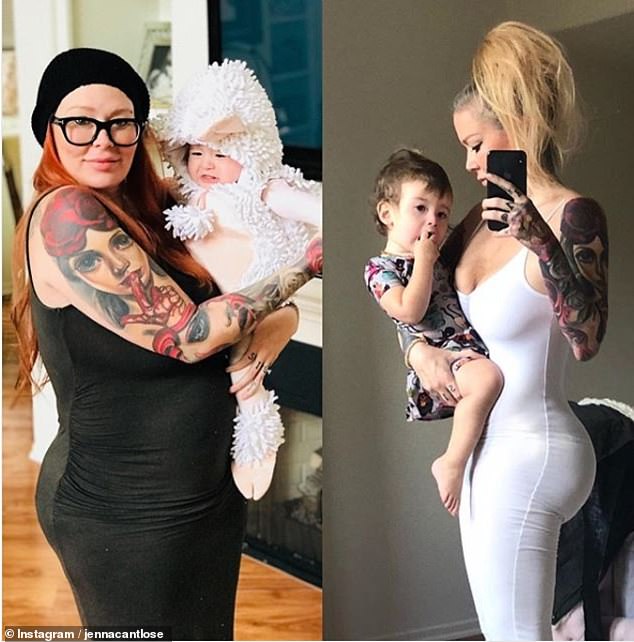 She then shared this side by side in mid-October