She interviews – and writes about – the world’s most fascinating women but that doesn’t mean the Woman’s Hour host wants to be friends with them. No, Jenni Murray tells Event..

She’s met some of the smartest, funniest and most powerful people on the planet during three decades as the host of Woman’s Hour, so it’s surprising to hear that Dame Jenni Murray does not even try to keep in touch with any of them.

‘That’s absolutely not my job,’ says the Radio 4 presenter firmly. ‘I don’t think I could name anyone I’ve interviewed in those 30 years who I would consider a friend.

She interviews – and writes about – the world’s most fascinating women but that doesn’t mean the Woman’s Hour host wants to be friends with them. No, Jenni Murray tells Event..

Not even Hillary Clinton, whom Murray describes as the most impressive woman she has ever met and who features in the broadcaster’s entertaining new book, A History Of The World In 21 Women? ‘The only person with whom I have any kind of continuing relationship is Professor Janet Todd [the literary scholar]. We have lunch together, because we had talked about each being an only child.’

She feels like a real friend to her many listeners, but once off air, Murray is rather more self-contained. It turns out she is a natural loner. ‘I spend tons of time by myself reading a book, sitting in the garden, walking my dogs, watching telly. I love it.’

And that’s just as well, because this stellar career has meant a lot of days and nights apart from her long-time partner and their two sons. ‘I’ve spent a great deal of my life alone.’

Born Jenni Bailey in Barnsley, she read French and drama at Hull University and got married to fellow student Brian Murray, but that ended amicably a few years after she went down to London to join the BBC in 1973.

Scroll down for book extract… 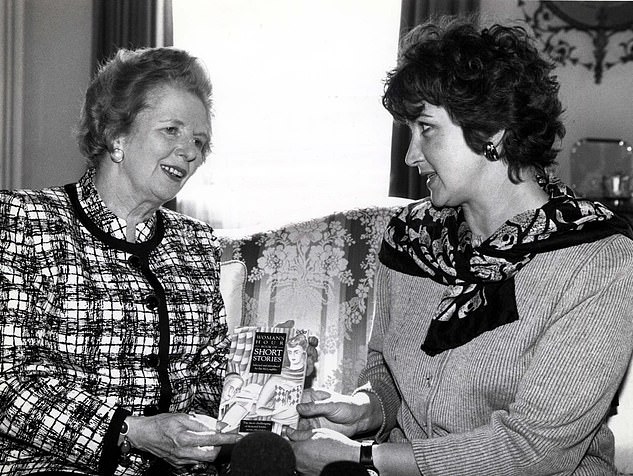 The young presenter worked her way up through local news, the Today programme and Newsnight before taking over Woman’s Hour in 1987 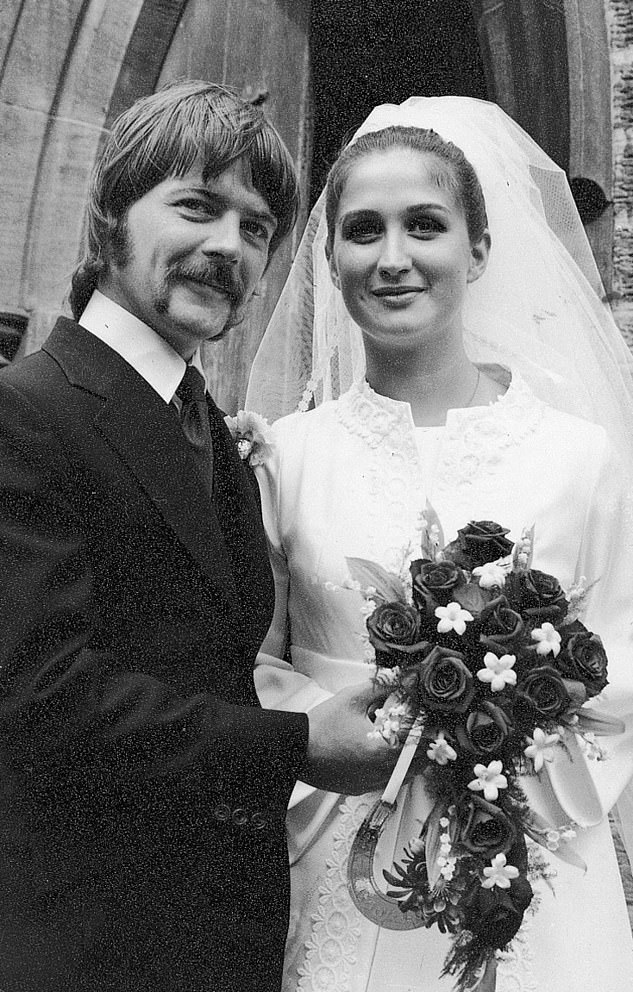 She married to fellow Hull University student Brian Murray, but that ended amicably a few years after she went down to London to join the BBC in 1973

‘My mother sent me for elocution lessons when I was tiny, about five. I’m grateful to her for doing that because the BBC wouldn’t have looked at me then with a strong Yorkshire accent. That didn’t start to change until the Eighties. Now I think it would be fine.’

The young presenter worked her way up through local news, the Today programme and Newsnight before taking over Woman’s Hour in 1987, bringing new life to a programme that had been going since 1946.

Murray alternates as host with Jane Garvey, and at the age of 68 – despite being a lifelong smoker – she still has the distinctive voice once described by her colleague Charles Wheeler as the most beautiful on radio.

For most of her long career Murray has been based in London during the week. After meeting a former naval officer called David Forgham at the age of 30 and going on to have two sons, she made an unusual decision. ‘David and I decided we wanted our boys to be educated in good, solid northern grammar schools. David hated London anyway. We bought a house in the Peak District. I used to get the train down on a Sunday night, stay in a very basic basement flat in Camden until Thursday, then go home.’

As a famous feminist, she had a surprising way of reconnecting with home. ‘The first thing I would do is get a cloth and wipe all the surfaces in the kitchen. It used to drive Dave mad. He’d say, “Am I not clean enough?”’

So what was going on? ‘You don’t want to do the housework, or all the cooking or shopping, but somehow you have to stamp yourself back on your own home.’

David still lives mostly in the Peaks while she now spends weekdays in a substantial north London pad. Her eldest son, Ed, is a vet in the New Forest while Charlie, four years his junior, is a photographer in London. ‘There are parts of my sons’ lives that I regret having missed, but I was always there for parents’ evenings and I have stood on an awful lot of rugby touchlines. Essentially, being on my own is something I like.’

Where does that come from? ‘As an only child you develop an essential satisfaction with being on your own. When you’re very small you get told: “You’re going to have to learn to keep yourself amused and entertained.” Reading was always my answer and it still is.’

Writing is part of it now too. Murray had a hit with A History Of Britain In 21 Women, which included Boudica and Mrs Thatcher. But when the publisher suggested a follow-up, A History Of The World In 21 Women, she laughed. ‘I said, “That’s ludicrous. Far too few. So what I will do is write portraits of 21 women who interest me.”’ Joan of Arc is in there, and Coco Chanel and Madonna. She calls the 21 ‘heroes’ for ‘flying in the face of the notion that women are the weaker sex’.

The differences between men and women were at the centre of a row Murray was caught up in last year, after she wrote an article under the headline: ‘Be trans, be proud – but don’t call yourself a “real woman”.’ 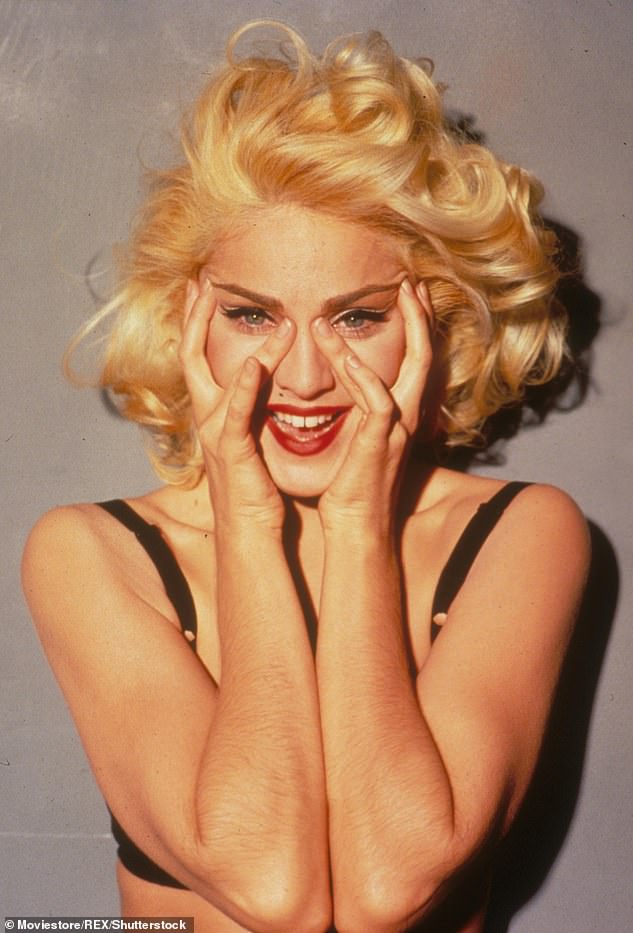 Part of Murray’s life is now spent writing. Her new book A History Of The World In 21 Women includes figures like Joan of Arc, Coco Chanel and Madonna (above)

The reaction was fury from some quarters, with students protesting outside one of her events and calling for Murray to be banned.

‘I said what I felt was important to say at the time and I will not be slagged off as a Terf,’ she says. ‘I’m not a trans-exclusionary radical feminist. I’m a feminist. Radical, I would debate. Trans-exclusionary, certainly not. I have absolute belief in people being respected and protected regardless of their gender, their sexuality, whatever. Total respect for all of that, but at least let’s think about the impact this gender debate has on women’s rights, sensibilities and health.’ As an example, she has heard of doctors being told to change their language so as not to offend transgender people. ‘I had breast cancer, not chest cancer. That is my perception of myself and my sex, not my gender. Gender is fluid, sex is not.’

It’s not just women who listen to her radio show: men make up about 14 per cent of the audience. ‘We have to keep calling it Woman’s Hour in order to keep the men engaged. They’re fascinated to find out what it is we are talking about and what they can learn.’

One issue that keeps coming up is equal pay. Murray once joked that she would make it a hanging offence not to pay a woman the same as a man, but it has emerged in recent years that her male counterparts at the BBC earn hugely more than her.

Has the BBC sorted this out or not? Astonishingly, she refuses to say. ‘The one rule my father said to me was, “Love, never bite the hand that feeds you.” I didn’t enter into the public debate about equal pay.’

But she was one of the 40 female stars who signed an open letter to the director general demanding an end to the pay gap! ‘Clearly, I have my own view and dealings with the BBC, but as far as I’m concerned, they’re private. I’m an old-fashioned Yorkshire woman.’

And there really is no arguing with that.

A HISTORY OF THE WORLD… IN FIVE WOMEN

“I say very clearly that I don’t like her. She was the woman who started the Spanish Inquisition and threw the Moors and the Jews out of Spain.” But she’s in the book because she defied convention to choose her own husband and overcame prejudice to rule a great country, says Murray. “The most curious thing is that before Isabella, the Queen was not the most powerful piece on the chess board. After her, it was.”

“She was the one who stopped foot binding in China. All those lovely young women I’ve seen running around in trainers or teetering on high heels in Beijing are able to wear whatever they choose, thanks to her. Women stopped crippling their daughters.”

“I have had good reason to be grateful to the woman who gave us the X-ray as a tool to be used in hospitals. I didn’t have radiotherapy after a mastectomy, just chemotherapy [against breast cancer], but all of us who’ve had tumours blasted have her to thank, too.”

“I loved having my children. Even giving birth was a relatively easy process, but I remember the fear that who I was, was in danger of being wiped out. Frida is the only artist I know who completely understood how women long to be mothers but are terrified that ‘mother’ will become all they are. And men never have to suffer that erasure.”

“Now she’s sixty years old, she is no less certain of herself than she was as a child. And no less determined to sing and dance like a sex goddess than she was at the start of her career … I can’t help it. As a feminist, a one-time keen dancer and a lover of great popular music, I’m just a fan!”