Jennifer Aniston and Victor Meldrew are the same age

‘I don’t believe it!’: Fans discover that Jennifer Aniston, 53, is now the same age as Victor Meldrew in the first episode of One Foot in the Grave

Fans have been left bewildered after realising that Jennifer Aniston is now the same age as One Foot in the Grave’s character Victor Meldrew.

The Friends star turned 19,537 days old or 53-and-a-half, on Tuesday, which is the same age that British actor Richard Wilson was when the first episode of the BBC drama aired in 1990.

The bizarre Twitter page @MeldrewPoint demonstrates the stark contrast between famous people and the grumpy sitcom character when they reach his age.

One person pointed out: ‘Hard to believe they’re the same species let alone the same age at that point!!’

Sharing a picture of stunning Marley & Me star the account wrote: ‘Happy Meldrew Point Day, Jennifer Aniston – she’s reached 19,537 days old, matching Richard Wilson’s age when episode 1 of One Foot In The Grave was aired on Jan 4, 1990. I don’t believe it!’

Another person couldn’t believe Jennifer’s in her 50s, saying: ‘She looks like she hasn’t aged at all.’

While another person said: ‘Would be hilarious to see Aniston play the role in exactly the same way as Richard Wilson, same supporting cast, same storyline and everything!’

Other people were just confused by the account with one person writing: ‘WTF is this account I’ve found,’ alongside a laughing emoji. ‘ 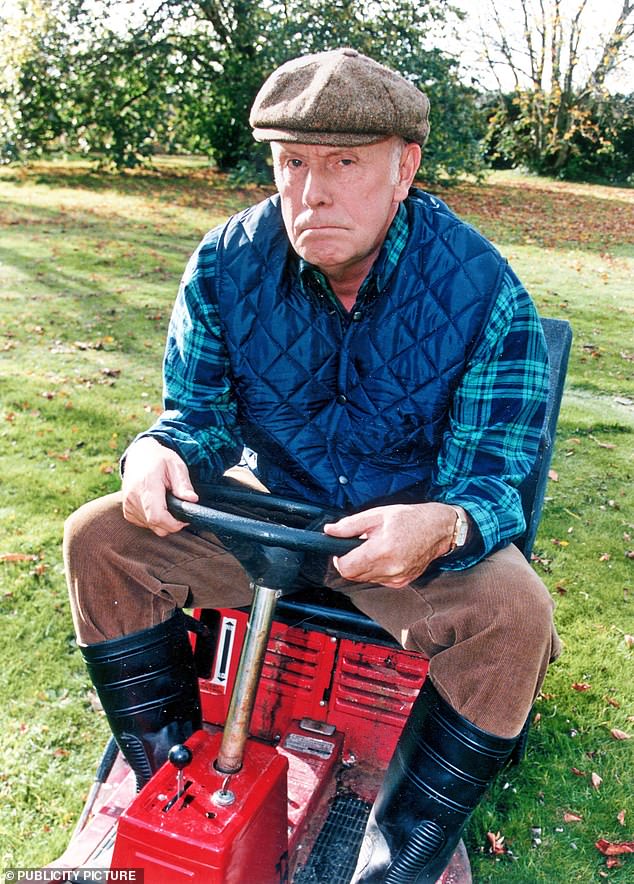 The Friends actor turned 19,537 days old or 53-and-a-half, on Tuesday, which is the same age that actor Richard Wilson (pictured) was when the first episode of the BBC drama aired in 1990

The hilarious character was forced into early retirement from his job as a security guard.

Richard, who recently turned 86, initially turned the part down as at 53, he felt he was too young to play the grumpy character.

One Foot In The Grave ran for a decade before it ended in 2000, with grouchy Victor being killed off in a hit-and-run accident.

Shocked: One person couldn’t believe Jennifers age saying the actress ‘looks like she hasn’t aged at all’

Other celebrities have also reached the unusual milestone recently, including Foo Fighters frontman Dave Grohl, Owen Wilson and Will Smith.

On the Fresh Prince star’s post, another joked: ‘Hitting Meldrew Point and Chris Rock in the same year, what a time to be alive.’