Jennifer Aniston throws herself into work after split

But rather than seeking solace in her significant ex, the former Friends star is instead expected to focus on work.

Jennifer will next star in an eagerly anticipated drama alongside Reese Witherspoon, which was snapped up in November by Apple, who signed a two-season, straight-to-series 20-episode order.

Moving on: Jennifer Aniston, seen last weekend with her famous pals, is throwing herself into work as she focuses on new show with Reese Witherspoon in wake of split from Justin Theroux

And there is plenty for Jennifer to get excited about – she and Reese  are thought to have secured upward of $1.25 million per episode for The Untitled Morning Show Project, with their huge salaries including fees for executive producing, according to a report by The Hollywood Reporter.

Giving a behind-the-scenes look at a morning television show broadcast from New York, the creators are hoping the series will prove as big a hit as Reese’s HBO show Big Little Lies.

On Monday, as Jennifer celebrated her birthday in LA without her soon-to-be-ex husband of two years, Reese shared a picture of the two of them back in 2000, when Reese guest-starred on two episodes of Friends as Rachel Green’s youngest sister, Jill. 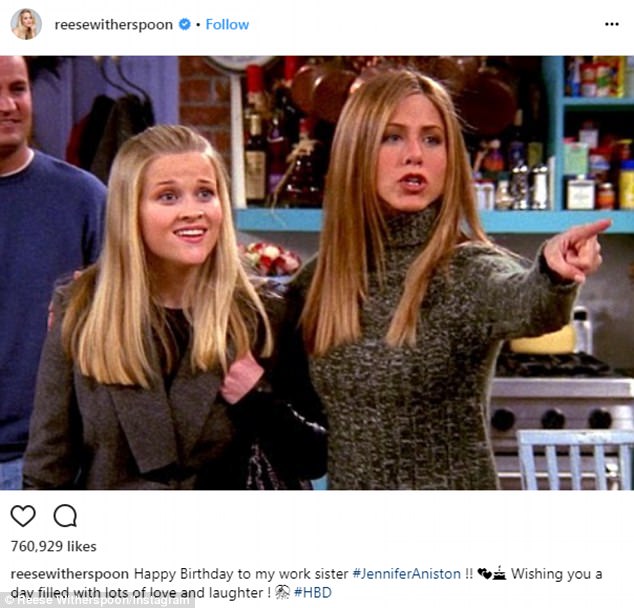 Best buddies: Jennifer and Reese first worked together back in 2000 when the Legally Blonde star guest starred in Friends; the two are now collaborating again

‘Happy Birthday to my work sister!!’ wrote Reese. ‘Wishing you a day filled with lots of love and laughter!’

But while Jennifer’s new project sees her focusing on the New York media world, her preference for Los Angeles life is said to have proved a big part of her marriage break down.

Despite being born and raised in New York, she much prefers West Coast life.

Theroux, however, has a wide a varied friendship circle on the East coast. 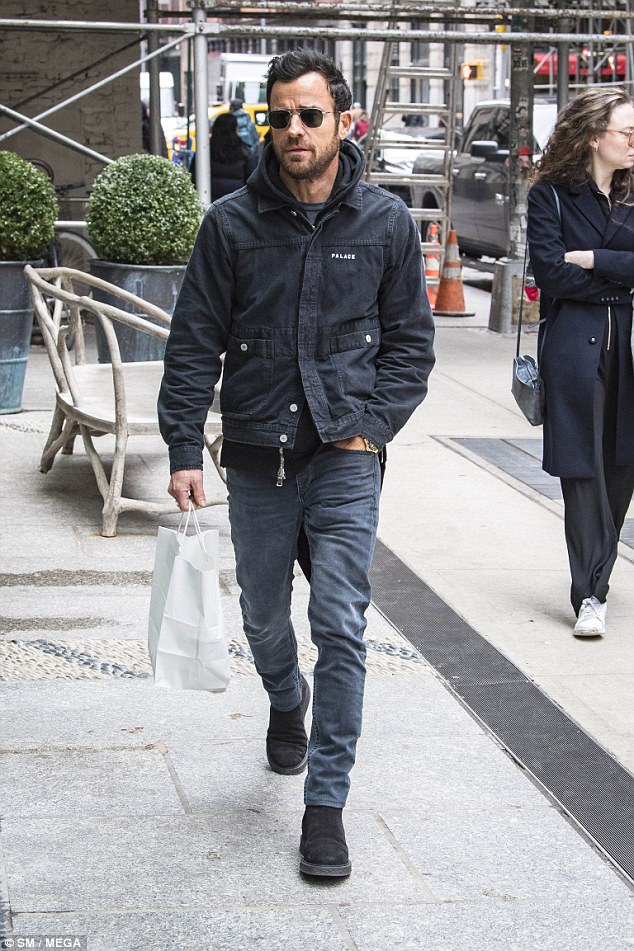 A source told Entertainment Tonight: ‘Justin has a very diverse friend group, and he likes that they’re not all in the industry. He’s friends with people in the restaurant world, writers, comedians, artists, tattoo artists. It’s an eclectic group and he doesn’t have that type of network in LA.’

The Leftovers star also prefers the ease of life in New York, where as a motorcyclist he blends into the background.

‘Justin can hop on his [motorcycle], walk in the neighborhood, hang at a bar and all that without being bothered, but for Jen, the paparazzi are all over her.’ 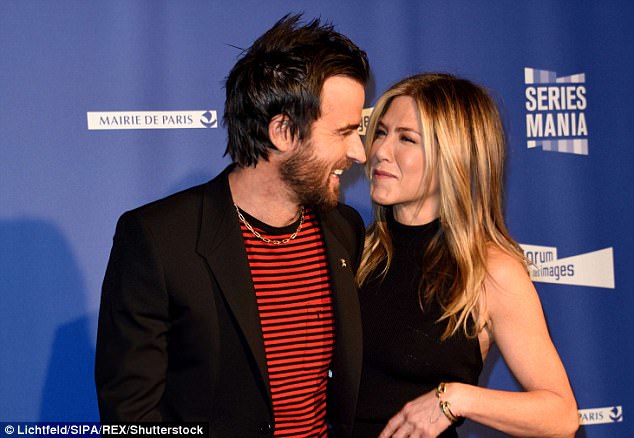 As they were: The couple, seen last year, tied the knot in August 2015 in a secret ceremony at their Bel Air, California home

Justin, 46, and Jennifer, 49, announced their split this week, following increased speculation about the state of their marriage.

In a joint statement, the former couple said: ‘In an effort to reduce any further speculation, we have decided to announce our separation. This decision was mutual and lovingly made at the end of last year. We are two best friends who have decided to part ways as a couple, but look forward to continuing our cherished friendship.’

The couple tied the knot in August 2015 in a secret ceremony at their Bel Air, California home.