Jennifer Garner appears to have been an angel as she drove estranged husband Ben Affleck to rehab earlier this week, even stopping to pick up Jack In A Box for him.

And on Friday a source told UsWeekly the 46-year-old Peppermint actress is helping the Oscar winner for the sake of their three kids. The couple co-parent Violet, 12, Seraphina, nine, and Samuel, six.

The beauty has no interest in getting back together with the Argo star – even though they have been dragging their feet on finalizing their divorce – because overall she ‘doesn’t agree with his decisions.’

She took control: Jennifer Garner appears to have been an angel as she drove estranged husband Ben Affleck to rehab earlier this week, even stopping to pick up Jack In A Box for him; seen on Wednesday on his way to rehab 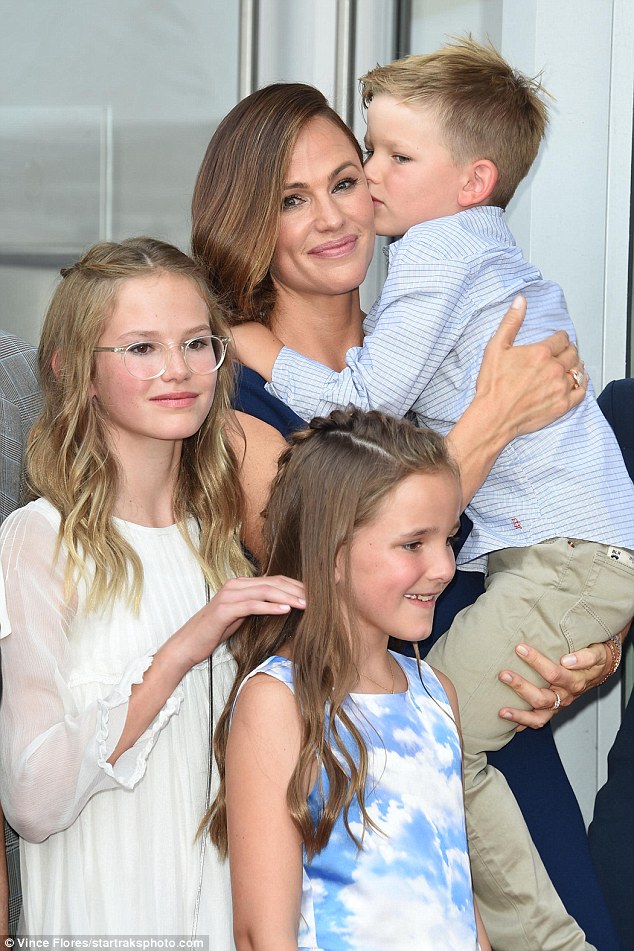 She loves her kids: And on Friday a source told UsWeekly the 46-year-old Peppermint actress is helping the Oscar winner for the sake of their three kids; seen on Monday in Hollywood

‘She wants the best situation for them with their dad. Other than his sobriety issues, she’s not going to involve herself,’ said the friend. ‘Jen just wants to protect the kids. She does her best to shield them.’

Jennifer was last seen with a smile on her face on Thursday morning.

The Alias actress seemed to be in a jovial mood as she ran errands just hours after helping Affleck into treatment for his third attempt at recovery and sobriety. 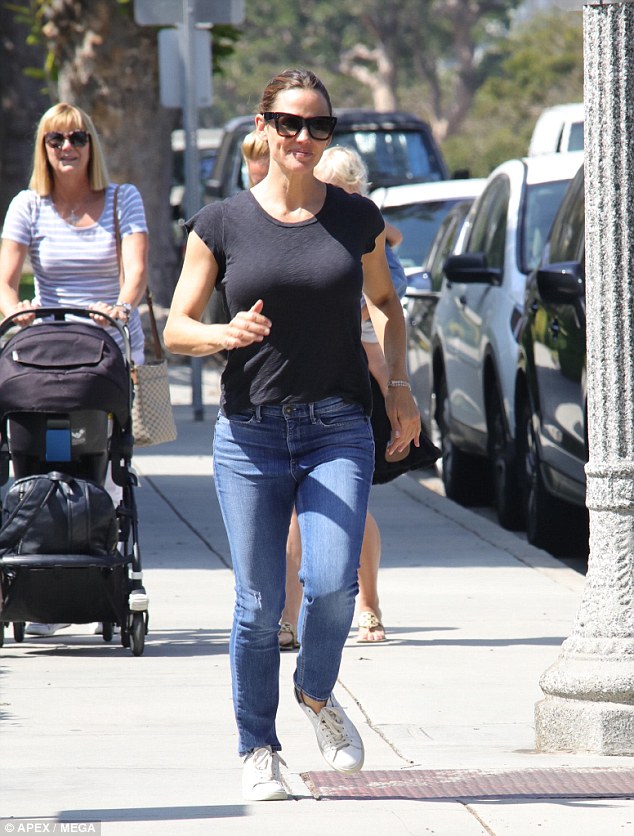 No turning back: The beauty has no interest in getting back together with the Argo star – even though they have been dragging their feet on finalizing their divorce – because overall she ‘doesn’t agree with his decisions; seen in LA on Thursday

Garner was worried about Ben after he split from Lindsay Shookus.

‘Ben told her he was done with Lindsay and she knew he was drinking again,’ a source told US Weekly referring to the actor’s recent split from Lindsay Shookus.

‘Ben is not good at being alone. She knew he was in a bad place recently and that she was going to have to intervene.’

Affleck agreed to seek treatment after Jennifer begged him to get help while at his Pacific Palisades home on Wednesday, TMZ reported.

‘The last few weeks have been difficult,’ the source explained. ‘Jen is the only one Ben listens to. She has been down this road with him for years and is the only one that can really get through.’

Witnesses said she arrived carrying a bible and accompanied by a lawyer, with Ben appearing emotional as he left his house in a car driven by Jennifer.

The Justice League actor reportedly arrived at The Canyon live-in rehab facility in Malibu that same evening, where he is said to have checked in for an ‘extended period of time.’

It is not clear if or how these recent events will affect the pair’s divorce proceedings, which have been stalled in the courts for years. 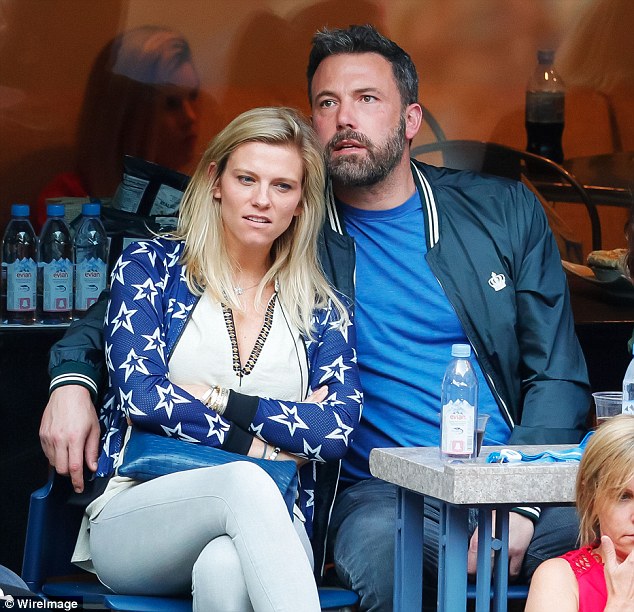 Two weeks ago the LA Superior Court threatened to terminate the couple’s case because they have not filed the proper paperwork.

‘If you fail to take the appropriate steps in your case, the court may dismiss your case for delay in prosecution,’ read documents obtained by The Blast.

Canyon’s website described the rehab facility as a ‘state-of-the-art private-pay treatment program housed on 120 beautiful acres near the Malibu coastline’.

TMZ claims Ben knew he needed help, and was open to seeking treatment.

Ben reportedly left in a car headed for rehab at around 6 p.m. and later stopped at Jack In The Box, according to the website.

The actor was rumored to have fallen off the wagon ‘a while ago’, and has ‘gotten progressively worse’.

Garner is said to have ‘read him the riot act’ a few weeks ago, telling him that he needed to clean up for the sake of their children.

She gave him both barrels while the pair were watching a children’s soccer game in front of other parents, Radar Online reported.

‘She doesn’t want her kids to grow up without a dad,’ the source said, adding that she told him to stop acting ‘selfish and childish’. 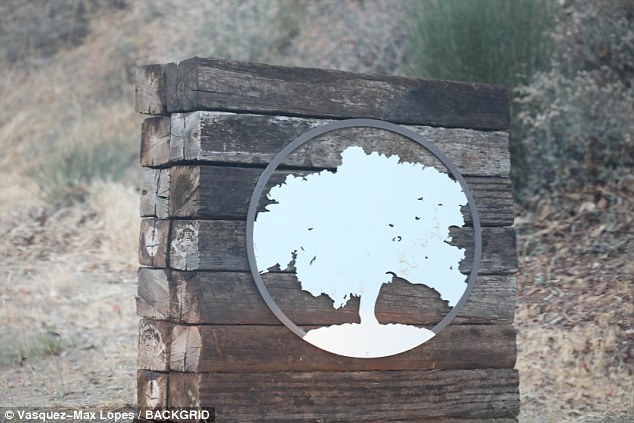 Treatment: The actor reportedly arrived at The Canyon live-in rehab facility in Malibu that same evening, where he is said to have checked in for an ‘extended period of time’

Last year, Ben revealed he had completed a stint in rehab and has since been seen frequenting centers in the area for recovery meetings.

The last time he was spotted attending a course was last week in Los Angeles when he headed to Refuge Recovery in the Venice Beach area.

In a statement he posted to his Facebook page last year, the two-time Oscar winner said: ‘I have completed treatment for alcohol addiction; something I’ve dealt with in the past and will continue to confront.’

‘I want to live life to the fullest and be the best father I can be. I want my kids to know there is no shame in getting help when you need it, and to be a source of strength for anyone out there who needs help but is afraid to take the first step.’

Ben, who separated from Jennifer in 2015, thanked his ‘co-parent’ and his friends for standing by him. 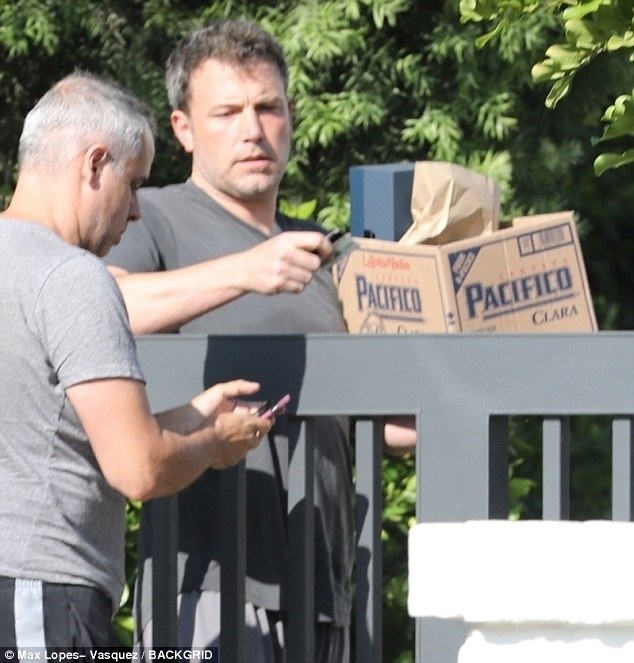 Door service: The actor showed his ID to collect a crate of beer on Monday, which were delivered in a box branded with Pacífico, a Mexican beer company. It contained a tall blue box, a brown paper bag and at least four other bottles

‘I’m lucky to have the love of my family and friends, including my co-parent, Jen, who has supported me and cared for our kids as I’ve done the work I set out to do,’ he wrote.

Ben also checked into rehab in 2001 and last December, according to TMZ.

He may have checked into rehab again on Wednesday, but just a few days earlier, he was seen taking delivery of a box of bottles outside his Los Angeles home on Monday afternoon. 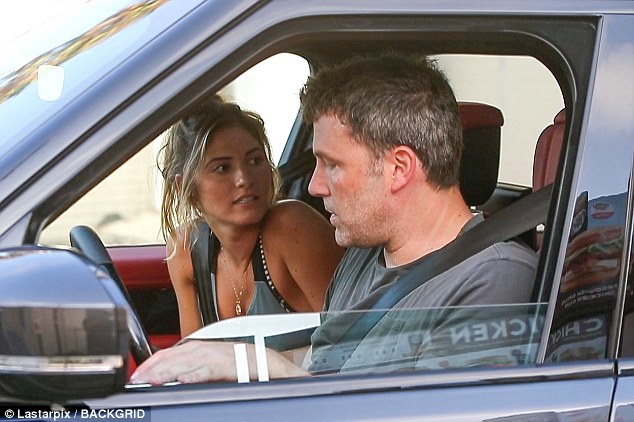 While Affleck yet to confirm his split from SNL producer Lindsay Shookus, the past few days have seen him out and about with Sexton on a regular basis

In recent weeks, he has reportedly been dating 22-year-old Playboy model Shauna Sexton after the pair were spotted at Nobu in Malibu on Thursday.

On Sunday, the apparent couple were seen picking up Jack in the Box from a drive-thru before heading back to Affleck’s home.

Affleck has yet to confirm his split from Saturday Night Live producer Lindsay Shookus, whom he dated for more than one year. 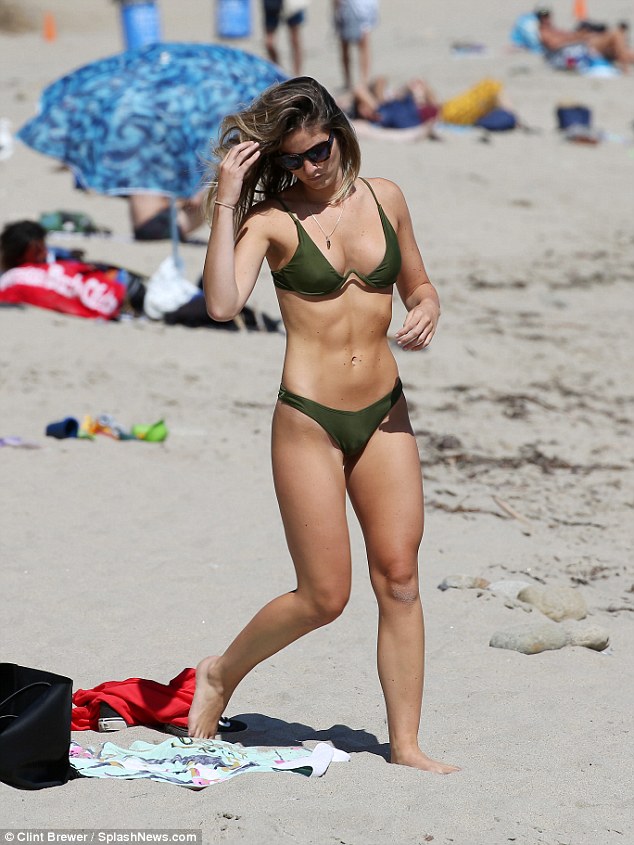 Model behavior: Sexton, pictured in a bikini on the beach in Malibu, appears to have been dating Affleck since his split from Lindsay Shookus 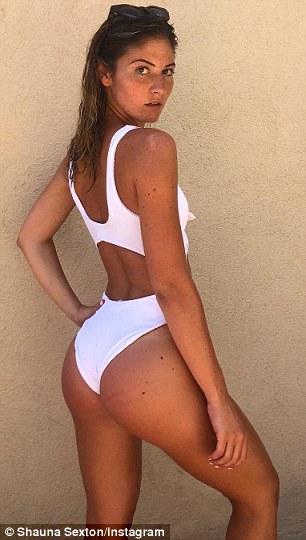 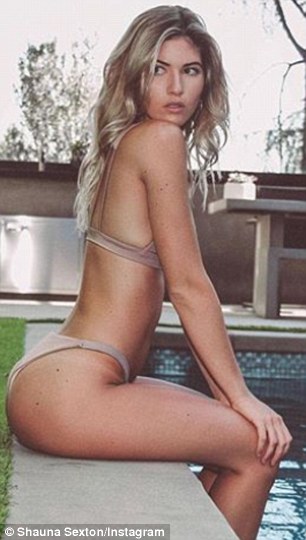 The model lists herself as ‘single’ on her Facebook page, and in addition to her career as scantily clad model, boasts about her work with animals as a veterinary technician

An insider previously said that Affleck didn’t want to feel ‘tied down to a serious relationship after his split from Lindsay Shookus, 38, sources told PEOPLE magazine.

The 45-year-old Gone Girl actor ‘likes to be free to do what he wants’ when it comes to his dating life, and estranged wife Jennifer Garner ‘is not surprised.’

‘He is happy being able to date who he wants and not feel tied down to a serious relationship,’ an insider revealed. ‘Lindsay was more serious about him. He enjoyed her company but was not looking for anything permanent now.’

The couple reportedly called it quits just last week and hadn’t been spotted together since July while he filmed The Last Thing He Wanted with Anne Hathaway in Puerto Rico.

Ben and Jen have yet to finalize their divorce after splitting in 2015 following 10 years of marriage. 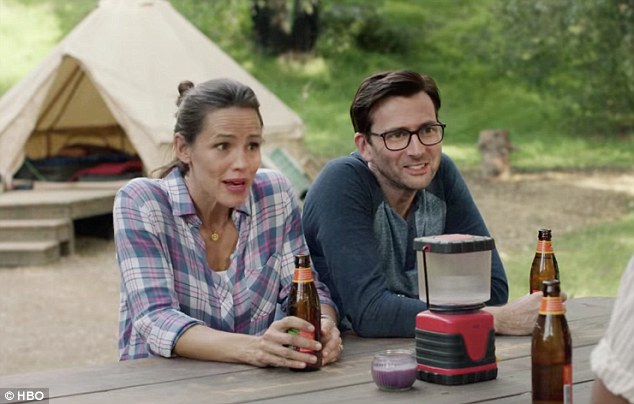 She has work to focus on: Her next series is the HBO show Camping