She’s looking after the kids single-handed while her ex Ben Affleck fights his addictions in rehab.

But while she may be doing all the hard work, Jennifer Garner looked at ease, as she picked up her children from their martial arts class on Monday.

The 46-year-old had obviously fitted in some much needed me time during the day, taking advantage of a child-free day to hit the gym.

With Jen taking care of all the back to school supplies, Ben is focusing on his own health in rehab, after she staged an intervention last week.

But while his treatment is the best option for his health and well being, it may not be so great for his career.

Experts have weighed in on the Oscar-winner’s future employment prospects, explaining why his rehab stay may endanger his planned role in the upcoming Batman movie. 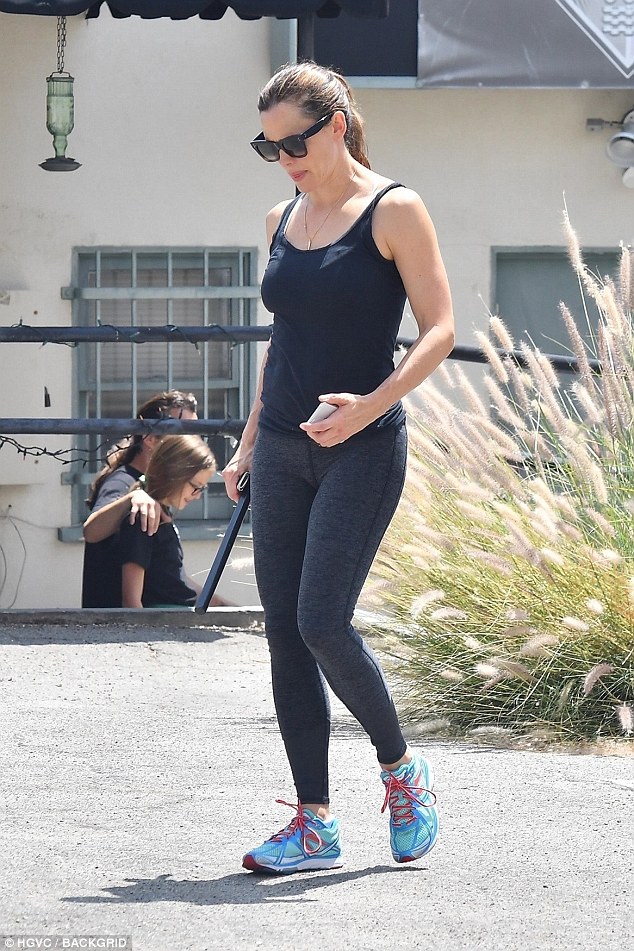 Holding down the fort: With Jen taking care of all the back to school supplies, Ben is focusing on his own health in rehab, after she staged an intervention last week 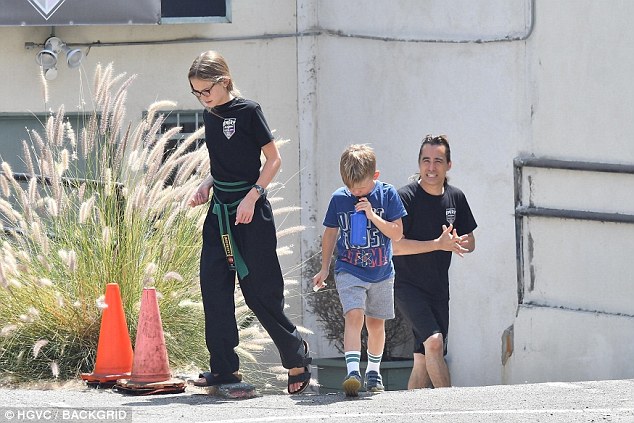 Family time: Jen was with her kids at an afterschool class on Monday

Speaking to The Wrap, an expert from a completion bond company said Affleck’s insurance costs would now be prohibitively expensive.

‘More than likely the studio will replace him because the insurance costs are going to go through the roof,’ an attorney for a completion bond company told The Wrap.

‘He would be bondable, but the deductible would be really high, probably the budget of the film.’

The bond company insider explained that insurers could demand around half of the film’s budget be put in escrow as a deductible, driving up the budget hugely.

Affleck last appeared as Batman in the 2017 Justice League film, for which Warner Bros’ budget was around $300m. 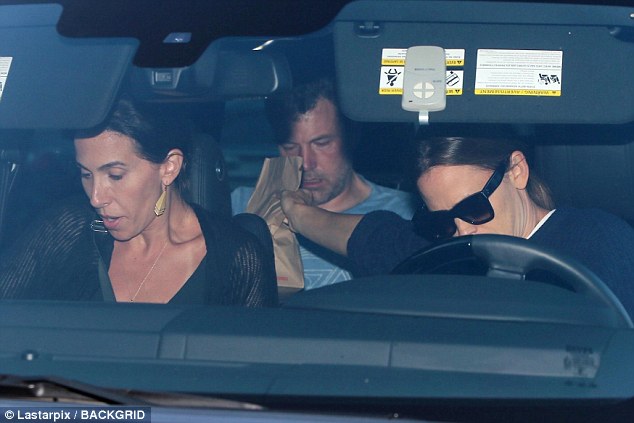 Intervention: Jen and a sober coach take Ben Affleck to rehab on August 22, after he relapsed