She keeps her body lithe and lovely thanks to her frequent trips to the gym.

And Jennifer Garner was spotted smiling as she walked into a facility in West Hollywood on Saturday after news emerged that she had settled her divorce case with Ben Affleck.

Papers will be filed with the LA Superior Court after the 46-year-old Justice League star gets out of rehab for alcoholism, according to TMZ.

Jennifer, also 46, staged an intervention on Wednesday, taking her ex to The Canyon live-in rehab facility in Malibu where he is said to have checked in for an ‘extended period of time.’

As for the divorce, sources close to the couple say they did not have a pre-nup which meant all their earnings in the 10 years they were married when into the pot.

It also made sorting out the property settlement more time-consuming.

They have agreed to joint custody of children Violet, 12, Seraphina, nine, and Samuel, six. 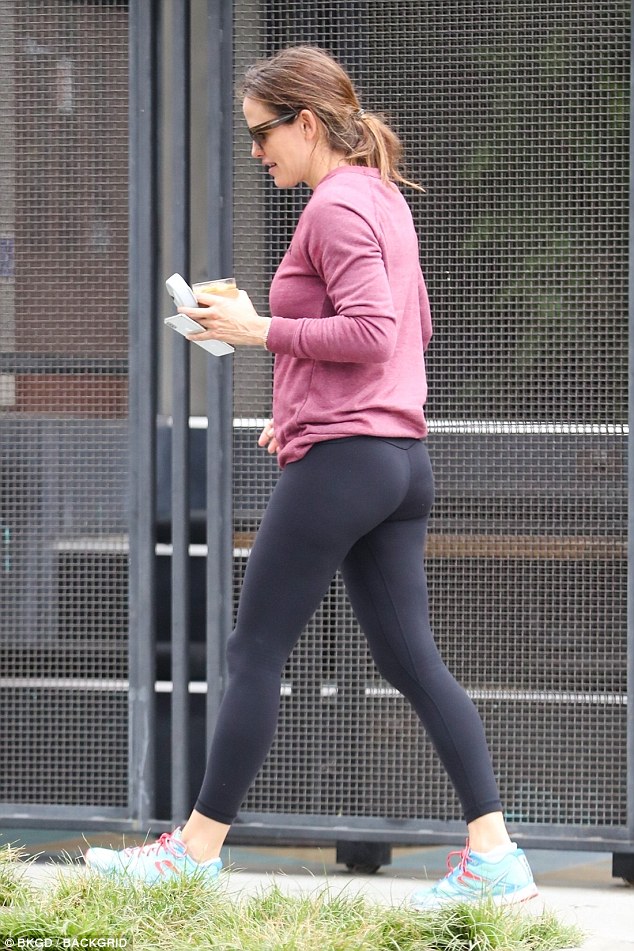 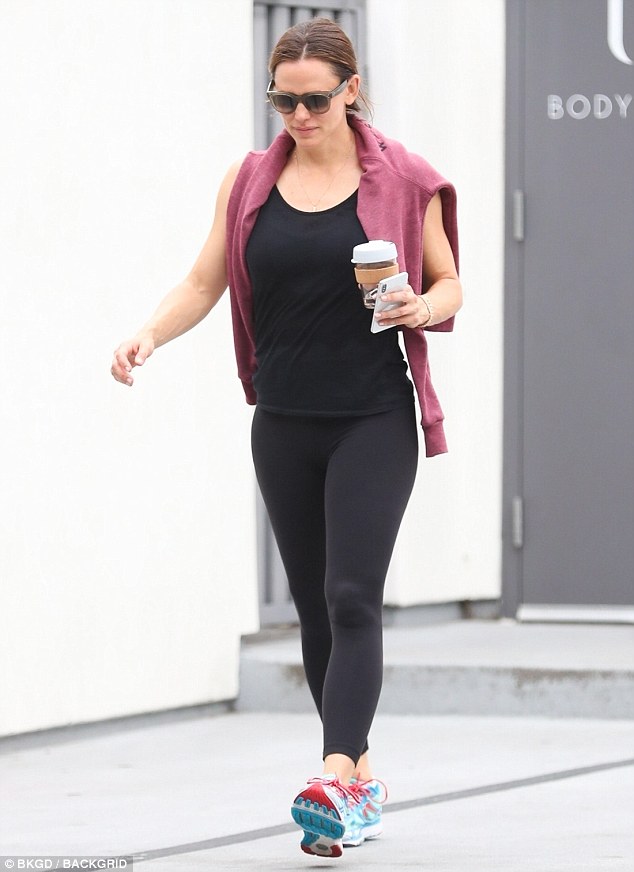 Strenuous exercise: The beautiful brunette wrapped her sweatshirt around her neck when she left the gym

Meanwhile, it looked like Jennifer’s life was getting back to normal as she seemed happy and relaxed as she left the gym.

She donned a black vest, black leggings and bright blue sneakers with a mauve sweatshirt wrapped around her shoulders. 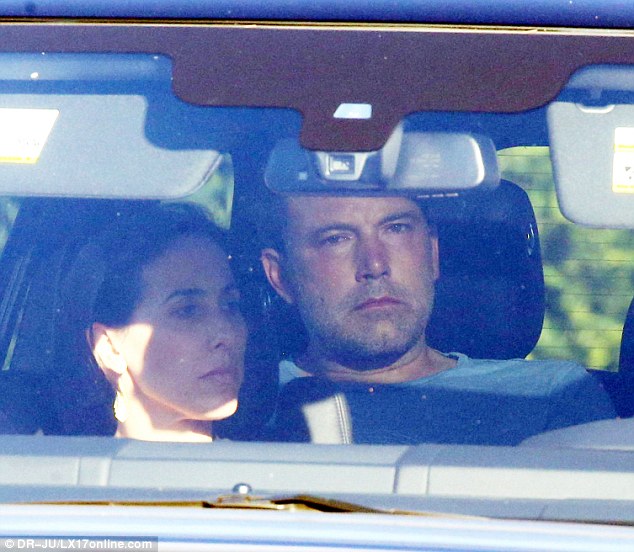 Concerned ex: Jennifer staged an intervention on Wednesday, taking her ex to rehab at The Canyon in Malibu where he has checked in for an ‘extended period of time.’ Their divorce will be finalized after he leaves rehab

The beautiful brunette smoothed her hair back into a low pony tail and she carried a reviving cup of coffee.

Jennifer will next be seen on the big screen in action-thriller Peppermint, about a woman who takes revenge on the men who killed her husband and daughter.

The movie is due out on September 6. 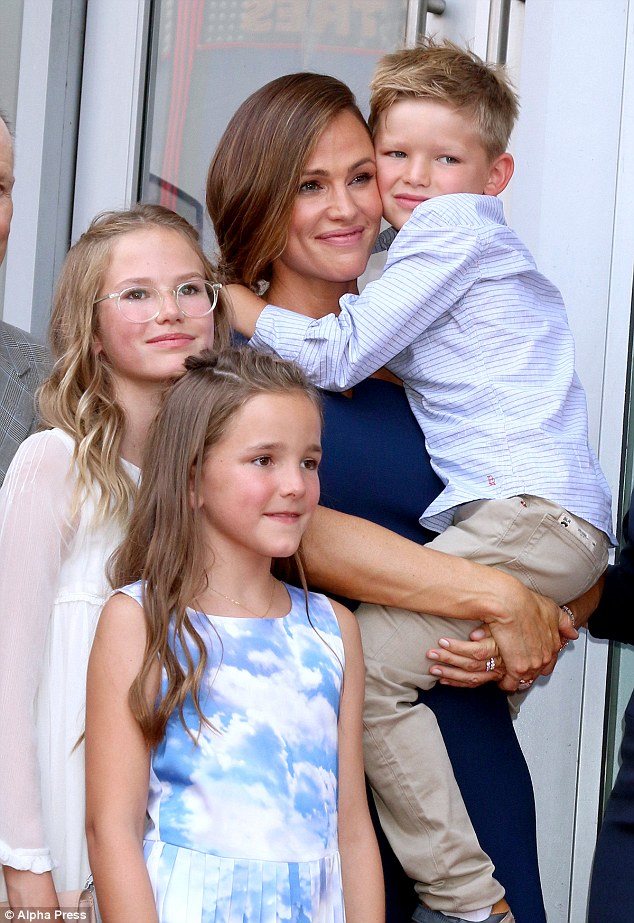 Proud mom: Jennifer, with the kids she shares with Ben – Violet, 12, Seraphina, nine, and Samuel, six – on August 20 when she got a star on the Hollywood Walk Of Fame. The couple will continue to co-parent them after their divorce