By Caitlin O’toole For Dailymail.com

The actress showed off her famous curves in the tight, geometric black dress while on the set of the FOX singing competition in Los Angeles on Thursday.

Shining star: The singer was the real star of the show as she slipped her famous curves into a skintight sequin pencil dress backstage before appearing the live episode went out

Jennifer looked relaxed as she flashed a smile backstage.

The multi-talented star pulled her hair back in a sleek ponytail, and accessorized with pearl earrings and silver rings.

She played up her features with a dramatic smokey eye, paired with a nude lip. 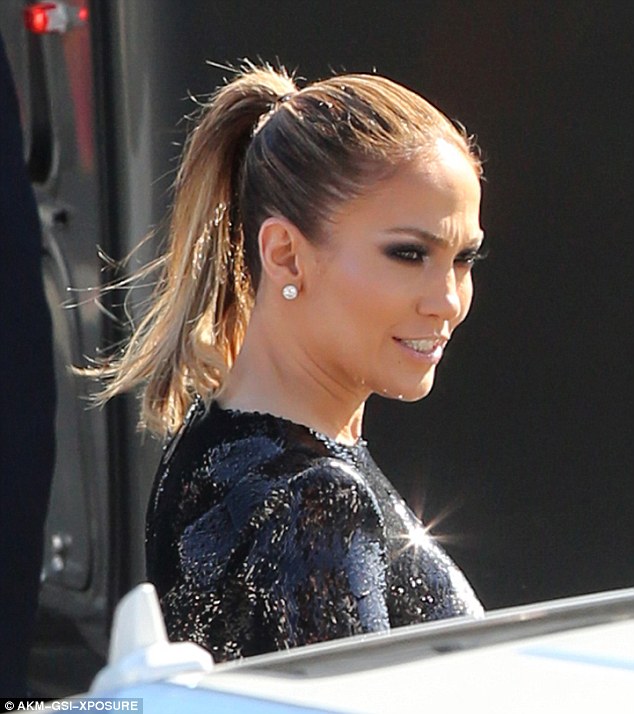 Star power: The 46-year-old wore her brunette hair up in a sleek high ponytail 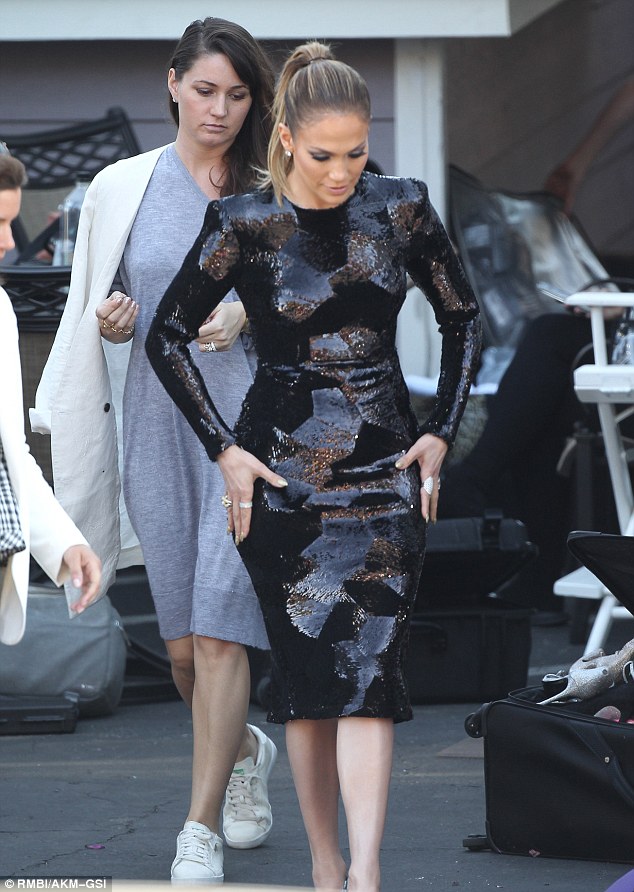 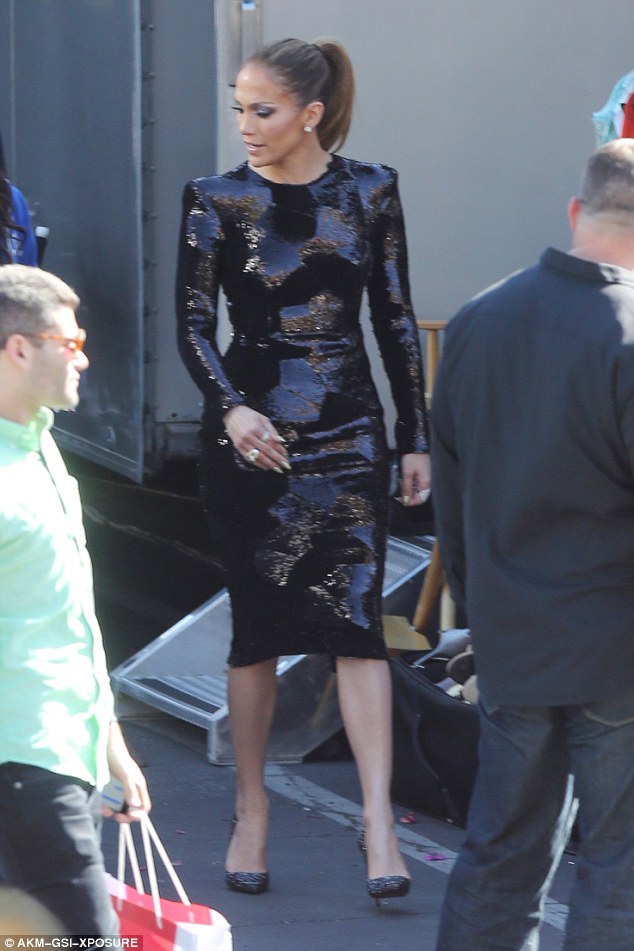 In addition to her role as a judge on Idol’s Farewell Season, the busy superstar has been juggling other roles, including that of mom to eight-year-old twins Emme and Max.

J.Lo stars in NBC cop drama Shades of Blue, and resumes her Las Vegas All I Have residency at Planet Hollywood in May. 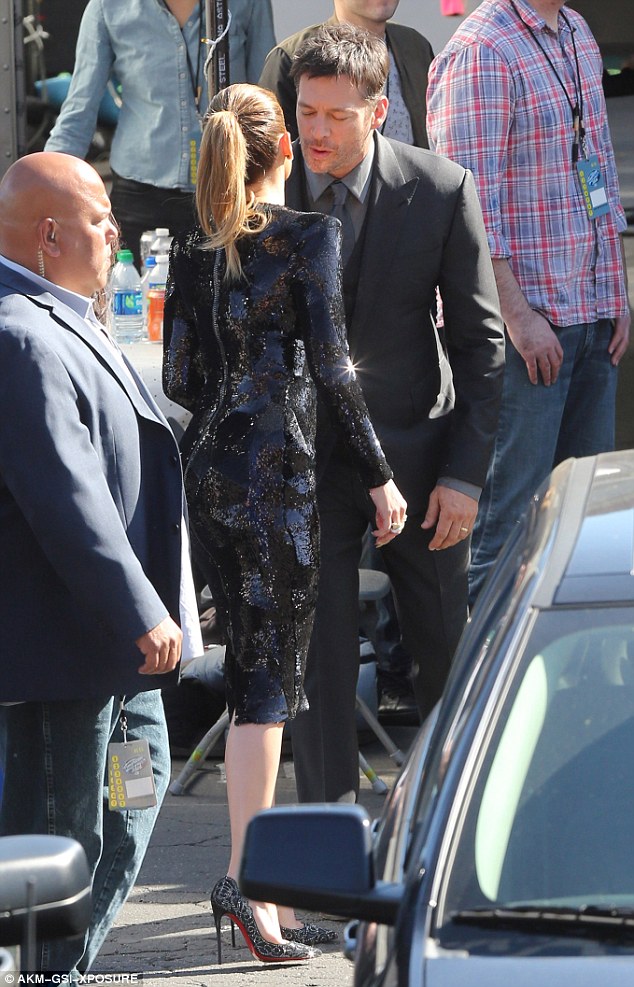 Pucker up: J.Lo got a kiss backstage from fellow judge Harry Connick, Jr, who looked dapper in a dark suit 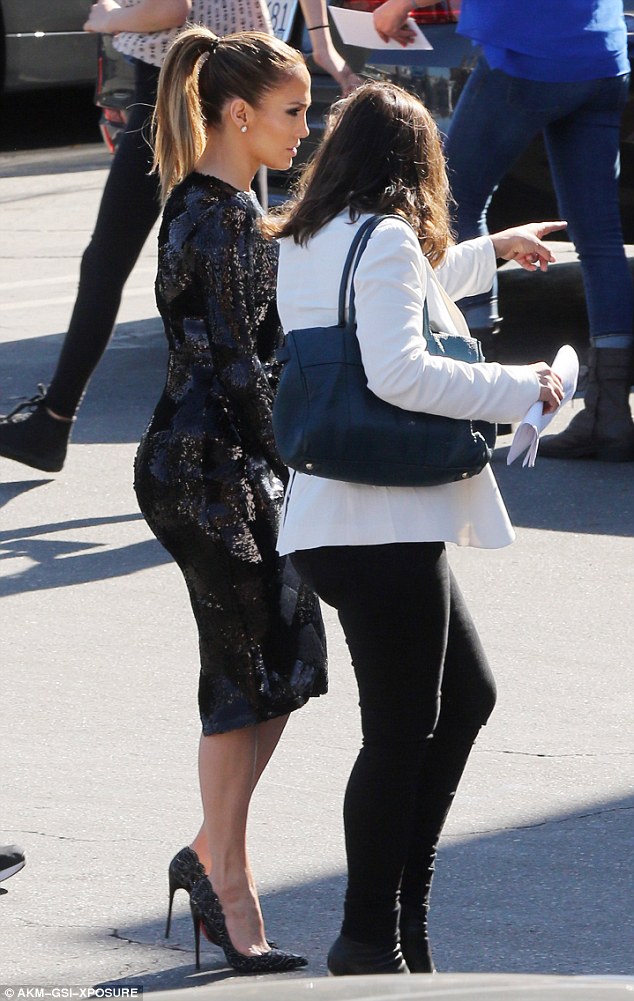 Stepping out: J.Lo added towering black Louboutin heels as she chatted with a crew member 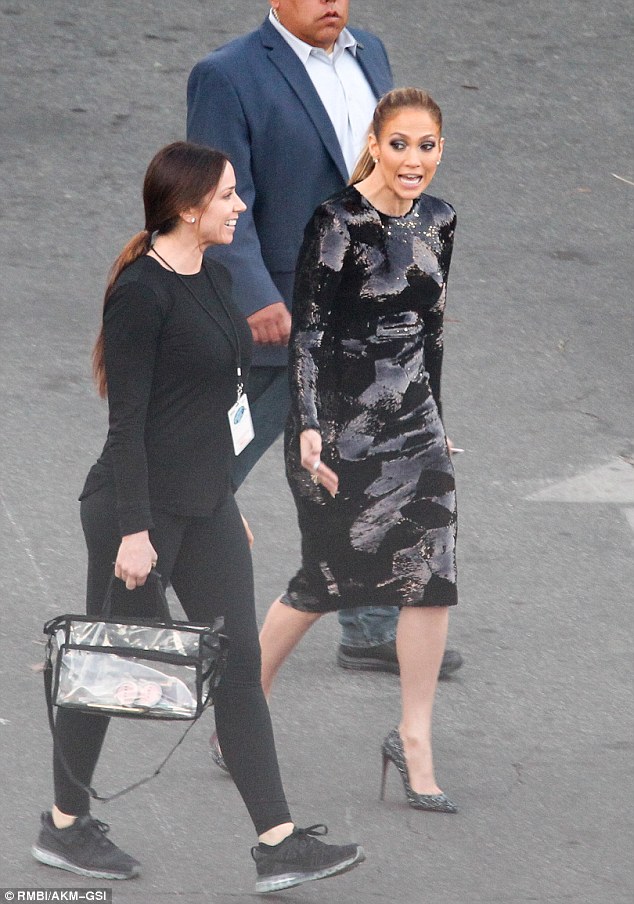 Not an inch to pinch: The striking LBD clung to every inch of the mother-of-two’s fabulous figure as she strutted around behind the scenes of the show

The star was joined by her fellow judges Harry Connick, Jr and Keith Urban ahead of the show on Thursday.

Jennifer greeted Harry, who looked sharp in a dark suit, with a kiss on the cheek.

Also seen on the lot was country singer Keith, who is married to actress Nicole Kidman.

The musician, who held a handful of cash and gripped two smartphones, went for more of a rocker look in ripped jeans and a leather jacket.

Dressed to impress: Jennifer works hard to maintain her incredible figure, putting in regular hours at the gym and sticking to a healthy diet 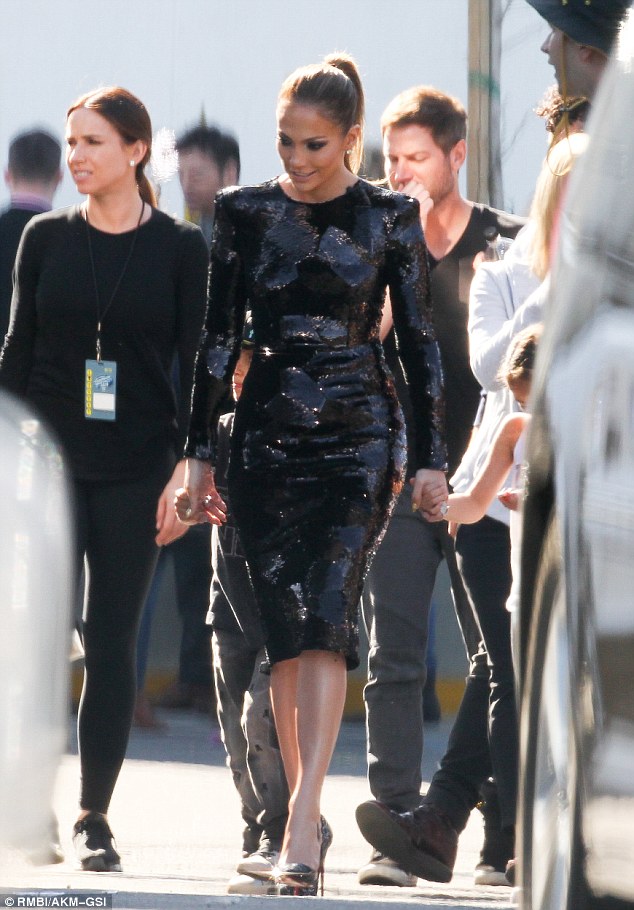 Strutting her stuff: The superstar teetered around on set in a pair of towering stiletto heels