Jeremy Clarkson has revealed the unlikely secret behind his recent weight loss – riding a bicycle.

The former Top Gear host – who once des, and cribed cyclists as ‘lunatics who are waging some kind of idiotic war’ – said his travel routine helped him lose two stone on a recent trip.

He told chat show host Jonathan Ross: ‘I went on a gap year to Indochina. Where I was staying was separated from the small town… it was only three kilometres and I cycled it every day. I said ‘I can’t have a drink unless I cycle into town’. I wanted to get fit.’

Clarkson, 59, who now presents The Grand Tour for online streaming service Amazon Prime, also disclosed he was admitted to hospital in Vietnam after developing an abscess on his abdomen.

The presenter – once censured for using the racist slur ‘slope’ on Top Gear – praised the ‘fabulous healthcare system’ in Saigon.

‘By the time I’d finished explaining [the problem], the ambulance was there,’ he said.

‘Siren on, off to the hospital, doctor was there 30 seconds later and three minutes later I was on the operating table.’ The interview will be broadcast on ITV tomorrow. 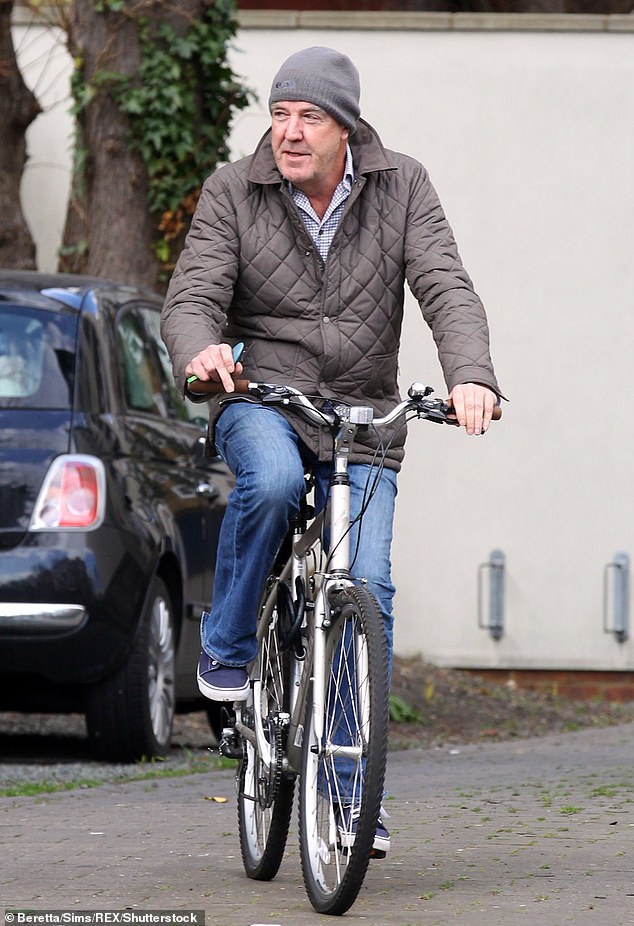 The presenter (pictured) – once censured for using the racist slur ‘slope’ on Top Gear – praised the ‘fabulous healthcare system’ in Saigon.