Jeremy Corbyn has apologised after a photo emerged of him breaching the ‘Rule of Six’ at a dinner party.

The photo showed the former Labour leader, 71, and his wife Laura Alvarez, 51, seated around a nine-person strong table at a friend’s house.

The photo showed the former Labour leader, 71, and his wife Laura Alvarez, 51, seated around a nine-person strong table at a friend’s house. (File image)

The MP for Islington North tonight apologised for the incident, admitting it was a ‘mistake’.

‘I recently had dinner at a friend’s house where the number of guests eventually exceeded five,’ he told The Sun.

‘I understand that remaining at the dinner was a breach of the rule of six. I apologise for my mistake.’

One guest got up from the table to take a picture of the other eight, with an unsmiling Corbyn sitting two seats away from his wife.

The ‘rule of six’ was brought in by the government on September 14 in an attempt to control the spread of a second wave of Covid-19.

Those in violation of the rules face potential fines of £200 each for first-time offenders. 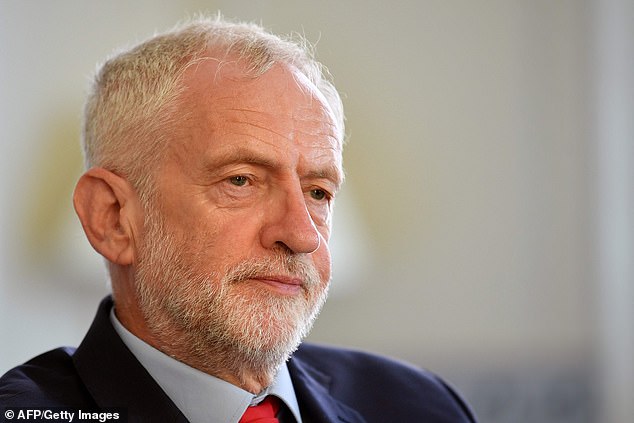 The MP for Islington North tonight apologised for the incident. admitting it was a ‘mistake’ (File image)

it is understood the dinner party took place on the same day Corbyn’s older brother Piers led an anti-mask rally in Trafalgar Square.

A source told The Sun: ‘It’s clear that Jeremy realised immediately the danger the photo had put him in.

‘His face says it all. He knew he shouldn’t have been present and he, of all people, should know the rules.’

David Morris, Tory MP for Morecambe and Lunesdale, described the image as ‘disappointing’.

‘Millions of Brits are quietly sticking to the rules to defeat this horrific virus while Jeremy Corbyn is swanning around at a posh ­dinner party,’ he said. 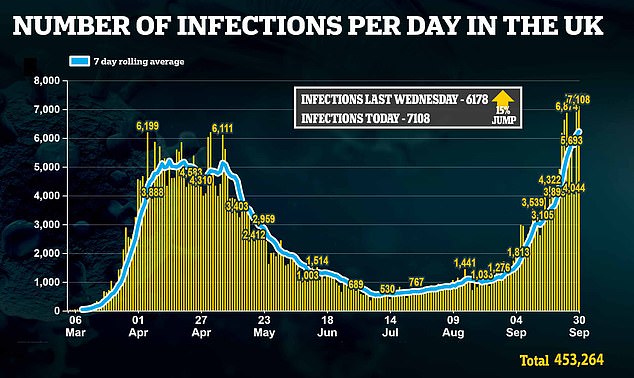 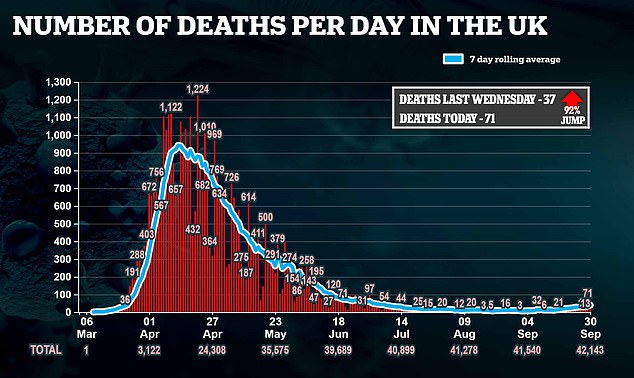 The Rule of Six applies across England by law, meaning that gatherings should not be larger than that.

There are also local lockdowns in place across much of England with some 16 million Britons living under such local restrictions.

Britain today recorded 7,108 more coronavirus cases and another 71 deaths — including a three-month high of seven in Scotland.

Daily infections are up 15 per cent on last Wednesday’s 6,178 and almost 80 per cent higher than on Wednesday two weeks ago.

But Britain’s infections are a far-cry from what they were during the darkest days of the crisis in March and April, when at least 100,000 people were getting struck down every day.