Jeremy Corbyn has visited Morecambe as part of a local election campaign tour at the same time as one million people took to the streets for an anti-Brexit protest.

The Labour leader, who has been criticised for a lack of clarity on his Brexit stance, spoke at the Lancashire town ahead of local elections on May 2.

Meanwhile, the ‘Put it to the People’ march saw an estimated million protesters in the capital. 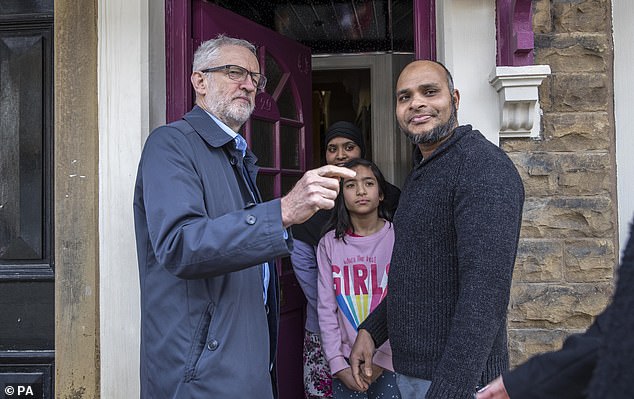 The Labour leader canvassed with local councillors in the Lancashire town, distancing himself from the protests in London 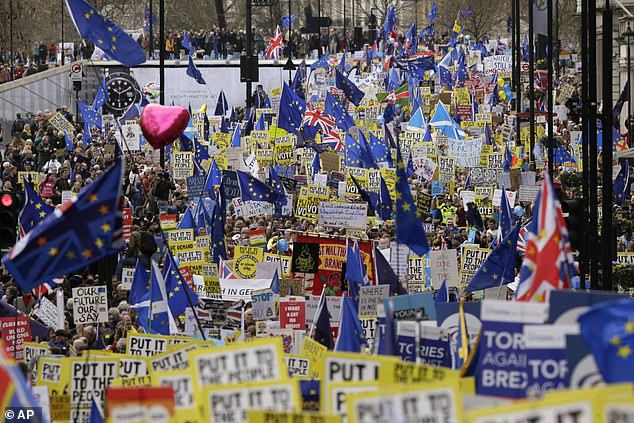 One group had a picture of the Labour leader with the caption ‘he’s not the messiah, he’s a very naughty boy’, in reference to Monty Python’s Life of Brian. 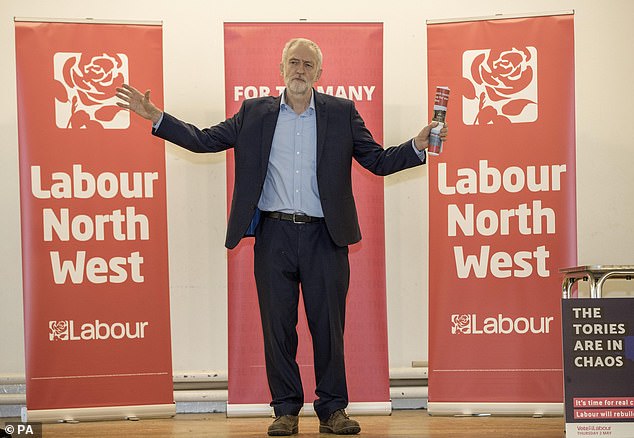 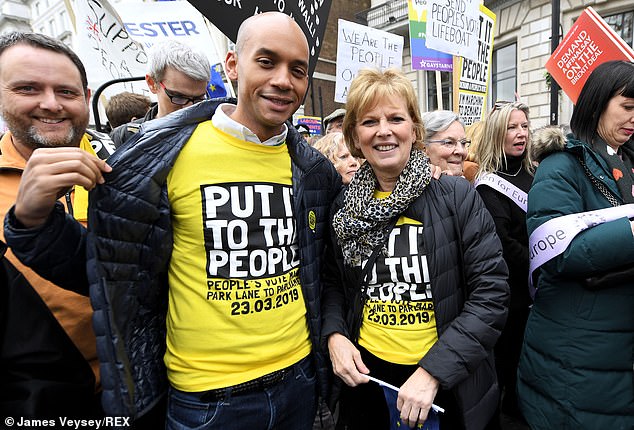 Former Labour MP Chuka Umunna took centre stage during the protest, wearing a shirt alongside Anna Soubry expressing their support for the march as they were surrounded by anti-Brexit campaigners 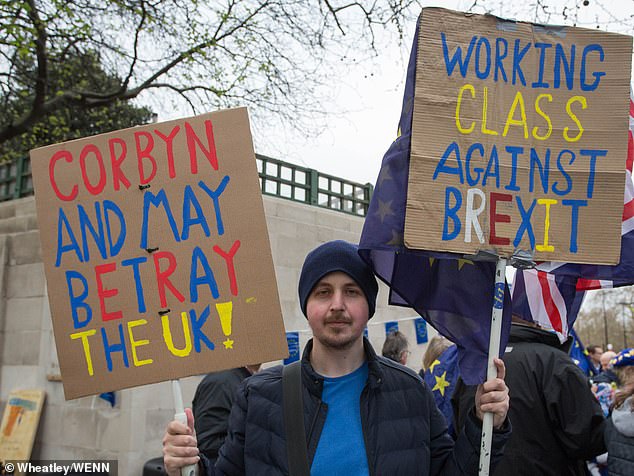 As well as campaigning against Brexit, this protester took the time out to express his dissatisfaction with the leaders of both of the UK’s main parties

Jeremy Corbyn walked out of a cross-party meeting earlier this week when he discovered Umunna, the spokesman for The Independent Group, was present.

Organisers of the march claim a million people turned up while the Metropolitan Police refused to comment on the numbers. 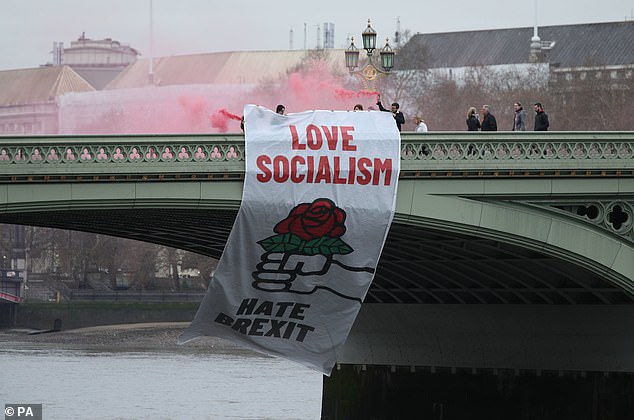 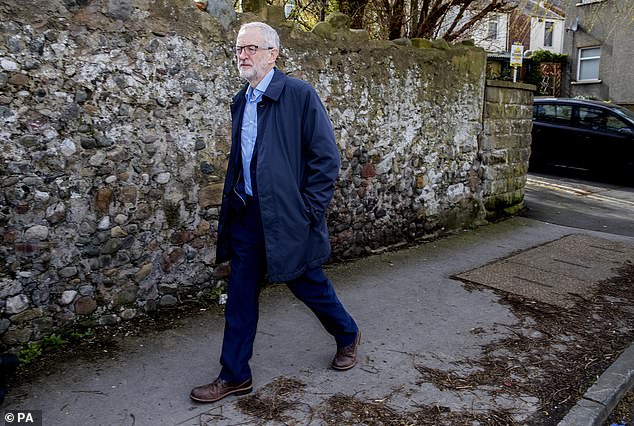 Banners saying ‘Labour for a socialist Europe’ and ‘Love socialism, hate Brexit’ were seen at the protest despite Jeremy Corbyn’s absence.

Another waved two placards saying ‘Corbyn and May betray the UK’ and ‘Working class against Brexit’.

At the same time, the Labour leader joined councillors knocking on doors in Morecambe and spoke at the town’s War Memorial Hall.