Jeremy Corbyn warned that ‘anti-Jewish bigotry’ has reared its head in our movement’ today as he unveiled a Labour plan to tackle racism in its ranks.

The opposition leader wrote to party members today to reveal that his party had set up a section of its website to host ‘educational material’ for members and supporters to tackle racism.

It came as one of his top shadow cabinet lieutenants defended Labour’s candidate to run against Boris Johnson at the next general election over a series of anti-Semitic tweets.

Writing to party members today Mr Corbyn said that it had chosen anti-Semitism to be first because of the ongoing crisis threatening to tear Labour apart.

‘Hatred towards Jewish people is rising in many parts of the world. Our party is not immune from that poison – and we must drive it out from our movement,’ he wrote.

‘While other political parties and some of the media exaggerate and distort the scale of the problem in our party, we must face up to the unsettling truth that a small number of Labour members hold anti-Semitic views and a larger number don’t recognise anti-Semitic stereotypes and conspiracy theories.

‘The evidence is clear enough. The worst cases of anti-Semitism in our party have included Holocaust denial, crude Jewish-banker stereotypes, conspiracy theories blaming Israel for 9/11 or every war on the Rothschild family, and even one member who appeared to believe that Hitler had been misunderstood.’

He added: ‘I have learned so much, I hope you will too, so that together we can fight these evils.’

Labour has been riven by infighting since a highly critical BBC Panorama documentary two weeks ago which made allegations which stretched to the heart of Mr Corbyn’s core team.

The opposition leader (pictured today in Tolpuddle, Dorset) wrote to party members today to reveal that his party had set up a section of its website to host ‘educational material’ for members and supporters to tackle racism 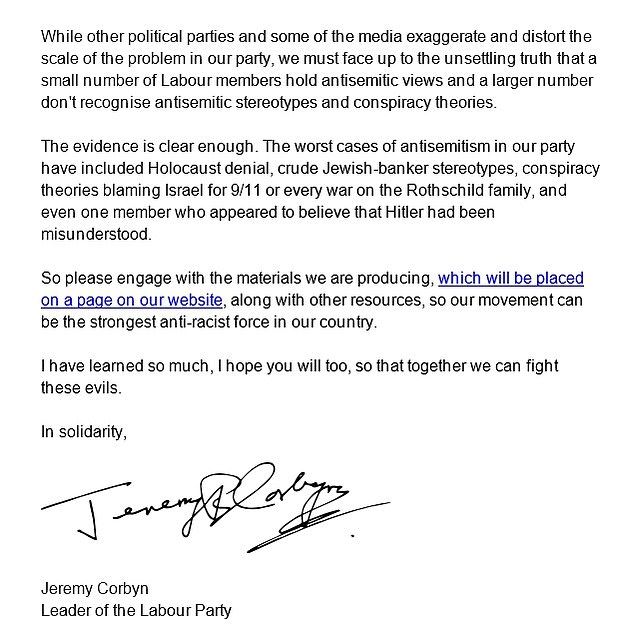 Mr Milani, a vice-president of the National Union of Students, has previously sparked outrage by saying ‘Israel has no right to exist’ in 2013.

He has also allegedly suggested Jewish people are mean, with a tweeted reply in 2012 that read: ‘Nah, you won’t mate. It’ll cost u a pound. #jew.’

But speaking on Sky’s Sophy Ridge on Sunday, Mr Burgon said he was an appropriate candidate for the party because he had apologised.

Mr Burgon said: ‘Quite rightly he has apologised for those tweets, and those tweets that are disgraceful he did when he was a teenager.

‘He has been on a programme of learning since then and, in fact, went to Auschwitz to learn more about where prejudice comes from and where prejudice against the Jewish community can lead.’ 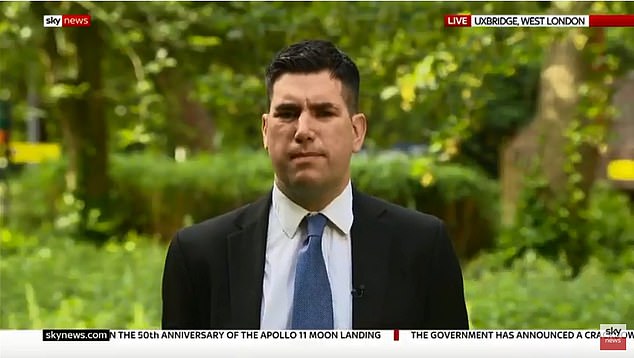 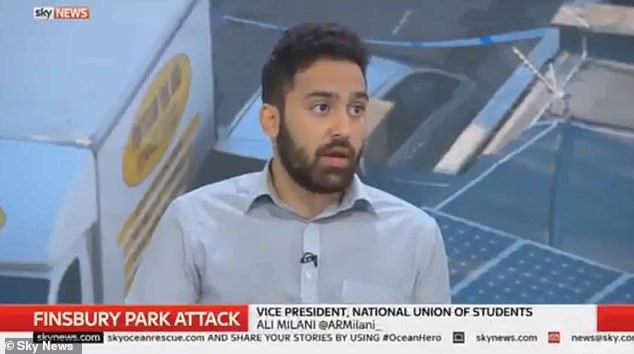 Leeds East MP Mr Burgon tried to point out that Boris Johnson has made imflammatory remarks himself in the past. 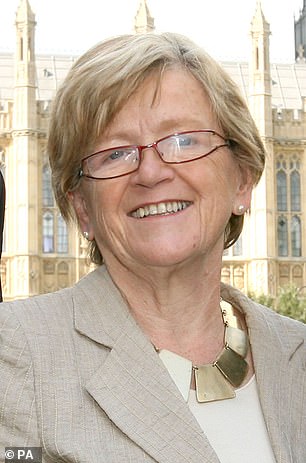 ‘I’m sure there are plenty of things Boris Johnson did as a teenager which if you applied that rule would rule him out from being prime minister,’ he said.

His remarks came as Labour continues to be riven by a bitter civil war over anti-Semitism.

Yesterday a former chief whip under Tony Blair and critic of Jeremy Corbyn said she was ‘very sad’ after her local constituency party voted to ‘expel’ her from Labour.

Hilary Armstrong issued the statement following a meeting of the Constituency Labour Party (CLP) in North West Durham, where she was MP until 2010. 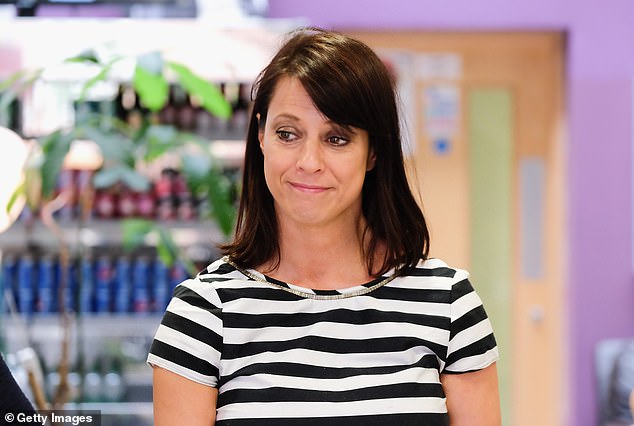 Shadow justice minister Gloria De Piero has announced she will not be standing for the Labour Party at the next election, saying there is a ‘lack of tolerance for different viewpoints’

Now ennobled as Baroness Armstrong, she was one of the Labour peers to put her name to a newspaper advert claiming Mr Corbyn was ‘failing the test of leadership’ over the party’s handling of anti-Semitism allegations.

She said: ‘This sadly shows how far the party has departed from its roots.

‘I’m not going to shy away from demanding that the party leadership take real and decisive action to rid anti-Semitism from the Labour Party.’

Mr Burgon also rejected claims there is a ‘lack of tolerance for different viewpoints’ in Labour, saying the party is a ‘broad church’.

Shadow justice minister Gloria De Piero has announced she will not be standing for the Labour Party at the next election.

Asked about fears of a ‘lack of tolerance for different viewpoints’ in Labour, Mr Burgon defended the party.

He told Sky’s Sophy Ridge on Sunday: ‘She feels that her speech and her explanation to her members has been mischievously misrepresented by the press.’

Mr Burgon added: ‘I very much agree than in no political party, particularly a political party with over half a million members, do we expect everybody to agree on every single issue.’