Jeremy Corbyn urged voters to punish the Tories at the local elections today but launched his campaign amid signs his soft stance on Russia has hit support.

A series of polls since the Salisbury attack have seen Theresa May’s party edge into a narrow lead.

The latest survey by ICM showed the Tories up one on 44 per cent and Labour down one on 41 per cent.

Most polls since last year’s general election have seen the two parties tied or Labour slightly ahead.

Mr Corbyn has been widely criticised for appearing hesitant to blame the Kremlin for the attack when even many on his own side have accepted the evidence pointing to Russia and firmly endorsed Mrs May’s hardline stance. 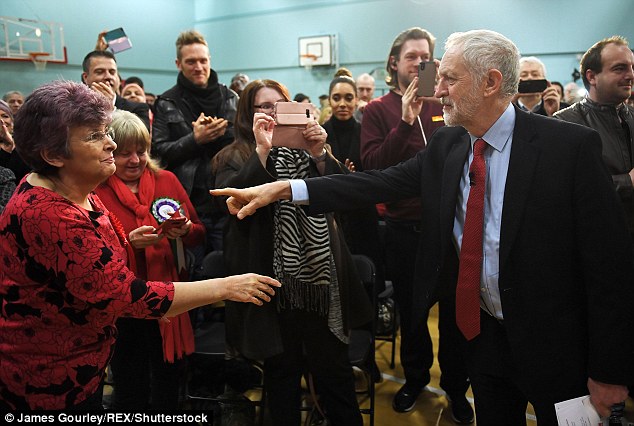 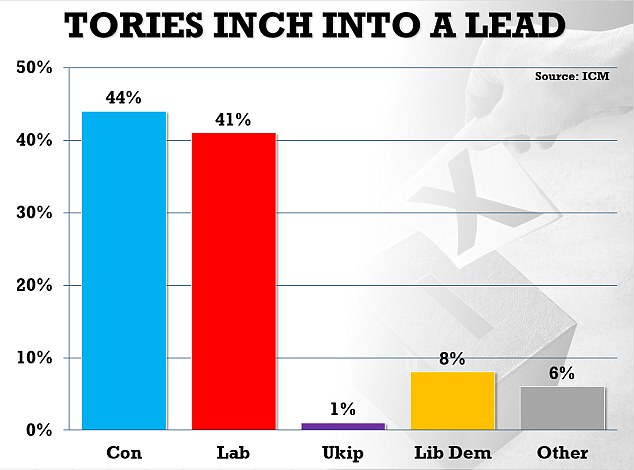 The Conservative Party is expected to have a torrid night on May 3 and could lose a series of flagship councils in London, including places like Wandsworth, Westminster and Barnet that have long been seen as fortresses for the party.

In his campaign launch today, Mr Corbyn highlighted increases of almost 6 per cent in council tax bills across the country.

He accused Conservatives of demanding voters ‘pay more for less’, as bills soar while local services are cut.

And he said that a vote for Labour on May 3 represents a vote to ‘change direction’.

‘On May 3, people across England will have the chance to send an unmistakable message to this Government that enough is enough,’ the Labour leader said.

‘Enough of cuts to vital services that hurt local communities; enough of cuts to schools, hospitals and local policing; enough of library and youth centres closures, enough of leaving elderly and disabled people without essential care; and enough of failed privatisations that suck funds out of public services so a few can make a profit.

‘Austerity is a political choice. So when your children’s school is losing teachers and sending begging letters, or their youth centre is closed, that’s because the Conservative priority is tax breaks for big business.

‘And when your elderly relatives are neglected because of a lack of social care, that’s because the Conservatives want another tax giveaway for a few people at the top.’ 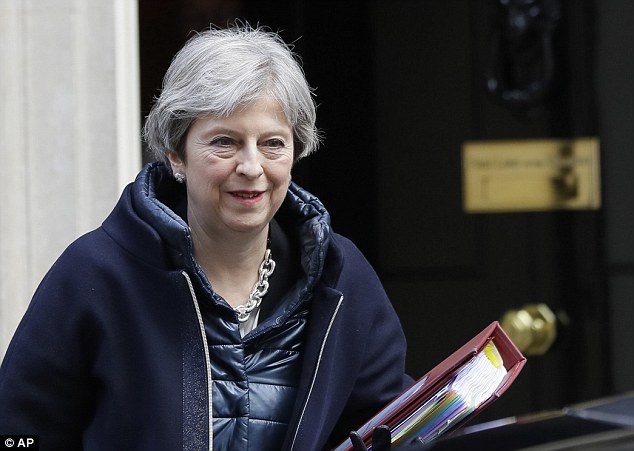 Mr Corbyn said that not only families but also local businesses are facing an increased tax burden, with business rates rising by more than £3,000.

‘The message from Theresa May’s Government could not be clearer,’ he said. ‘Pay more for less under the Conservatives.

‘After eight years of Conservative cuts, failed privatisations and falling living standards, it’s time for real change. Labour will give dignity and support to those in need, rebuild our communities and transform our country for the many, not the few.’

Elections are taking place in 32 London boroughs and 119 other councils around England on May 3, alongside mayoral ballots in Hackney, Lewisham, Newham, Tower Hamlets, Watford and the Sheffield City Region.