Labour is on the brink of lurching back to a 1970s agenda after activists put forward a string of hard-Left conference motions including a campaign to abolish all private schools.

Delegates in Brighton this weekend will consider plans to boost union power and introduce a 30-hour working week, as well as a proposal to tear up Tony Blair’s signature reforms and reinstate a commitment to nationalisation.

Mr Blair’s changes to Clause IV of the party constitution were a symbol of the party’s return to electability in the 1990s.

Another motion calls for Britain to ‘welcome all immigration’ and dramatically reduce any curbs on free movement.

James Cleverly, the Tory party chairman, said: ‘Corbyn’s Labour would wreck the economy whilst hitting the people they claim to want to help.

‘From huge tax hikes on homes to a return to the crippling strikes of the seventies and job-wrecking measures, working people would pay the price of this hard-left ideology.’ 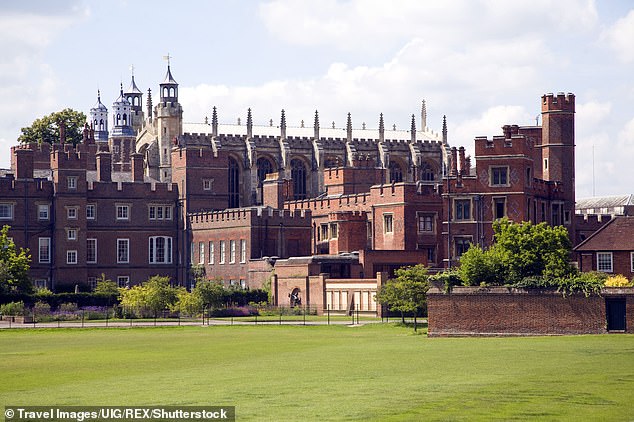 Buildings and playing fields of Eton College, Berkshire. The group uses the Twitter handle @AbolishEton and has the backing of high-profile Labour figures including party chairman Ian Lavery and ex-leader Ed Miliband. Eton College has school fees of £14,167 per term.

The Abolish Eton campaign wants a future Labour government to commit to ‘integrating all private schools into the state sector’.

This would see endowments, investments and properties held by private schools ‘redistributed democratically and fairly across the country’s educational institutions’.

The motion, which is due to be debated at the annual conference this weekend, also calls for independent schools in England to be stripped of their charitable status.

Other motions – reflecting the Marxist influence of Labour party heavyweights – include returning all services to the public sector and putting 10 per cent of shares in all large UK companies into a fund for the benefit of employees.

The party also wants to take Britain back to the 70s with plans for a four-day week. Speaking about the proposals to scrap private schools, Mr McDonnell told The Guardian: ‘We know that our society is grotesquely unequal and part of the reason for that is because of the inequalities in education, particularly in private schools, where large amounts of money are spent on a privileged few.

‘That’s why I support the campaign now for us to talk about how we ensure an integrated education system, where private schools don’t need to exist and should not exist where we have equality of education.’

He added: ‘I hope this campaign will pick up support and eventually become Labour party policy.’

Holly Rigby, a state school teacher and one of the motion’s organisers, said: ‘This is an historic opportunity to dismantle the private school system that confers unfair privileges and perpetuates inequality. 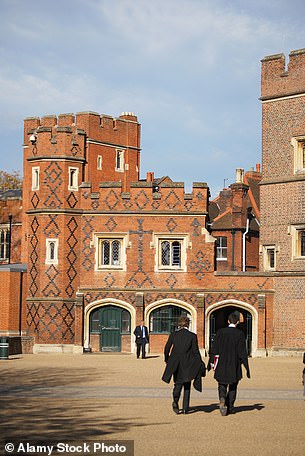 The group, which uses the Twitter handle @AbolishEton, has the backing of high-profile Labour figures including party chairman Ian Lavery and ex-leader Ed Miliband. If passed, the motion would remain Labour’s position until a general election. But Julie Robinson, of the Independent Schools Council (ISC), said: ‘In addition to causing widespread and irreversible disruption to hundreds of thousands of children and their families, we understand this abolition pledge would involve the state unilaterally seizing private property.’

The offensive against independent schools intensified yesterday with the launch of a new education think tank which proposes a ‘DIY guide’ to targeting the private sector.

It suggests a five-year rolling programme of ‘phasing out’ private schools which will ‘offer all its children a fair chance in life.’

Mr Trace was later forced to quit as head of demand reduction with the UN Office for Drug Control and Crime Prevention in 2003 when it was disclosed he had set up a pressure group devoted to promoting the legalisation of dangerous drugs.

But Barnaby Lenon, from the ISC, warned the report ‘prioritises ideology over what is best for children’. He said: ‘It talks about abolishing independent schools but concedes that doing so could breach human rights legislation.