Labour leader Jeremy Corbyn has sparked confusion over his party’s benefit freeze on his tour of Scotland.

The party leader, who said his party is ready and able to win an election, omitted to mention a freeze on social security.

A briefing note handed to journalists ahead of his address at Coatbridge today said Mr Corbyn would say: ‘We will lift the freeze on social security, using part of the billions we set aside for reform in our costed manifesto.’

Labour Leader Jeremy Corbyn talks to pensioners at a community centre in St Bryce Church, where former Prime Minister Gordon Brown’s father was once the minister 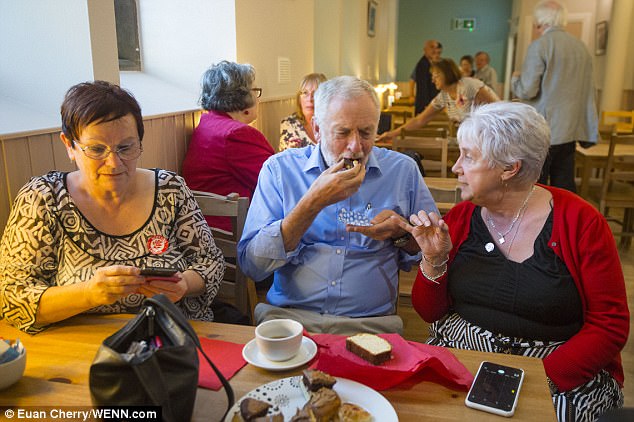 Corbyn tucked into tea and cake at the tea party, where he spoke about how he believes Labour are ready for another election

It has led to claims the Labour leader is attempting to distance himself from the controversial policy, Sky News reports, but the party has said it is still confident of delivering it.

A Labour spokesman told Sky that the party would be able to bring in the freeze – which experts say will cost £3billion a year – if it is voted into government.

The leader reiterated a party commitment to the young and old while drinking at a tea party at St Bryce Kirk in Kirkcaldy, Fife.

Tucking into tea and cake, he pledged to protect the free bus pass and the winter fuel allowance.

He also maintained a commitment to the triple lock on state pensions, which guarantees the weekly rate will rise at whichever is highest, above inflation, above the average earnings, or at 2.5 per cent.

There has been speculation that the triple lock could become a double lock, with the commitment of 2.5 per cent being dropped.

Mr Corbyn has kept the party on campaign footing since the snap general election in June and is visiting marginal seats held by the SNP on a five day tour of Scotland.

Today he visited the parish where former leader Gordon Brown’s father was once the minister.

The Labour leader said his party is ready to defeat the Government if there is another election.

‘They cannot survive on the basis of sweetheart deals with the DUP and think it’s going to go on forever. 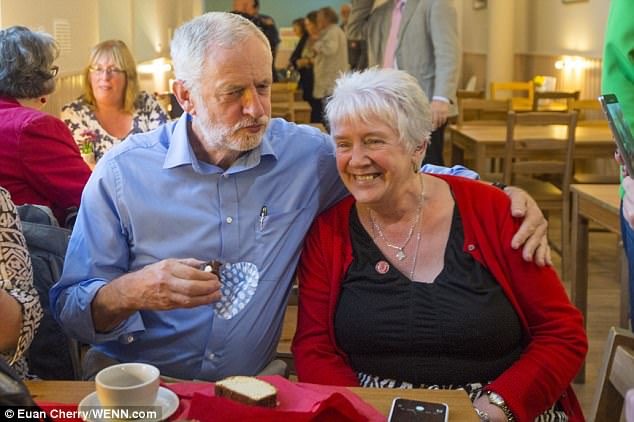 Corbyn pledged to protect the free bus pass, and the winter fuel allowance, amid suggestions the latter benefit could be means-tested

‘We’re ready, we’re able, we’re very willing and above all we’re very determined and very united on winning an election for the many and not the few.’

Mr Corbyn restated his party’s commitment to the concessionary travel scheme the day after a consultation was launched on raising the age at which Scots can obtain the bus pass.

The Scottish Government is proposing to increase the age of eligibility amid rising numbers of older people and a £9.5 million budget cut for the scheme.

His promise north of the border comes after Tory plans to means-test the winter fuel allowance in England and Wales. 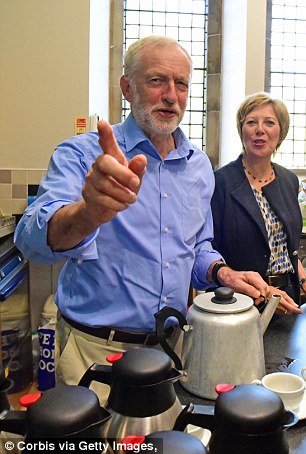 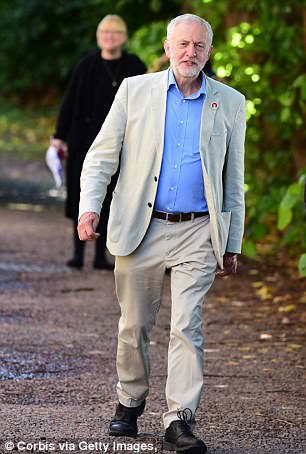 Corbyn has promised to protect the triple lock on pensions, where an expected rise will match whichever is highest, of 2.5 per cent, or above inflation, or above average earnings 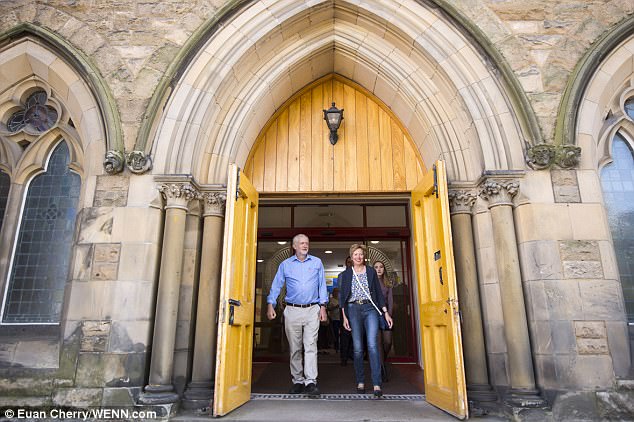 He also renewed a commitment to young people, saying he would protect at all stages of life

Mr Corbyn, said: ‘Labour will extend the welfare state from the cradle to the grave.

‘People who have spent their lives paying into the system deserve something back.

‘That is why Labour will protect pensioner incomes by legislating to keep the triple-lock on state pensions, protecting the pensions of over one million Scottish pensioners and guaranteeing them a basic income necessary to live a dignified life in retirement.’

He also called for opportunities for young people, and for a decent living wage.

SNP MSP Mairi Gougeons said: ‘The SNP is committed to supporting bus services and concessionary travel nationally, and that’s why the SNP Government is consulting on how best to utilise the concessionary travel scheme to benefit those who have the greatest reliance on free bus travel.

‘Everyone that has a bus pass can be reassured that there is absolutely no prospect of losing their entitlement as part of this consultation and for those with a disability, the scheme will not change for them or their companion.

‘This is despite scares from Scottish Labour – whose former transport spokesperson, Elaine Murray, previously considered raising the age of those entitled to a bus pass to 65.

‘As stated in our 2016 manifesto, the SNP Government wants to extend concessionary travel to young modern apprentices and, later on, to young recipients of job grants, and will listen carefully to the views across Scotland to find out how the people of Scotland see the future of the scheme.’

Jeremy Corbyn will not be boycotting the Channel 4 version of the Great British Bake Off, despite previously suggesting the iconic TV show should be nationalised.

The Labour leader last year waded into the controversy over the poaching of the hit programme from the BBC, telling a rally that he approved of a banner reading “Nationalise Bake Off” and asking supporters: “The public lost ownership of Bake Off. Shall we get it back?”

But days ahead of the return of the tent-based contest to TV screens on Tuesday, Mr Corbyn told student journalism website The Tab that he will be tuning in to the new-style show.

“I’ve checked out the timing and it works for me,” he said.

Mr Corbyn revealed his own recipe for Christmas cake, but said it would be no good for Bake-Off’s against-the-clock format, as it takes too long to make.

And despite previously saying that he avoided biscuits because he was “totally anti-sugar”, he admitted that his favourite baking treat was packed with the sweet stuff and “not very healthy”.

“What I like making, but it wouldn’t really work for Bake Off because it takes too long, is Christmas cake,” said Mr Corbyn.

“It’s quite a long affair to make. One and a half kilos of fruit, flour, four or five hundred grams of butter – it’s not very healthy – a lot of sugar, eight eggs, and an awful lot of spices.

“I do it all myself and it takes quite a while to do. Then I’ll add something that gives it a bit of flavour – whisky, sherry, whisky’s the best – put that in and bake it for at least five hours. I’ll make it in November and come Christmas time, I’ll cut it up and give it to family and friends. I enjoy doing it.”