Jeremy Corbyn takes on children for a spot of table tennis

Jeremy Corbyn vowed to ‘transfer the wealth’ tonight as he kicked off the most left-wing Labour conference in decades.

The Labour leader underscored his revolutionary credentials at a rally in Brighton attended by hundreds of activists – some bearing Socialist Worker Party placards.

Bizarrely coming on stage to the theme tune from 1980s American sitcom The Fresh Prince of Bel Air, Mr Corbyn said he wanted to take action inside and outside parliament to disrupt the government.

The conference over the coming days will underline the growing control of the hard-left in the party. At the event this evening there were Marxist student stands and leaflets were being handed out celebrating the centenary of the Russian Revolution.

A series of Labour rule changes are expected to be passed to limit the influence of more centrist MPs, while members of the Momentum campaign group are set to flood the hall and fringe events. 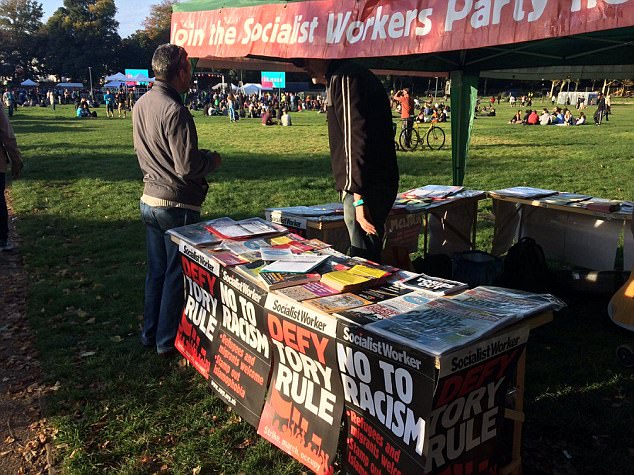 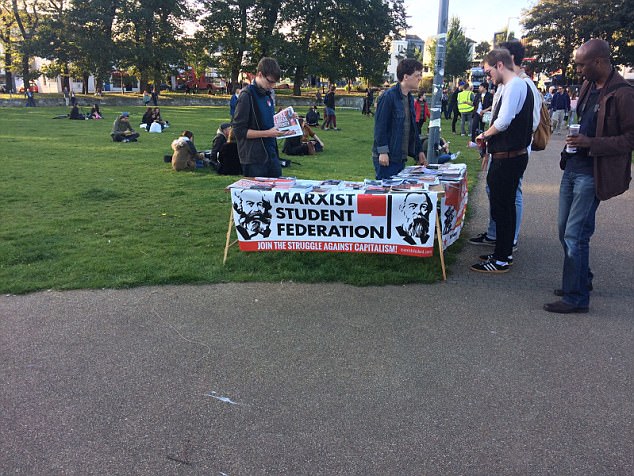 Only a handful of Mr Corbyn’s close allies are due to give speeches from the main stage, including shadow home secretary Diane Abbott, shadow chancellor John McDonnell and shadow foreign secretary Emily Thornberry.

Even London Mayor Sadiq Khan was not initially granted a slot, although a time was finally agreed after protests.

Speaking to activists on the Level in Brighton this evening, Mr Corbyn said: ‘We are in a moment of great change – in the economy, politics and across the world.

‘Our challenge is to marshal these forces of change for the real wealth creators – all of us – and to transfer wealth, power and opportunity to the many from the few.’

Mr McDonnell introduced the party leader, telling the crowd: ‘I’ll let you into a secret – I’m going to be the next chancellor.’

It is Mr Corbyn’s third conference as leader, and the first where his position is not under serious threat.

The better than expected performance for Labour in the general election, which saw the Tories lose their overall majority, has ensured he will not face another challenge.

But there is still anxiety among many in the party about the direction in which it is heading – especially as the polls are still showing the main parties neck and neck despite damaging Cabinet infighting as Theresa May pushes through Brexit.

Earlier, Mr Corbyn told the Labour women’s conference at the Brighton centre that his drive to give Labour members more control over the party will help him enter Downing Street. 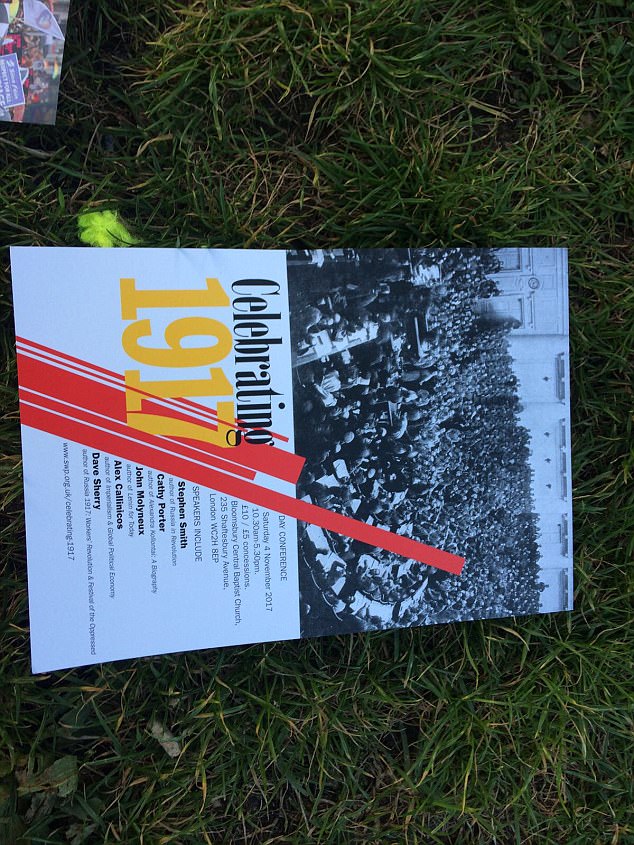 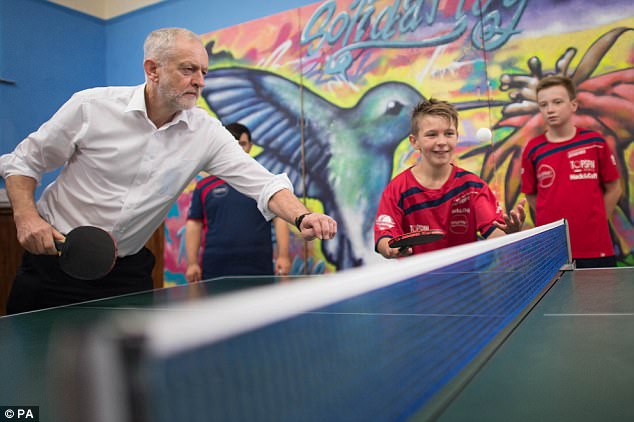 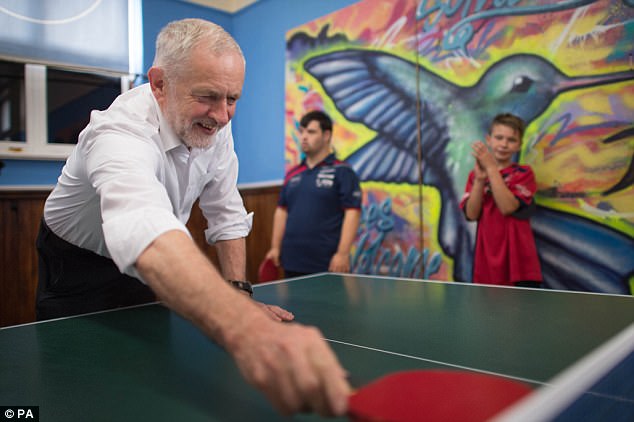 Before arriving at the conference centre in Brighton, Mr Corbyn played table tennis at a club which provides support for people with learning difficulties and refugees

Making the party more ‘democratic’ would not only help oust Mrs May it will also change the ‘system of inequality and injustice’ in society, he claimed.

Addressing the women’s conference he said: ‘Wide participation in policy making leads to more support for the policies we get, leads us to that movement that will bring about the end of this government but – beyond that – the end of the system of inequality and injustice in our society.’

Mr Corbyn also denied that Labour had a problem with sexist abuse – an accusation levelled by one of his own MPs over the summer.

He grudging noted that the Tories are led by a female PM, but said: ‘It’s without question the Labour Party is the party of women’s equality, no matter who else might try to claim that mantle.

‘I acknowledge that the Tories have a woman leader but their policies have actually hurt women a lot.’

Mr Corbyn hit out at the abuse targeted at women Labour MPs including Luciana Berger and Mrs Abbott.

‘The unbelievable and disgusting and disgraceful levels of abuse that women receive in public life is unacceptable – from anybody, to anybody – it has got to stop.’

In a message to some Labour supporters who have engaged in vitriolic attacks at women MPs from other wings of the party he said: ‘All women who represent our party deserve our unqualified support.’

In a compromise move, the NEC agreed to a proposal to cut the number of nominations a candidate needs to run from 15 per cent to 10 per cent of the party’s MPs and MEPs.

The change – which now needs to be approved by conference – is expected to make it easier for a left-wing candidate to secure a place on the ballot paper when 68-year-old Mr Corbyn finally steps down.

In a further strengthening of the left’s position, the party also increased the number of NEC delegates from members and unions as well as authorising the democracy review.

Mr Corbyn hit out at targets including the Tories and US President Donald Trump as he addressed the women’s conference.

Before arriving at the conference centre in Brighton, Mr Corbyn played table tennis at a club which provides support for young people with learning difficulties and refugees.

The 68-year-old politician was able to knock the little white ball back an admirable number of times before letting the ball drop off the table. 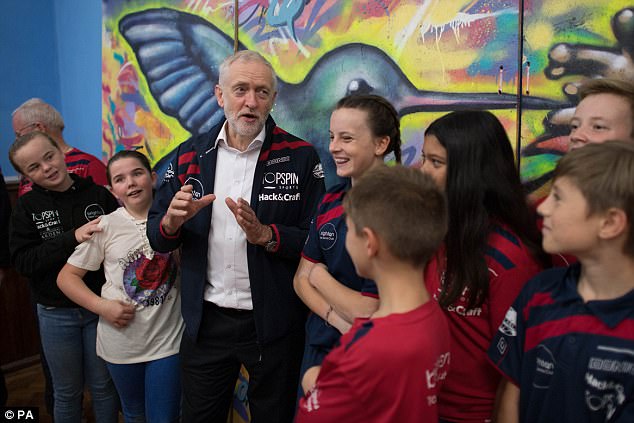 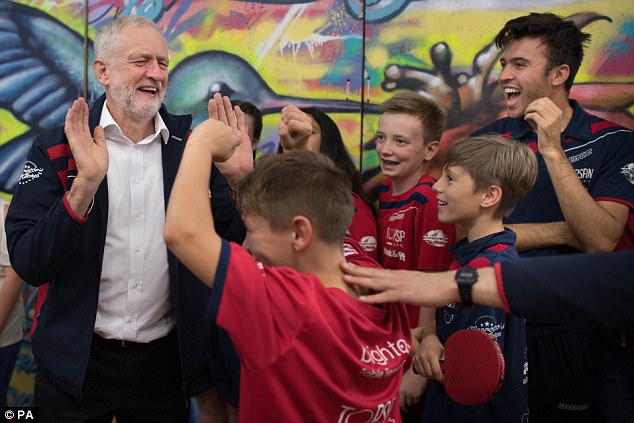 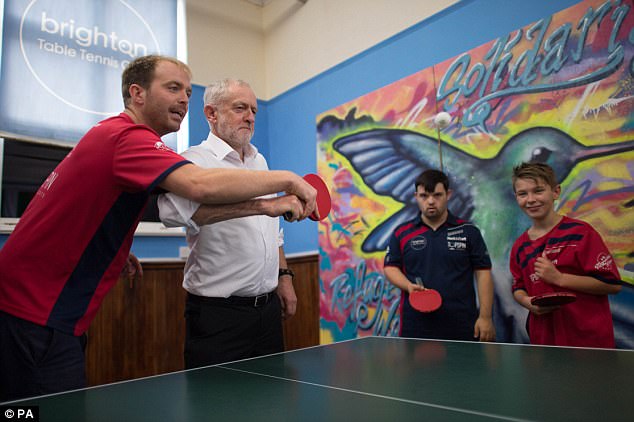 He said plans to give his grassroots support a greater role will not only help oust Theresa May it will also change the ‘system of inequality and injustice’ in society, he claimed 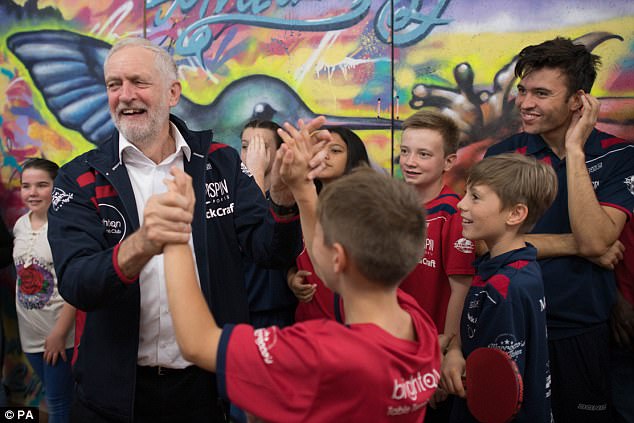 The Labour leader, who arrived at the party’s conference in Brighton to the familiar ‘oh Jeremy Corbyn’ chant, hit out at austerity measures which ‘disproportionately’ hit women 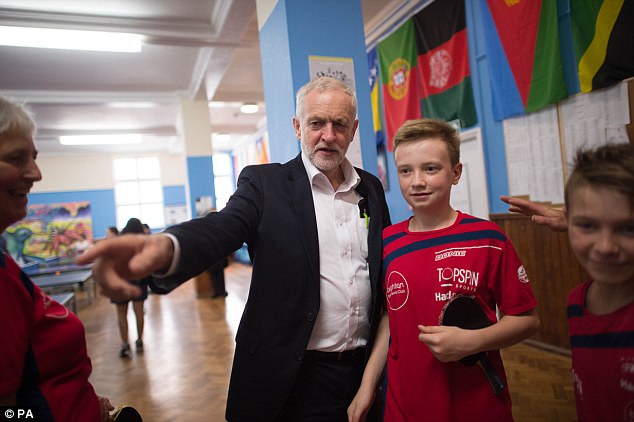 At the Labour women’s conference, which was taking place before the formal start of the full national event on Sunday, Mr Corbyn said his proposed review of party democracy would ensure wider support for his policies 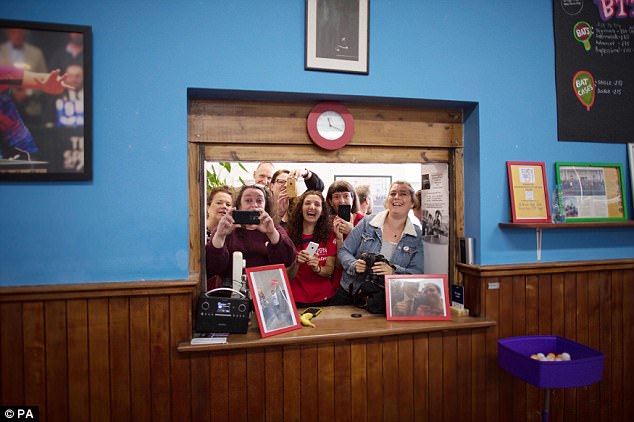 He wants a ‘more open, more democratic party’ with the ‘widest possible participation’ 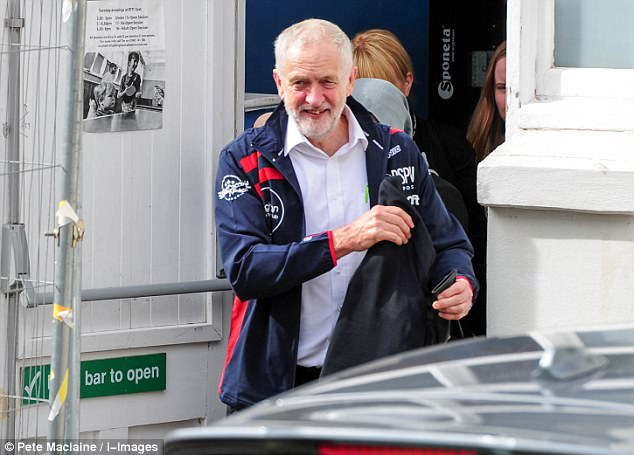 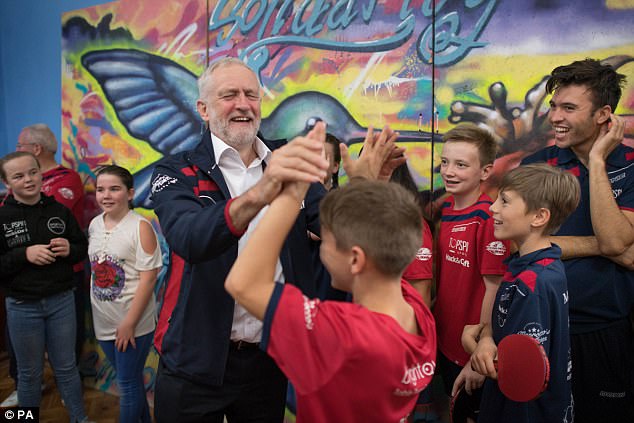 In a message to some Labour supporters who have engaged in vitriolic attacks at women MPs from other wings of the party he said: ‘All women who represent our party deserve our unqualified support’