Jeremy Corbyn is to go on a fact-finding jaunt to Ghana next week instead of building cross-party support for his bid to become Prime Minister.

The Labour leader will spent four days in the west African country where he is set to meet President Nana Akufo-Addo.

It comes at the same time as Corbyn is trying to win backing to become a caretaker Prime Minister to block a no deal Brexit. 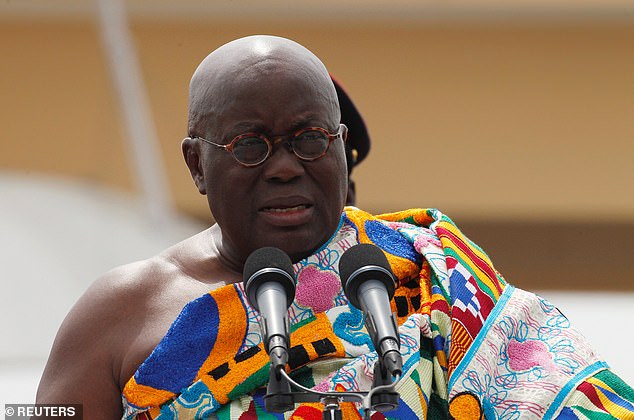 He plans to win a confidence vote in the Commons and become the interim leader but this can only happen with cross-party support.

But instead of consolidating this, Corbyn will spend most of the week in meetings with Ghana’s socialist leaders and member of their National Democratic Congress, according to The Sun.

A Labour MP said: ‘It would help matters if the party leader wasn’t going abroad at such a time but what would help most is if he wasn’t Labour leader.’

‘People in his own party don’t trust him so what chance is there of people in other parties backing him.’

The trip to Ghana is being funded by the Labour party and will see Corbyn meet with President Nana Akufo-Addo among other senior government members. 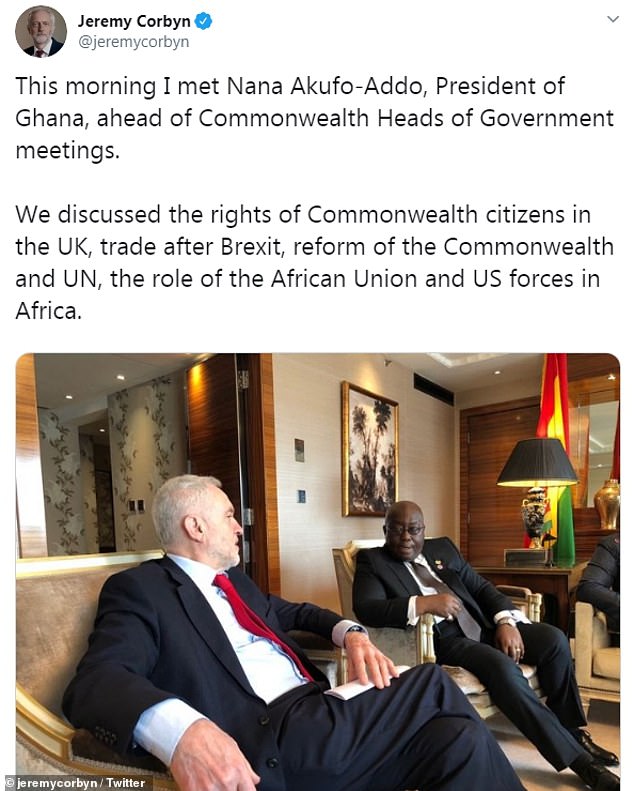 In April last year, Jeremy Corbyn met with the Ghanaian president where they discussed trade after Brexit 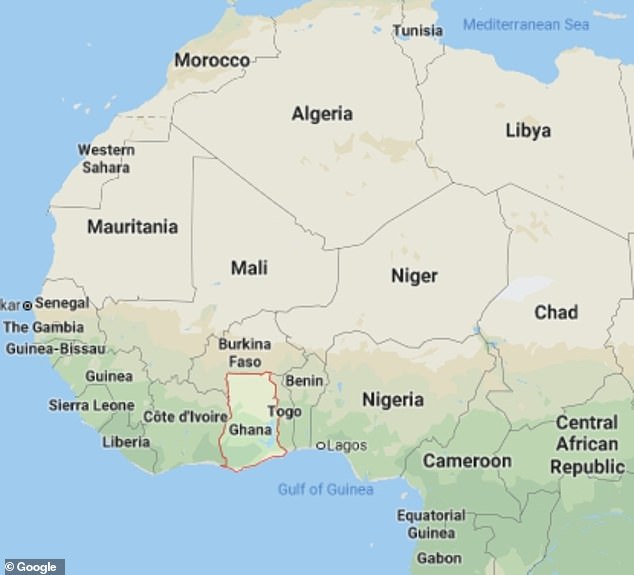 Instead of rallying support for his Number 10 bid, Corbyn will be in West Africa for four days

The Ghanaian president, who came into power in 2016, met with Corbyn last year where they discussed ‘the rights of Commonwealth citizens in the UK, trade after Brexit, reform of the Commonwealth and UN, the role of the African Union and US forces in Africa.’

During his inauguration speech, he was widely criticised for lifting parts of famous speeches by US presidents including John F. Kennedy, Bill Clinton and George Bush.

He led a campaign focused on anti-corruption but critics say he has failed to clamp down on it.

Last week, Corbyn wrote to the party leaders of the SNP, Plaid Cymru and backbench Tory MPs asking for cooperation and their backing in a bid to halt Boris Johnson’s no deal Brexit plans.

Conservative former minister Sir Oliver Letwin said he would not be able to support a bid to put Mr Corbyn in Number 10, and that he did not think it was likely that a majority could be formed for the idea.

And Tory former attorney general Dominic Grieve said that while he would be willing to bring down Mr Johnson’s administration, he did not think the Labour leader was the right person to lead a caretaker government.