He was under fire following more revelations and accusations about anti-Semitism within Labour’s ranks. And there were further vile slurs on the conference floor in Brighton yesterday.

The city council’s Labour leader even warned the party would not be allowed back unless Mr Corbyn halted the anti-Semitic abuse that has hit this week’s gathering.

The equality watchdog also intervened, telling Labour to do more to prove it was not a racist party.

It called on Mr Corbyn to ‘root out’ anti-Semitism.

Deputy leader Tom Watson pledged an investigation into how anti-Semites had been allowed to address the conference fringe and question whether the Holocaust had taken place. He described their claims as ‘disgusting’.

In an attempt to hit back, Mr Corbyn tried to round on interviewers, saying anti-Semitism was completely at odds with Labour’s values. ‘This is not a nasty party,’ he insisted. 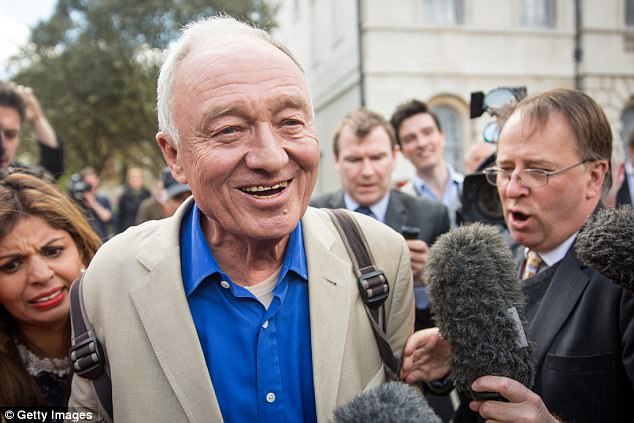 However, on a disastrous day for the Opposition:

The row erupted after the Daily Mail revealed a speaker at a Labour fringe event had questioned whether the Holocaust had actually taken place.

Allies of Mr Corbyn last night tried to play down the scale of the abuse. Len McCluskey of the Unite union said he had never encountered anti-Semitism during his decades in the Labour movement. 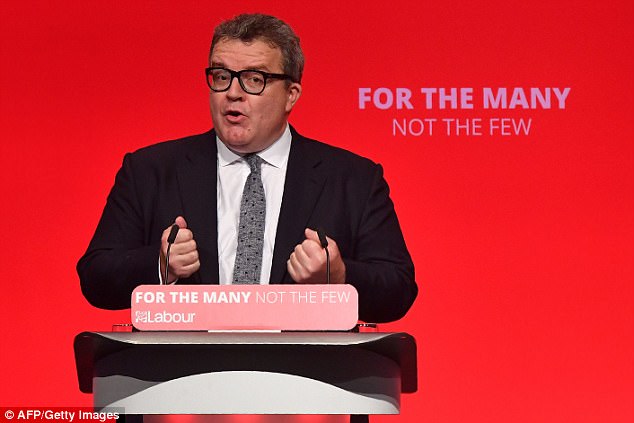 He said the claims were ‘mood music created by people trying to undermine Jeremy Corbyn’.

Left-wing film-maker Ken Loach spoke of ‘false stories of anti-semitism’. Asked about those who question the Holocaust, he said: ‘All history is our common heritage to discuss and analyse.’

Brighton and Hove Council’s Labour leader Warren Morgan wrote to party general secretary Iain McNicol warning it would not be allowed to hold any more conferences in the city unless it gave guarantees against a repeat of this week’s outbursts.

Labour last night passed a motion for tougher action against those who deploy anti-Semitic abuse, making it easier to expel them.