By Harry Howard And Mark Duell For Mailonline

Conspiracy theorist Piers Corbyn was today arrested again at London’s Hyde Park while attending a demonstration against the coronavirus lockdown.

The brother of former Labour leader Jeremy Corbyn was photographed this afternoon being taken away by two police officers who were wearing face masks.

It is the second time 73-year-old Piers Corbyn has been arrested at Hyde Park in a fortnight, after police detained him at a similar protest on May 16.

Police officers arrest conspiracy theorist Piers Corbyn during a demonstration against the coronavirus lockdown this afternoon at Speakers’ Corner in Hyde Park, London 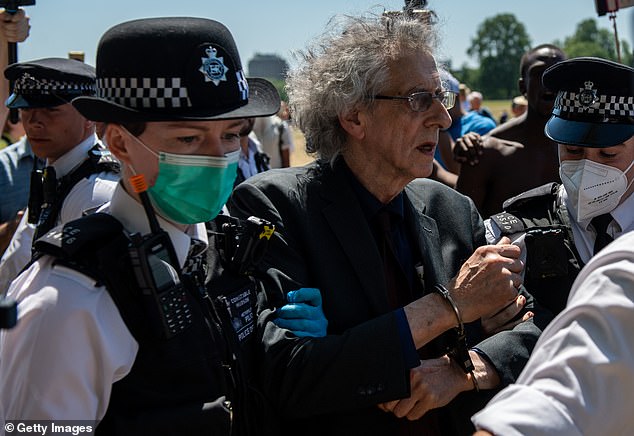 At the first protest, he had used a megaphone to say ‘vaccination is not necessary’ and ‘5G towers will be installed everywhere’, adding: ‘5G enhances anyone who’s got illness from Covid, so they work together.’

There is no evidence to link 5G and Covid-19 and scientists fear that a rise in measles among children can be attributed in part to unfounded fears about vaccines.

At Saturday’s protest, Mr Corbyn again spoke through a megaphone as he was pictured being surrounded by police officers.

Protests against the lockdown have been organised by the UK Freedom Movement the likes of Glasgow, Edinburgh, Nottingham, Plymouth, Southampton and Cardiff. 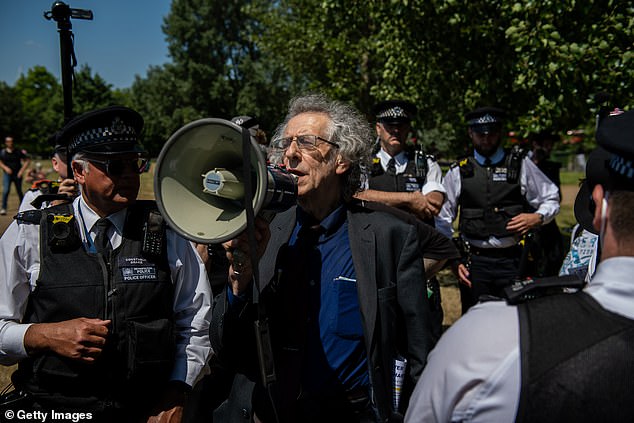 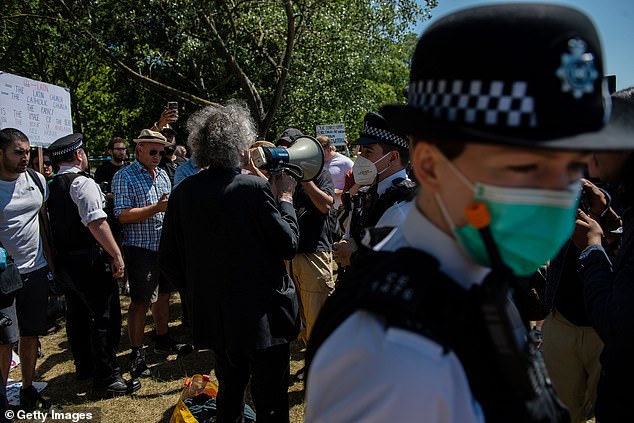 Mr Corbyn had tweeted to his 29,000 followers yesterday that the lockdown was ‘killing more than it’s saving’, adding that it was causing the ‘Nazification of the NHS’.

The protest against the lockdown was separate to the Extinction Rebellion climate change demonstration also taking place one mile away today at Parliament Square.

Referring to both incidents, a Scotland Yard spokesman said: ‘Police are on scene at two locations in Westminster after a number of demonstrators gathered. 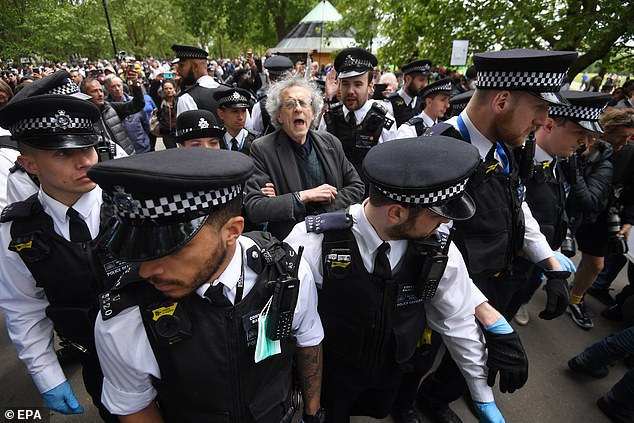 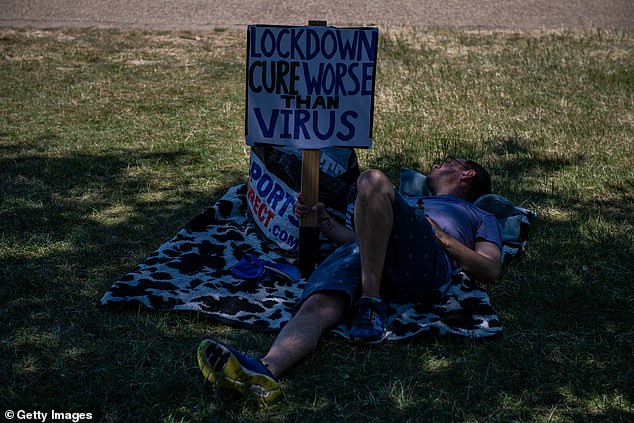 ‘A small number arrests have been made at each site for breach of Covid-19 regulations and some fixed penalty notices issued.

‘Officers are engaging with those present and encouraging them to go home. The majority of individuals have dispersed.’

The police force said it could not give precise numbers of those arrested, and no charges have yet been made. 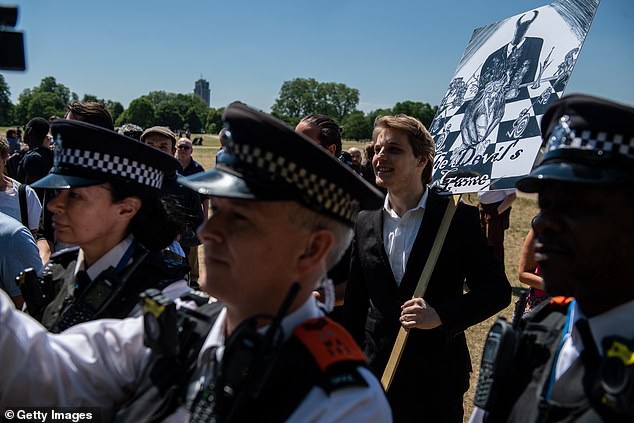 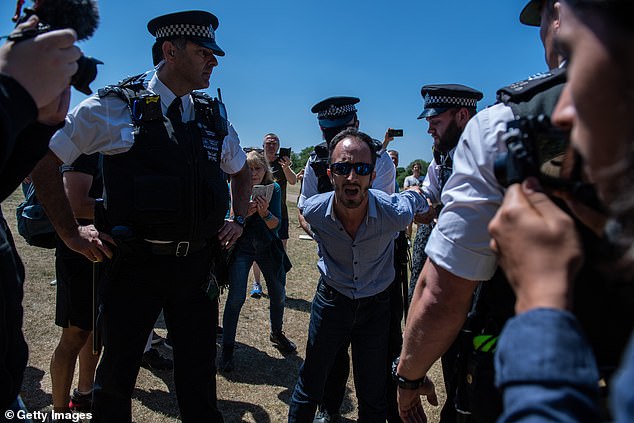