By Sophie Borland And and Ben Spencer for the Daily Mail

The former health secretary said that guaranteeing elderly people ‘dignity and respect’ was ‘unfinished business’ for him.

And he pledged that if he becomes Prime Minister next week he will ‘put this right, once and for all’.

Mr Hunt said: ‘The Daily Mail and its readers deserve huge credit for this campaign, shining a spotlight on one of our country’s biggest ongoing injustices.’

In a veiled jibe at his Tory leadership rival Boris Johnson, he added: ‘Others campaigned for £350million a week for the NHS, but I actually delivered it, and I will deliver for our elderly generation too.’

The Foreign Secretary added: ‘Britain is known throughout the world for its compassion and decency, and I want to lead a Government that [acts] on that.

‘That’s why guaranteeing older people dignity and respect in their final years is unfinished business for me.

‘I delivered a long-term plan for the NHS, backed by £20billion more a week to fund improvements.

‘I fought hard for the same for social care because we cannot ignore the care needs of older people, such as those with dementia. If I were Prime Minister I would put this right, once and for all.’

England’s top NHS dementia official last night backed the Mail’s campaign. Professor Alistair Burns, national clinical director for dementia at NHS England, said: ‘The Mail is right to try to break the logjam and find a long-term solution for dementia and social care alongside our NHS Long Term Plan for the health service.’

Referring to figures which show that one quarter of people in their 80s now live with the condition, he said: ‘Last month the number of older people diagnosed with dementia hit a record high.

‘Even though more people than ever before are able to access the right care, the health service is having to work even harder to keep up as our country’s ageing population and growing pressure on social care presents a real challenge to provide support for older people.’

The Mail has continued to receive a flood of letters from readers, many of whom have been forced to sell their homes to pay for care. 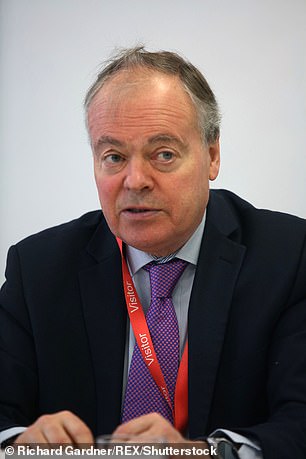 MPs from across the political spectrum have also pledged their support for the campaign.

‘It needs to be done on a cross-party basis so a solution can be found that survives the next parliament and many parliaments to come. It is a massive issue.’

Sir Ed Davey, candidate for the Liberal Democrat leadership, said: ‘I’m happy to back the Mail’s campaign to end the dementia care scandal.

‘It’s just not right that so many families have to deal with the heartbreak of a parent or grandparent suffering from dementia – while at the same time dealing with the anxiety and stress of how to pay huge care bills.

‘All too often this leads to families having to flog off precious family homes filled with memories of their sick loved one. This crisis is only going to worsen. We’ve got to get a grip on it now, and fast.’

And Tracey Crouch, the Tory MP for Chatham and Aylesford, said: ‘Too many people are facing the double whammy of suffering from the condition and then having to deal with additional problems relating to their care, including having to sell their home.

‘The Mail is quite right to highlight that dementia is a ticking timebomb that needs reform now.’

Think-tanks and care organisations – many of which have been calling for change for years – also pledged their support.

Natasha Curry, deputy director of policy at the Nuffield Trust think-tank, said: ‘The next Prime Minister must act quickly and commit to a system that has cross-party buy-in, to shift the decades-long stalemate, and raise immediate money to inject into a desperate system.’