The NHS must use any extra cash to spark a ‘technological revolution’ in healthcare, says Jeremy Hunt.

The Health Secretary warned there needs to be a ‘dramatic transformation’ to counter the demand of an ageing population.

The NHS should continue to lead the world in medical breakthroughs using advances such as artificial intelligence, he added in an interview yesterday.

Calling for major changes, Mr Hunt revealed that ‘sheer physical exhaustion and the constant pressure of rising demand means now is the time to give NHS staff hope of a different way forward.

He told the Daily Telegraph: ‘If the public are going to put more money into the NHS, we must prove that every penny is well spent.

‘The NHS came to define what a 20th-century healthcare system should look like.

‘Could we use the power of technology to define a 21st-century healthcare system as well?’

It also emerged that Philip Hammond has told the Prime Minister he will agree to the NHS receiving extra cash only if it is spent wisely.

The Chancellor is said to have agreed to a three per cent rise, which could come from tax hikes announced in the autumn Budget.

Theresa May is expected to announce a major funding boost in time for the health service’s 70th anniversary on July 5.

But Mr Hammond has reportedly attached conditions to the funding boost amid concerns the money will be wasted. 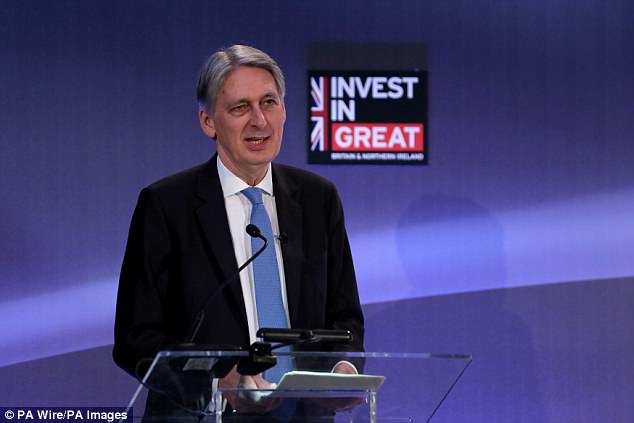 The NHS is notoriously economically inefficient and reports have highlighted how hospitals waste millions on overpriced equipment, pills and staff holidays.

Mr Hammond has urged his colleagues to put pressure on NHS bosses – including chief executive Simon Stevens – to take control over how the money will be spent.

A source close to the Chancellor told The Sunday Times: ‘If we make a decision to make health spending our top priority, people have to be clear that there won’t be large sums of money for much else.

‘There are demands for the police and defence, but ministers will have to accept we won’t be able to do everything.

‘Philip thinks the public are pretty sceptical about the efficiency of the NHS and whether they themselves should be out of pocket.’